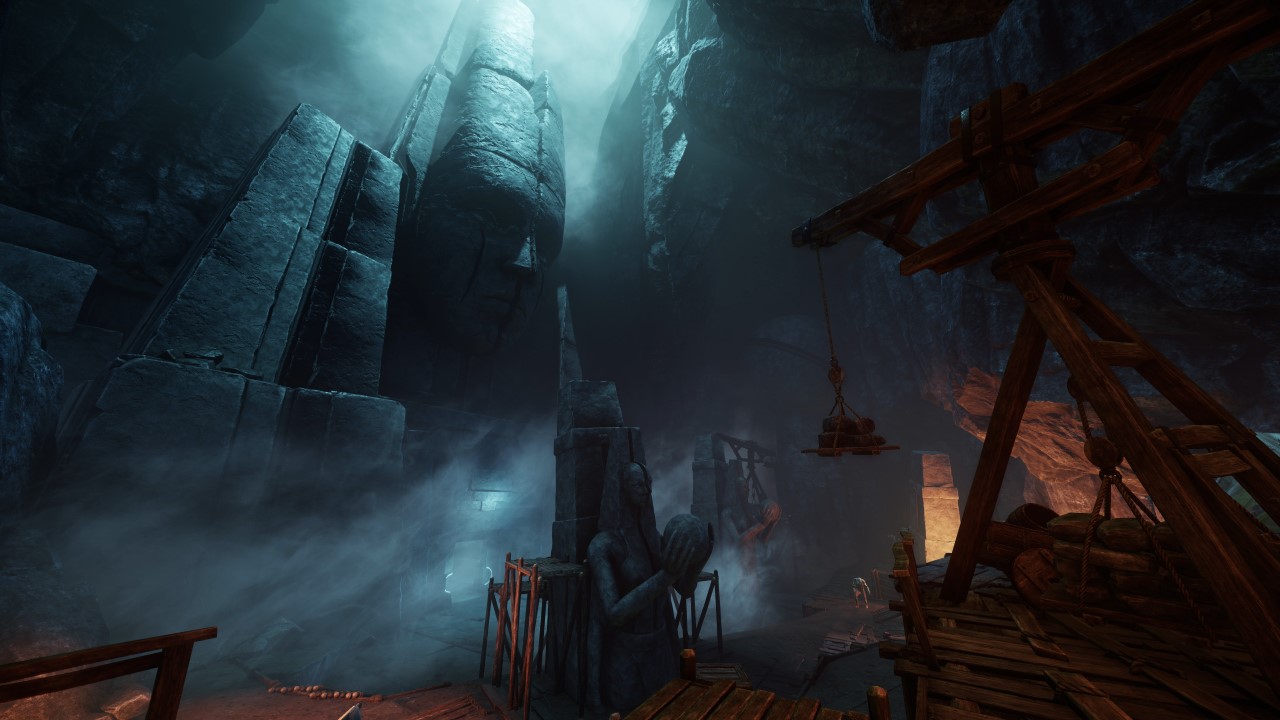 Recently I had a chance to sit down with Amazon Game Studio’s New World, alongside other members of the press and content creators. We ran the new Amrine Excavation Expedition, a level 25 “starter” dungeon set within a foreboding set of underground ruins. I was fairly pleased with what I played, and I came away more optimistic for New World than I was before. That said, I still have some lingering concerns I hope are addressed before the MMO launches on PC at the end of August.

Dive into the Amrine Excavation to learn what happened to the lost crew.

The Amrine Excavation is the first of New World’s six Expeditions – recently added dungeons that have been built from the ground up since last year’s preview event -players will encounter while leveling. Upon reaching level 25 players can form parties of up to five and then rally up at the entrance to dive into the underground Ancient ruins for loot, glory, and some good ole-fashioned team-wipes.

The narrative hook for the Amrine Excavation is simple: famed researcher Simon Grey and his team were exploring the ruins beneath Amrine, but they suddenly vanished. You and your team have been tasked to learn what happened to them, so you throw on your best leveling armor and get to work.

Thematically, the dungeon is based around the precursor Ancient race, featuring monolithic statues and halls that would feel right at home in Ridley Scotts’ Prometheus. Before you can reach the ruins proper however, you and your team must first press through the mines leading to them. Problem is the Amrine Excavation is infested with the Lost – New World’s undead faction. 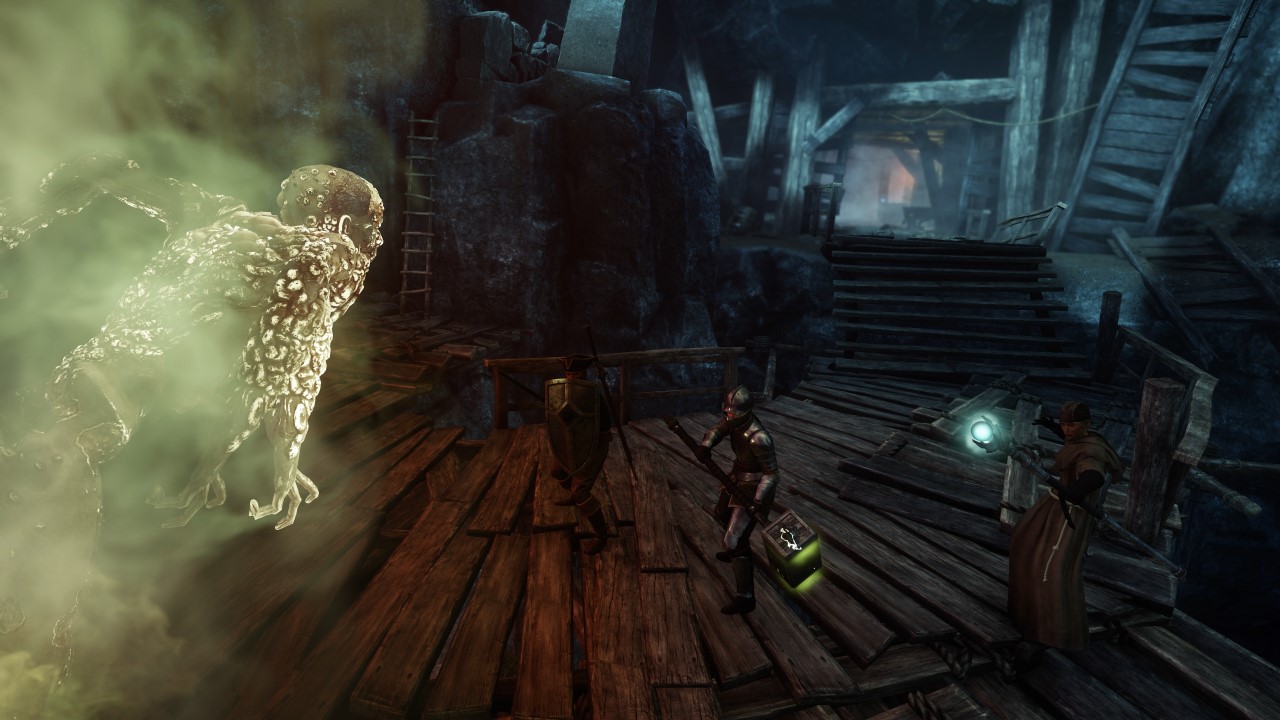 The Expedition was fairly straight-forward, a facet the developers stated was intentional since Amrine is the first dungeon players will visit in the MMO. While there was a fairly basic puzzle within, it was noted that later Expeditions are less linear and feature more complex mysteries. I can’t evaluate the veracity of these claims, but I can say I walked away from Amrine fairly impressed.

The dungeon didn’t do much for me aesthetically – at this point I’ve ran so many different “underground ruin” dungeons across all the MMOs I’ve played – but the flow and pace of the Expedition felt about right. The enemy packs weren’t too dense and featured some nuance (such as the undead burrows we had to destroy to stop our foes from respawning), the side paths had rewards and lore tucked away in their far corners, and the boss battles were mechanically sound.

Overall, Amrine Excavation doesn’t rewrite the PvE dungeon playbook, but it does apply the lessons within well-enough to be enjoyable. The lack of a proper “tank” certainly made things hairy, but there are gems that can be slotted into armor now that increase the amount of threat certain weapon abilities generate. We didn’t have any armor with the requisite gem slots to utilize these, but we managed to survive thanks to our teammate running the Life Staff.

If you’d like to see the Expedition for yourself you can check out my impressions video above. I culled 50-minutes of footage down to 10, and the video should give you a good idea as to what to expect from New World’s first Expedition. If Amrine Excavation is any indication I believe the team is on the right track with their Expeditions, but I still have a handful of lingering concerns.

First and foremost, players can’t join after you’ve entered an Expedition. That means if someone drops you can’t backfill their slot, and having ran Amrine with four players I know full well you need a complete roster to clear the final boss. In short, if someone in your team bails you will likely have to kiss your run goodbye. Considering it takes nearly an hour to clear the Amrine Excavation that’s an absolute punch to the gut.

My other large concern has to do with scaling, of which there isn’t any. The first four Expeditions in New World work similarly to the leveling dungeons found in Final Fantasy XIV and World of Warcraft. They do not scale up or down, and the gear drops at a set power level. Normally this wouldn’t be an issue with me, but New World will only have two Expeditions at endgame. That’s . . . slim, to put it lightly. 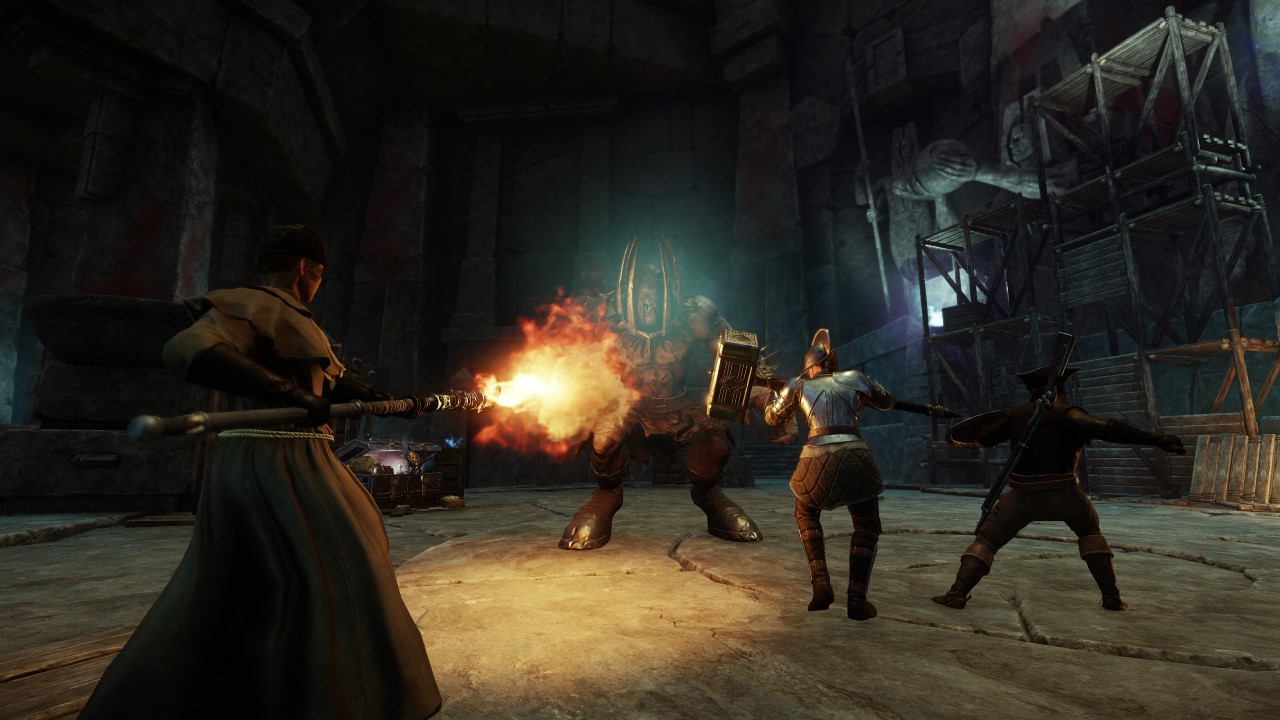 If Amazon Game Studios can maintain their current content cadence after launch then I foresee the lack of endgame Expeditions being solved rather expeditiously, but they could have bought themselves some time had they decided to feature max-level variants of Amrine and the three other leveling Expeditions. In theory it’s a simple fix, and all that unique loot in each Expedition would be put to better use in endgame players’ hands. I don’t know why Amazon is side-stepping this concept, but I believe it’ll bite them in the ass at launch.

The lack of a proper matchmaking tool is arguably another strange decision. We’ll have to wait and see how well the community bands together in the final game, but in 2021 matchmaking for dungeons is a bit of a mandatory quality-of-life feature. I know there are many who would rightfully debate how automatic party-finders are anathema to thriving, social communities within a game, yet I’d argue no one likes spamming chat outside a dungeon for hours on end. A party-finder that works like a sign-up board (similar to FFXIV’s) would be a fine middle-ground, but I feel at this point the players will have to build their own outside of the game. 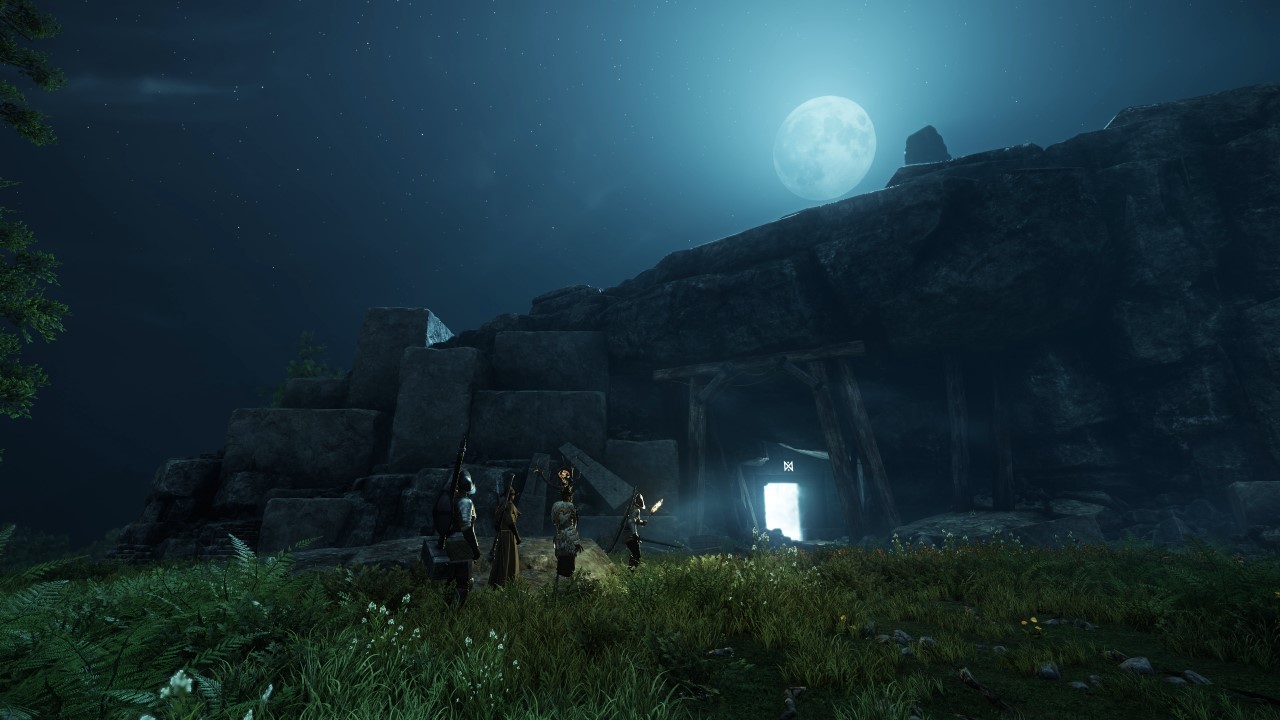 We’ll have to wait and see what Amazon does in the coming months. They’ve been absolute crushing it with the Alpha updates since the last preview event, and they’ve clearly been iterating based on player feedback. Something tells me a few of my complaints will be brought up by others during the July 20th Closed Beta, so I lowkey expect one or two of them to be addressed (except the dungeon scaling unfortunately).

New World is coming together nicely, and I had a good time with their first Expedition. The Amrine Excavation won’t win any rewards for innovation, but it works well-enough as your standard MMO dungeon. The loot was plentiful and the encounters fun, which I can’t say for every MMO dungeon I’ve ran. We’ll see which pinch points remain when New World launches August 31st of this year.