The team needs more time to flesh out and polish the endgame. 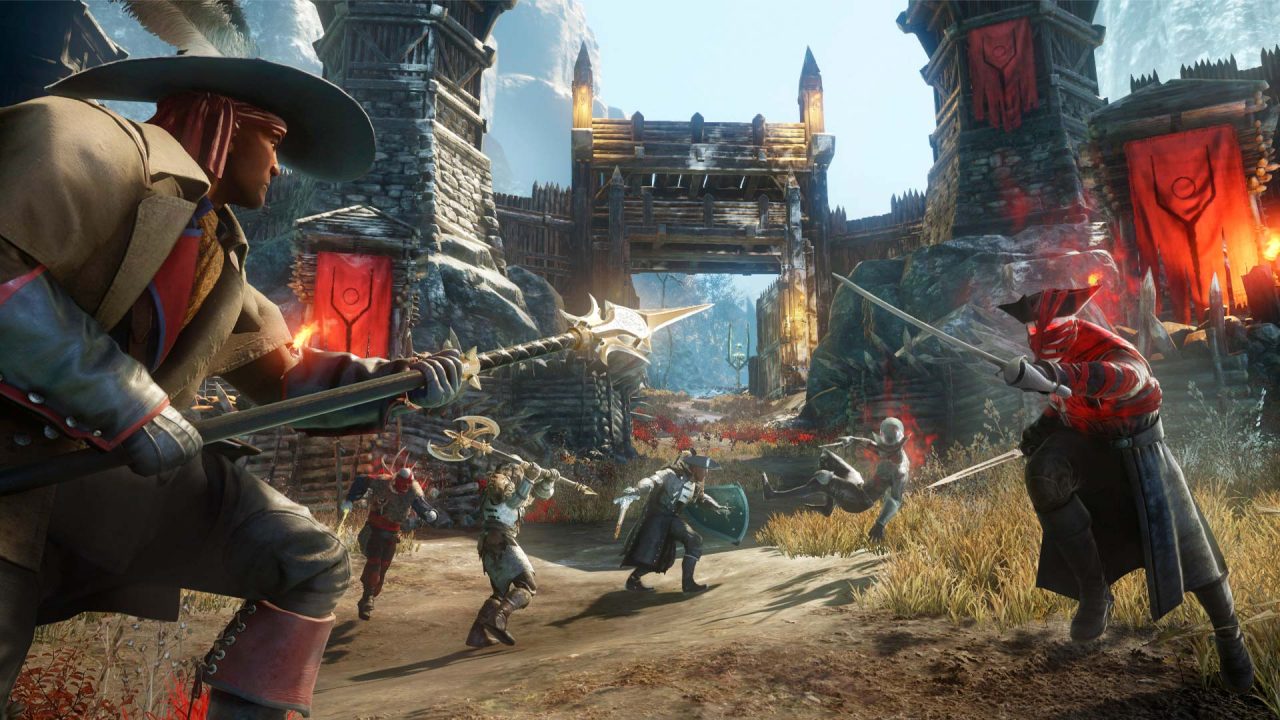 Amazon’s first major foray into gaming may have landed with a wet thud, retreated, then evaporated into thin air, but that hasn’t stopped the megalithic corporation from trying to break into the industry. New World, their upcoming MMO set in a pseudo-fantasy version of the Age of Discovery, was slated to release this spring, but in a dev update posted over on their official website today the team announced they are delaying the game until August.

New World’s release date has been pushed back to August 31st. Game Director Scot Lane stated in both the article and in a video posted to YouTube that he and the team wanted more time to better develop New World’s mid and end-game features, to include three new additions revealed today. It’s a sensible move – many MMOs have been put to rest simply because they lacked an end-game at launch capable of hooking long-term players – and August isn’t that far away.

The three new features announced in the New World dev update appear worth the wait, though we’ll have to wait until the Closed Beta test that kicks off July 20th to know for sure. The first is a new end-game zone called Ebonscale Reach, a region “filled with lush wetlands and towering cliffs . . . .” The zone is clearly inspired by ancient China (as you can see in the video below), and players will have to take down an exiled empress who is “. . .building a corrupted fleet there that could threaten the entire world.” You know, the usual “end of the world” RPG trope.

Expeditions are the second new feature coming to New World: five-player dungeons full of loot and remarkably hostile monsters. If you’ve ever played an MMO before then you know what to expect from Expeditions – you’ll join up with four other players, enter a dungeon, and then scramble as the “tank” tries to hold aggro while the healer panic-heals the damage-dealers that refuse to move out of the giant pile of deadly stupid on the ground. Ah, good ole’ dungeon grinding.

Naturally, PvP-players will also have a new mode to look forward to thanks to New World’s third new feature. Outpost Rush is a 20 vs. 20 battleground where, “you and your team will vie for control of strongholds and strategic resources—and you’ll need all your combat prowess and collective wits to win.” In other words, prepare to get your ass kicked as you try and storm the outpost, because siege warfare is violent business.

You can read a bit more about the new features and why New World was delayed in the dev update here, or you can listen to Scot Lane explain it himself alongside some footage of the new features in the video below. New World will launch August 31st for PC and (possibly) Amazon Luna. New World has been mostly off my radar, but as the resident MMO nerd here at AttackoftheFanboy.com I’m likely going to dig into it when it launches. I’ll definitely keep my eye on the Closed Beta when that rolls out July 20th.