No Man’s Sky Review: In Progress

The latest news in the world of video games at Attack of the Fanboy
August 10th, 2016 by William Schwartz 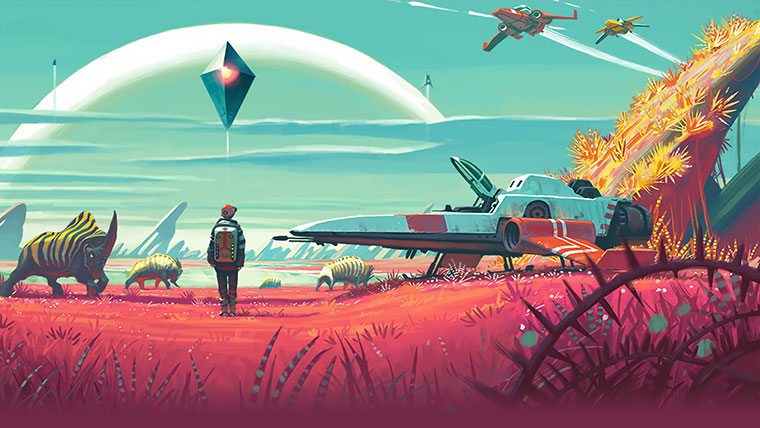 No Man’s Sky is easily one of the most aniticpated games of the year, but reactions have been mixed since launch.  Was it hyped too much?  Is it worth $60?  Is it boring?  Some people who are excited about this game have no clue what it really is.  Kyle & I talk about No Man’s Sky in the video below for about a half an hour after playing the game for about 15 hours.

While we’re not quite ready to put a score on the game, my first impressions can be found in the video below.  Here’s the gist…  No Man’s Sky isn’t for everyone.  It’s a combination of the busy work and exploration found in MMOs, the crafting and survival systems from a game like Minecraft, and the farming that Destiny 1.0 contained.

No Man’s Sky is a beatifully presented game though.  It has a wonderful soundtrack. A beautiful, varied color palette give each planet in the massive universe some variation and there seems to be plenty to keep you occupied, assuming that you enjoy the core gameplay loop.

Our full review for No Man’s Sky will be published later this week.  You can find more of our videos at YouTube.com/FanboyAttack