No, You Don’t Really Need an FFXIV Class Tier List 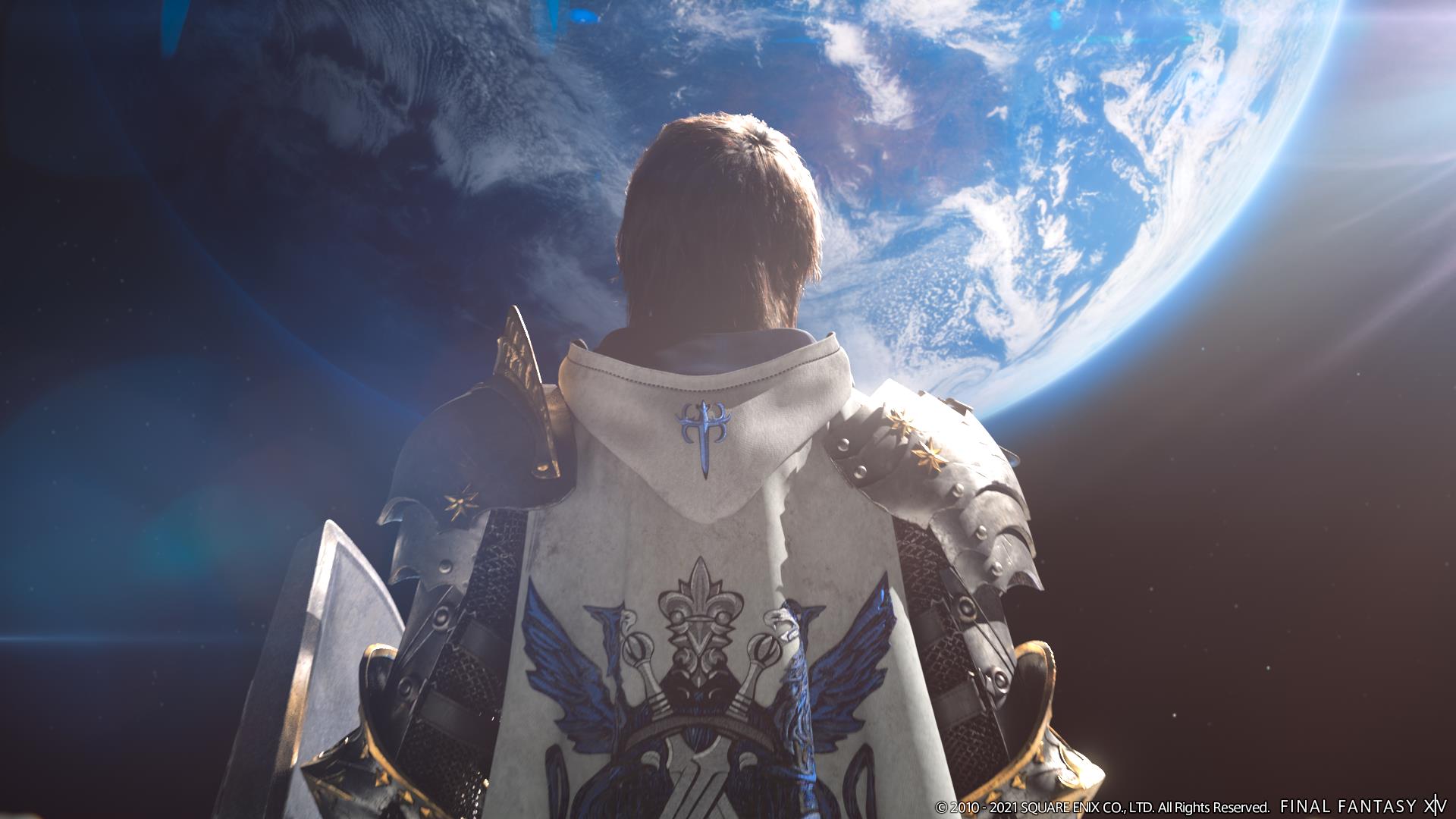 Did you just search for an FFXIV Class Tier List and wound up here? Well, before you continue your search, let me just say that they don’t matter. While many MMOs have undisputed “best” classes, FFXIV doesn’t exactly work that way. This is largely in part thanks to the dev team working their butts off to ensure if you pick a job that you like and play your heart out, you will be able to match and exceed a class with higher “potential” damage, healing, or defensive output. You may be asking “what the heck does this internet person know?”, and you’d be right. For the most part, I’m just a fan of the game like yourself but if you’re searching for this topic, it means you’re either looking to start the game on your best foot or are looking to reach the pinnacle of end game. Give me just a few minutes of your time to explain why picking a job you like versus the “best in the game” is far more important.

Not One Class Fits All

Almost every FFXIV Class Tier List I’ve bumped into is chockful of inaccuracies and personal bias. Heck, just yesterday I found this tidbit on a different gaming media site published yesterday. Luckily, it has since been updated but in regards to Machinist (which they also put in the lowest tier alongside Warrior) “The Machinist is another ranged DPS class, but it features a gauge that indicates its weapons overheating. Overheating prevents the job from using a number of its skills for a period of time, which can tend to be more of an annoyance than anything else.”

Remember today when you got on your machinist and your gun overheated and slowed down your DPS. No, that didn’t happen? Was that maybe a blurb from back when the cap was 60 and before its major rework? All sarcasm aside, this was clearly written by someone who has either not played the job in a long time or just doesn’t play the game at all and used outdated information to build their list. It’s these inaccuracies and lack of attention that make every FFXIV Class Tier List moot or straight up unreliable. What’s more, FFXIV is mostly focused on PvE content. Tier Lists originally became a thing due to Fighting Games where there are tangible tournament results and matchups to compare between. Unlike other MMOs where you get to pick between one skill or another (at the time of this writing), all players are given the same kit to work with on their chosen job. So you don’t have a hotshot Machinist versus a drill Machinist, you just have Machinist. Most veterans will encourage players to just play what they like and I strongly second that advice. Don’t worry about what is currently “the best” but instead find a job that you really enjoy playing and feels right for you. While playing Samurai may be a great fit for a lot of players and has nice damage spikes, fighting that close to the enemy may not be your cup of tea. Similarly, playing Astrologian because everyone on Reddit said to but staring in awe at a White Mage as they pull out their beautiful wings of light, may mean you should swap to WHM rather than feeling trapped in your starry night robes. The term “you don’t pay my sub” comes to mind.

Play around with every job and role since you’re not locked to any of them. Heck, if it turns out you love Tanking when you didn’t think you would, pick the tank you like the most and start learning how to tank inside and out. Just because some say a job has the highest potential X or Y doesn’t mean that every player can pull that potential out of that job. So pick the class you feel most comfortable on and actually enjoy and reach that pinnacle. The more time you pour into the job of your choice, the better your results will be in the end. So with that in mind, here’s a quick personal experience of mine.

After a rather long hiatus (I do that), I found myself relearning my stride as a Scholar. New content was out and as most returning players do, I was pushing through it as quickly as I could to catch back up on Main Story Quests, Dungeons, Raids, and beyond. On one particular Normal Raid, I think it may have been Eden’s Verse but don’t quote me on that, we loaded in, and within a few seconds after everyone had said their hellos followed by one of the DPS exclaiming in party chat, “Scholar?? LOL”.

I was devastated. Scholar was my healer of choice and I had never had someone insult me for picking and playing it before. The party remained unnaturally quiet for a while after this and as we engaged the boss, I watched the White Mage (WHM) I was paired with to see if they were doing something particularly better than I was. Healing better. DPSing better. Moving better? I watched them for the first couple of minutes of the fight as I pushed myself to keep the mechanics of the battle in the front of my mind. I popped my Sure Cast ability to ensure I didn’t get pushed off from the knockback the boss was readying. I queued my AOE heal and glanced over at the party life bars just in time to witness the WHM and two DPS (including the LOL-er) being instantly killed by the knockback. 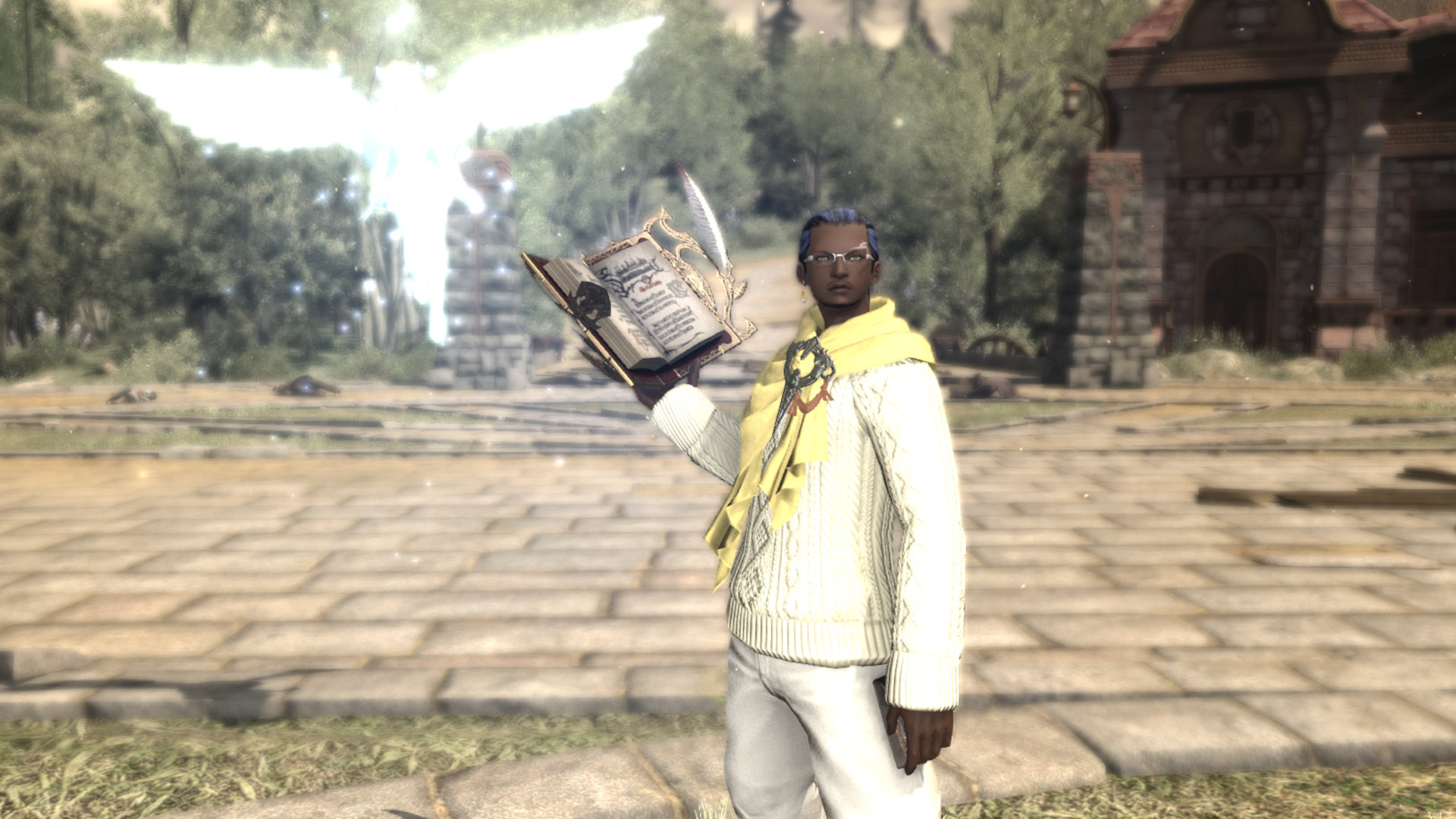 What the DPS with the loudmouth didn’t know was I am a career Scholar. My experience wasn’t just made in the few months of this content being out but cultivated over years of playing Scholar in Raids starting with the original Coil of Bahamut before Heavensward or unsynced were even a thing. While my gear wasn’t the best nor was I playing the “best healer for the meta”, none of that mattered as the other healer was lying dead on the floor and my job was to now keep the party going long enough to recover. And so I did but it didn’t end there.

The rest of the fight was an uphill battle. My MP ran out constantly and I found myself popping X-Ethers and lucid dreaming on cooldown, tanks were popping more cooldowns than normal to mitigate their own damage, and the DPS became ballerinas perfectly dodging each and every AOE and performing every mechanic perfectly. The whole time I continued to raise the WHM who would just eat it on another mechanic shortly afterward. By the end of the fight, a silent sigh of relief was heard from all of our collective ends as we began to roll on our loot. The DPS from earlier remained silent as the WHM who was supposed to be better than Scholar in the current meta revived themselves in shame. I was not surprised in the least to receive just four commendations and none of the loot as that’s just how the game goes. Maybe one day I’ll taste the sweet nectar of seven commendations once more.

I share this story with you not to show how badass and great I am at the game (I’m decent at best), but instead to share that this is just one of the thousands of similar stories that seasoned adventurers can share. I’ve encountered many career players who chose and continue to play the job they like and refuse to swap with the meta or new tier list. Regardless of the situation they find themselves in, they usually out damage, out heal, and overall outperform bandwagon trend followers. Skill and experience matter so much in FFXIV so don’t let an FFXIV class tier list convince you that your job of choice sucks. Stick with it and prove the haters wrong instead. Well, unless they remove my healing fairy buddy because then I’m becoming a white mage… I mean what kind of dumb as…

Final Fantasy XIV is available on PC, PS4, and PS5. Be sure to check out our other FFXIV Guides while you’re here!