Return to Inaba with this fine port.

If you had asked me whether or not I believed Persona 4 Golden would ever escape the PS Vita I would have laughed at you. Not because I thought it was impossible, but I would have wagered we’d see Persona 5 ported to death long before Persona 4 was shown any love. Well, now you know why I’m not a better man, because Persona 4 Golden surprise launched on Steam a little under two weeks ago. I’ve been kicking the tires of the port, and while it doesn’t break new ground it’s surprisingly solid.

Historically PC ports from Japanese developers new to the platform have been rocky at best, broken at worst. Persona 4 Golden is eight years old (twelve if you count the original PlayStation 2 release in 2008), so it wouldn’t have come as a shock if the recent port was the PC Vita version of the game wholesale: same resolution, same frame-rate, and zero keyboard and mouse implementation. That’s thankfully not the case here, though it doesn’t push any boundaries either.

Everything that made Persona 4 Golden special in 2012 has made the jump to PC. You’re still solving a series of murders in the Inaba region with your growing cast of friends, balancing your social life between dungeon delves, and collecting personas to increase your power within The Midnight Channel. This is the same sublime, five-out-five experience, just now on PC. Knowing Persona 4 Golden can finally reach a far wider audience now is heartwarming, to say the least. That said even a fantastic game isn’t worth playing on a new platform if the port is a hot mess, and I’m happy to report that isn’t the case here.

Allow me to be candid for a moment: Persona 4 Golden still looks like a PlayStation 2 game, albeit a less jagged and blurry one thanks to HD and UHD support. Textures are the same as they were back in 2012 on the Vita, meaning environments can look outright muddy at times, but there’s enough visual flair to keep the game from becoming a complete eye sore. The increased resolution is appreciated nonetheless, with support up to and beyond 4K. You can even boost the resolution by 200%, which you may as well considering modern hardware can more than handle Persona 4 Golden’s decade-plus old graphics. 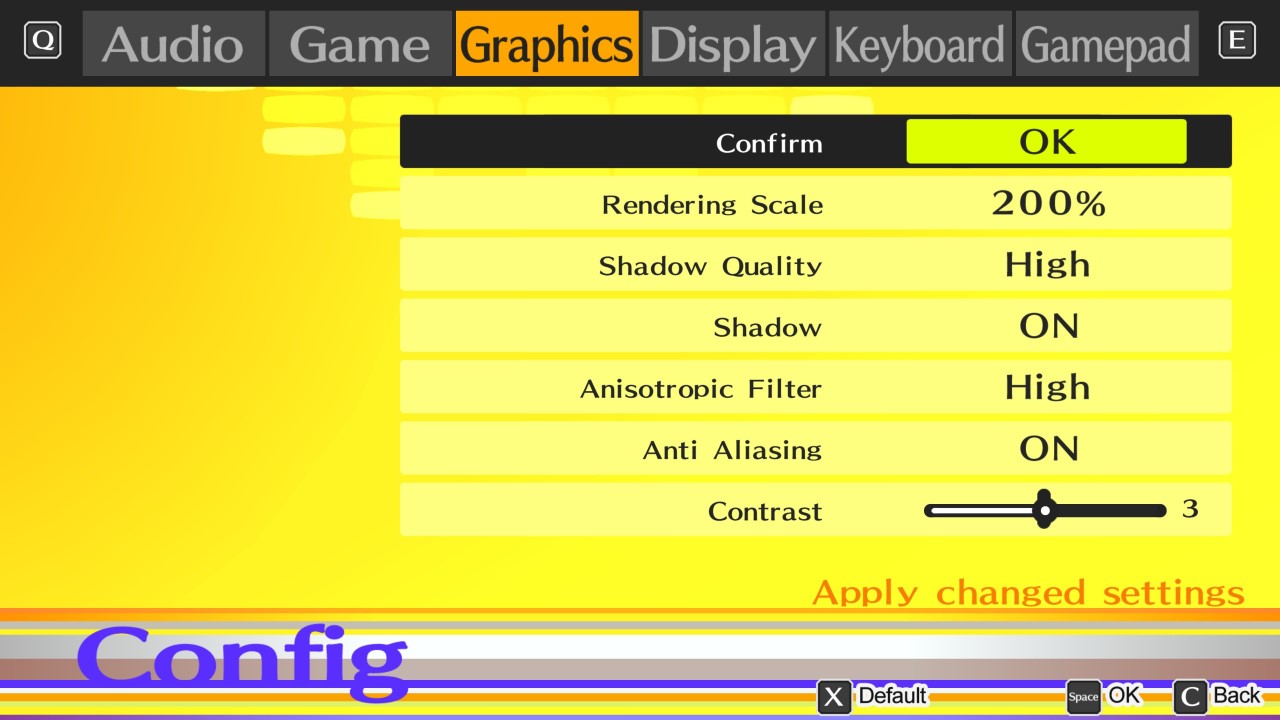 Even the framerate has received a pleasant boost beyond the original 30 FPS cap, though there are issues. Enabling V-Sync will lock the game to 60 frames-per-second, and there isn’t an option to pick an arbitrary limit. Turning off V-Sync allows the game to run at an unlimited framerate, but also introduces heavy horizontal screen tearing to the game. Even manually enabling V-Sync via the Nvidia Control Panel locked the game to 60 FPS, so fans looking to play Persona 4 Golden at higher framerates than that will have to make peace with the screen tearing. Furthermore, higher framerates increase the amount of motion blur present in the game, at least while running around town. It’s jarring, to say the least, so most players are better off leaving V-Sync on.

As for graphics settings these are all fairly limited. You can increase the render scale up to 200%, alter the Shadow Quality (Low, Med, High), turn shadows on or off, adjust anisotropic filtering (Off, Low, High), and either enable or disable anti-aliasing. While that’s more here than even I was expecting, these settings are not what you’d call robust. Then again, Persona 4 is a PlayStation 2 game, so even these handful of settings go a long way in cleaning up the overall image as compared to what we saw on the Vita.

While not the most technically complex of ports, Persona 4 Golden for PC was clearly put together with some thought and care. Now that Atlus has brought Persona 4 Golden over to PC I’m hopeful the floodgates are open to other ports here in the future. The game has performed well since debuting on Steam, so maybe we’ll see ports of Persona 3 and 5 at the very least in the near future. 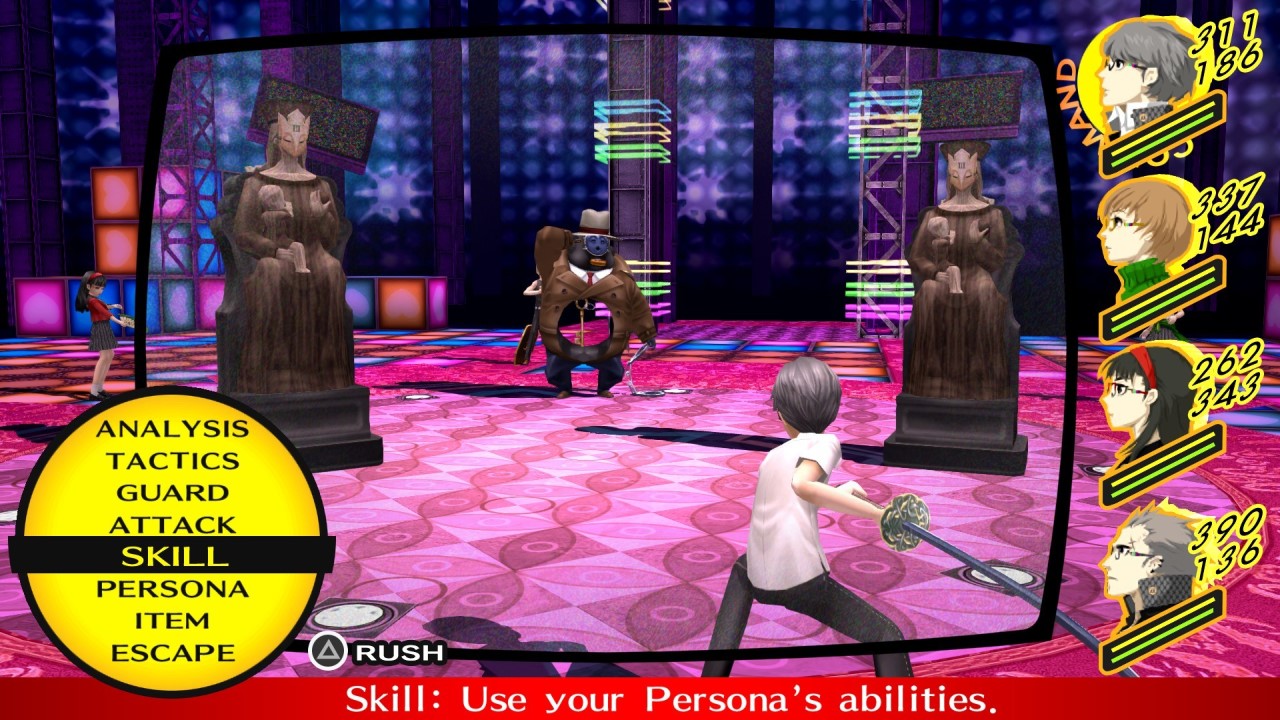 Otherwise, Persona 4 Golden remains one of the greatest JRPGs ever made. The story is an impactful today as it was twelve years ago, the cast is arguably the finest in the franchise, and even the combat holds up well under scrutiny. Persona 5 may have polished the formula to near perfection, but that doesn’t mean Persona 4 Golden isn’t worth playing today. At $20 it’s a fair deal for what remains a lengthy, stellar experience.

If you want to know what we thought of Persona 4 Golden proper then be sure to check out Will’s review for the original PS Vita version of the game. What he wrote in 2012 remains true in 2020, and the PC port is the best way to finally play Atlus’ masterpiece for yourself. It may not be the most robust of ports, but it does allow fans to enjoy the game at visually more appealing resolutions and an increased framerate with decent keyboard and mouse implementation. At the end of the day that’s a solid win for both fans and Atlus.