There Is Absolutely A ‘Heat Of The Moment’ In Video Games

The latest news in the world of video games at Attack of the Fanboy
September 13th, 2017 by Jelani James 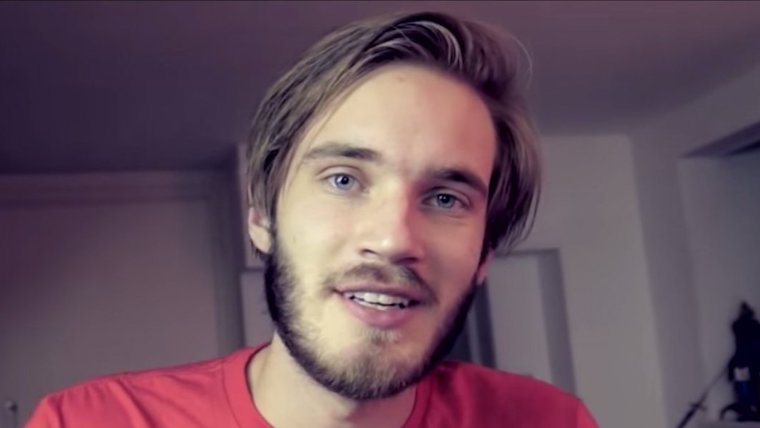 It’s been a few days since Felix “PewDiePie” Kjellberg turned himself into a pariah within the streaming community after he was shouted the n-word during a livestream. He has since offered an apology and many sites have reported as such, including ours.

The piece is great overall and touches upon important facets of the incident and the resulting fallout, such as the fact that context is irrelevant, there is no excuse for him using the n-word and how many who defend PewDiePie foolishly try to argue that “they’re entitled to their worst behavior.”

I didn’t find myself disagreeing with any of his points as I read it through, but the notion of there not being a “heat of the moment” kept nagging me, so much so that I felt obligated to write this.

Here’s the bottom line as far as I’m concerned: there is absolutely a “heat of the moment” in video games, but the issue is that of all the things that PewDiePie could have said on stream in front of millions, he chose to say the n-word.

Before I continue, I need to say definitively that I’m not defending PewDiePie. I’m not personally offended by the word — despite me being black — but there’s no escaping the fact that what he did was wrong in essentially every way imaginable and potentially showed his true colors as a human being.

With that out of the way, allow me to continue. As stated before, there is absolutely a “heat of the moment” in video games. These are the times when we do things that are sometimes unlike ourselves, often due to the presence of a strong emotion. For example, surely you could attribute assaulting someone after they crash into your car or even murdering someone after finding out they’re having a relationship with your significant other (an extreme example, I admit) as a result that came in the “heat of the moment.”

But why are video games exempt? Yes, video games are meant to be played for our enjoyment, but it would be simply fallacious to believe that playing them can’t give rise to various negative emotions and the actions that come soon after depending on the situation.

As someone who mostly dabbles in single player games (primarily JRPGs), I’m usually immune to this behavior. Not just because of my skill level, but because the medium typically doesn’t allow for it. However, I do also play multiplayer games and that is a completely different ball game. When I get frustrated or annoyed due to the actions of other players, I’ll curse a bit and become visibly upset.

Of course, people react in different ways to similar situations. For example, while I may occasionally curse in rapid succession, others may get violent. One notable instance of this was during a Street Fighter IV tournament at Next Level Battle Circuit in 2014 when Sanford Kelly famously threw his stick on the ground (breaking it as a result) following a loss to Rico Suave. Throwing a controller definitely qualifies as a “heat of the moment” response and its one thing that many have done more often than they would care to admit. Surely, no one in their right mind would willingly break a $40 piece of equipment, much less a $100+ one.

The bottom line is that there definitely is a”heat of the moment” in video games and people can do seemingly uncharacteristic actions as a result. Of course, it being a “heat of the moment” response isn’t an excuse nor does it protect you from shame, guilt or punishment — I got chewed out by my parents when they caught be cursing like a sailor in the past, and Sanford Kelly became an object of ridicule for the following weeks and had to buy a replacement stick. Perhaps you could make mention of someone’s maturity level for reacting in these ways, but that’s another discussion for another time.

The issue with PewDiePie, however, is that in the “heat of the moment,” a time which his defenders claim people are entitled to their worst behavior, his first instinct was to say the n-word. His words had to come from somewhere and its not like he had just the word for the first time a day before and thought it would be cool to say it on stream in front of millions. Words that you say in an outburst are usually ones that you’re familiar with and the fact that he said it on a stream (as an insult no less) speaks volumes.

Now, I’m not saying that PewDiePie is a racist (though his past comments could give some pause for thought), but one really has to wonder what is going on under the hood. Remember, PewDiePie is his public persona, the one whose rise to the upper echelons of the YouTube world is marked by screaming like a lunatic while playing Call of Duty. Conversely, a significantly fewer amount of us are familiar with Felix Arvid Ulf Kjellberg, as an individual. Is the n-word a term that he uses often in his private life? Does he truly understand the weight the term carries? Why of all the words at his disposal did he use that one?

We’ll probably never know, but it doesn’t really matter. The fact is that compared to me who screams assclown or someone who breaks their controller, PewDiePie’s go-to word was ****** and regardless of him being in “the heat of the moment,” doing so in this manner is absolutely indefensible.