The latest news in the world of video games at Attack of the Fanboy
September 12th, 2017 by Jelani James 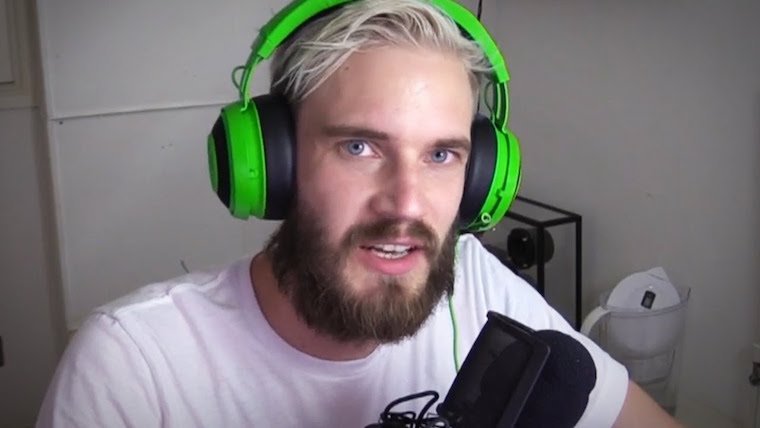 Felix “PewDiePie” Kjellberg has posted an apology for saying the n-word during a recent livestream almost two days after the initial incident occurred.

“I’m disappointed in myself because it seems like I’ve learned nothing from all these past controversies,” Kjellberg said. “It’s not like I think I can say or do whatever I want and get away with it, that’s not it at all — I’m just an idiot. But that doesn’t make what I said or how I said it OK. I’m really sorry if I offended, hurt or disappointed anyone with all of this. Being in the position I am, I should know better.

In case you’re wondering what “these past controversies” refer to, he’s referencing an incident earlier this year where he made several anti-Semitic remarks during his videos which resulted in YouTube canceling his YouTube Red series, Scare PewDiePie, and Disney-owned Maker Studios dropping him from their service.

Amusingly enough, his first instinct was to to point blame at the media when news of that incident first broke and while he did issue a “legitimate” apology soon after, it wasn’t until a violent rally organized by neo-nazis in Charlottesville, Va. last month that he seemed to truly understand the seriousness of what he had done several months before, going so far as to post a video where he distanced himself as far as he could from that ideology.

“If for some reasons Nazis think it’s great that I’m making these jokes, I don’t want to give them that benefit,” Kjellberg said at the time. “So I’m going to stop doing it. Nazi memes, they’re not even that funny anymore. It’s sort of a dead meme. So just to make it clear, no more.

“It’s not me censoring myself, it’s more like I don’t want to be part of this.”

However, not even a full month has passed since then and he is back at it again. Unfortunately for him, the punishment for this repeat offense has been harsh, with Sean Vanaman, developer on Firewatch and co-founder of Campo Santos, tweeted that he would be filing copyright issue takedowns of any video Kjellberg posted playing through the studio’s present and future games. Not only that, but fellow members of the streaming community has called him out for his actions, noting that his actions have far-reaching consequences as the “face” of the YouTube streaming community.

At the very least, PewDiePie was quick enough to offer a “proper” apology this time around without trying to blame the media. Though, honestly speaking, it won’t be too surprising if something like this occurs again in coming months.

Watch the full apology video below: