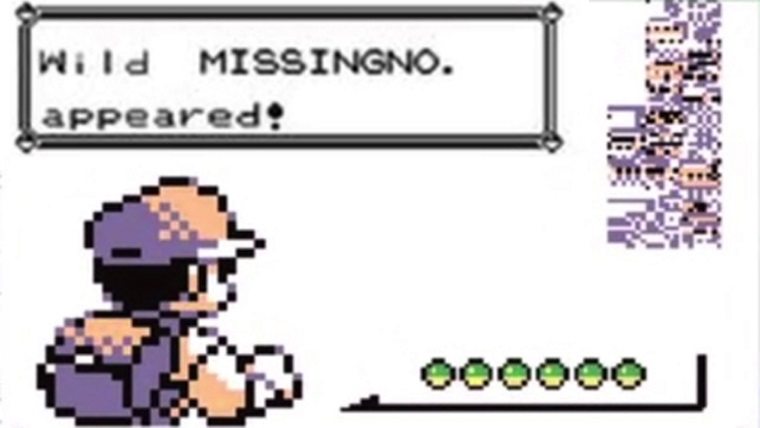 Going to a gaming convention can be one of the most fun things you will ever do. There’s just something about the energy of getting tens of thousands of people under one roof, all excited about one thing: video games. Due to this, these conventions have built up over the years to a massive scale, forming their own tight-knit community of fans and gamers.

One of these groups is the cosplay community, whose creations make gaming conventions that much better for everyone else. At last weekend’s PAX East 2016, there were tons of amazing cosplay characters, and we’ll be highlighting them all in our massive gallery coming soon. However, one stood out to us: Missingno. 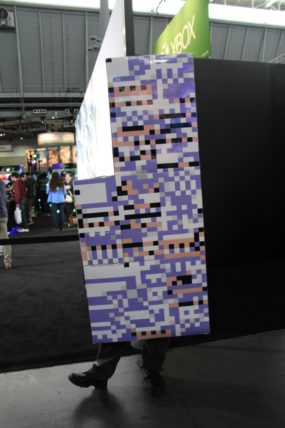 This Pokemon cosplay, seen on the right, might not be the most technically challenging, and I’m not saying it was the best that I saw at PAX East 2016. However, it combined so many elements that exemplify what is so amazing about cosplay and PAX in general.

Seeing this Missingno Pokemon cosplay on the show floor was genuinely fun and hilarious, bringing back nostalgic memories of trying to catch the glitched out Pokemon back on the original Game Boy. The craftsmanship is great, totally evoking the character, and when I asked for a picture he/she posed happily.

The final thing that took this into the realm of being singled out happened as I was about to walk away. I quickly thanked the cosplayer and began to turn when they flagged me down. Their hand popped out of a hole in the front, holding a piece of paper. Many times cosplayers will hand out business cards, so you can contact them about their pics, which is what I assumed this was. Instead it is what you see below. 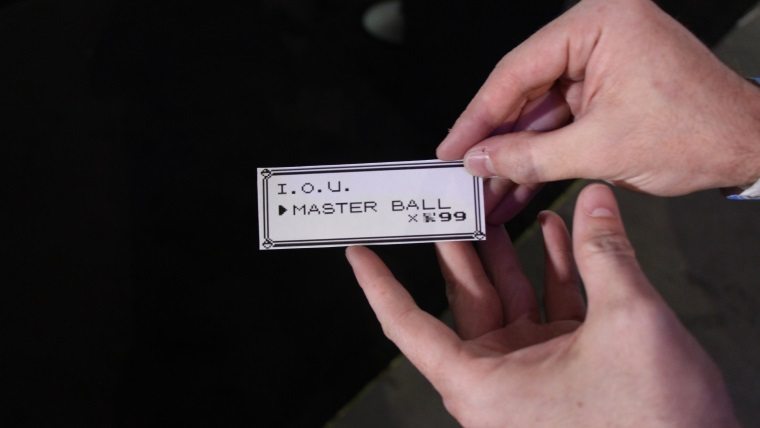 Genius. Such a great idea, and a nice mix of everything that is great about cosplay and PAX. A fan just wanted to share his or her love with others and did so in a unique, engaging, and truly fun way. There is a lot more great cosplay that you’ll see from PAX East 2016, but this one deserved a bit of credit just for surprising me after all these years.