The latest news in the world of video games at Attack of the Fanboy
August 15th, 2017 by Kyle Hanson 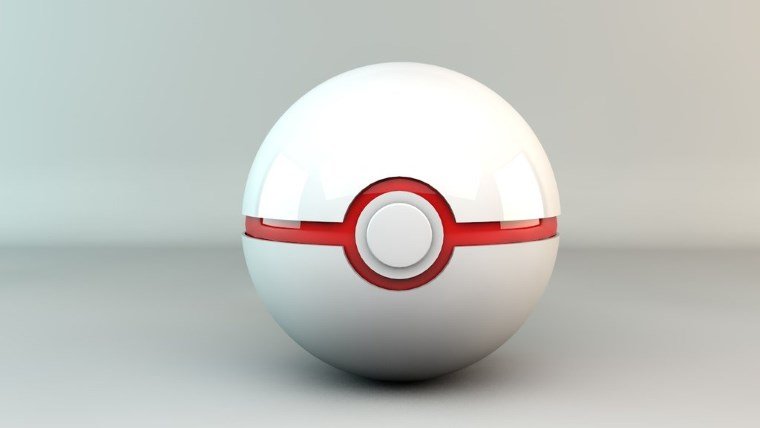 Pokemon Go is in the midst of a massive resurgence, which coincides with the introduction of tons of new features by way of the Raid system. This new mechanic has players team up to take down a hugely over powered Pokemon, with a chance to catch it if they defeat it within the timeframe.

This is the only way to catch the ultra rare Legendary Pokemon that players have all been waiting on, but the catch rate is ridiculously low, starting around 2-3%, depending on the particular Pokemon. So a ton of rumors have been spreading around the community about how to increase your chance. One has gotten so prolific that I feel the need to tear it down, with some explanation about how Pokemon Go determines if you caught that particular Pokemon.

The current rumor of the day is that players shouldn’t hit the “OK” button once they’ve caught the Raid Boss Pokemon. The thinking is that Pokemon Go decides how many players can catch, and by not hitting the “OK button it hasn’t fully registered a catch yet, increasing the odds for others. But this isn’t how the game works. You see, once you defeat the Raid Boss, whether it’s a Legendary Pokemon like Articuno, Moltres, Zapdos, or Lugia, or if it’s just one of the other Raids like Tyranitar, Snorlax, and the ultra powerful Magikarp, you toss a limited number of Premier Balls at it and hope to get lucky.

I say “get lucky”, but there is a level of skill to this part. The base catch rate for these guys is low, especially when dealing with Tyranitar or one of the Legendary Birds, but you can increase it by making the right choices. Using Golden Razzberries is one of these choices, with previous rumors telling players to switch between Nanab and Golden Razzes. This has fallen out of favor with most players, though you’ll likely hear it a few times if you raid a lot.

You also want to throw curve balls, as this vastly increases your chances of a catch. Combine this with a Nice, Great, or Excellent throw, and you’re doing all you can to increase your odds of catching that elusive Pokemon. But this new rumor supersedes these mechanics, telling players that if the first person to catch doesn’t hit the “OK” button then the system won’t register the catch, giving other players a higher chance.

This is simply false. You see, Pokemon Go likes to act like these catches have some sort of magic to them, but they’re simply a big die rolling simulator. Let’s break down a single Pokeball throw for a Legendary Raid boss.

You and 9 other players team up and beat Zapdos, you all then all go into the Bonus Challenge to catch him. Your base catch rate, meaning you just toss a straight ball, it hits without registering any bonuses, and you didn’t use a berry, is about 3% for each ball. Every player has this same chance on each throw, except the last (more on that later). As soon as the ball makes contact the system determines whether or not you’ve caught it.

Yes, it will bounce back and forth a few times, but this is all a facade. I can say this because I have a Pokemon Go Plus, and I’ve been in my Pokemon inventory when I tossed a ball with it. The Pokemon Go Plus then went through its presentation, vibrating with each ball bounce, but my inventory had already been incremented as soon as I tossed the ball. The die was rolled, measured against my chances, and the result was given, without consulting any other players or elements.

This is similar to how Legendary Raid bosses work. Each player is in their own instance, and the game isn’t communicating to see who has caught and who hasn’t. If this were the case then APK teardowns and network monitors would show it, and they don’t. Each player, with each throw, is rolling a die and seeing if they won. Berries, curve balls, and accuracy will increase your chances, and nothing else matters.

What’s fun to watch is how the confirmation bias forms to bolster this false claim that not hitting OK will help others. At a recent raid I went to this rumor was being shared with great authority, with one player making sure that everyone knew about it, and yelling at each person who caught to not hit OK. Of course, each catch after that was championed as proof of the rumor, while each miss was ignored. In the end we had a pretty standard catch rate, but a few players who did catch walked away sure that the first player not hitting OK was the cause of their victory.

So no, not hitting the “OK” button won’t increase your chances. This rumor is false, and yet it is spreading like wildfire. Of course, this doesn’t mean that all rumors are false. Remember how I said your odds on the last ball are different? That’s because there is a bug that makes the last ball a near impossible catch. Unless you get a totally random and extremely unlikely critical catch, it is impossible to catch a Raid Boss on the last throw.

This was a rumor as well, and many Pokemon Go players dismissed it out of hand. Tests later showed it to be true, and Niantic confirmed it recently, offering an extra ball to compensate. So not all rumors are false, and anyone who immediately dismisses them is doing a disservice to themselves and other players. Still, we need to be skeptical of each new one, and look for proof. This is how I determined that players will soon be able to catch Mew in Pokemon Go by looking under trucks that Niantic has placed at nearby docks.