Preview: Dusk is a fantastic return to the PC FPS games of the nineties

The latest news in the world of video games at Attack of the Fanboy
August 22nd, 2017 by Lewis White 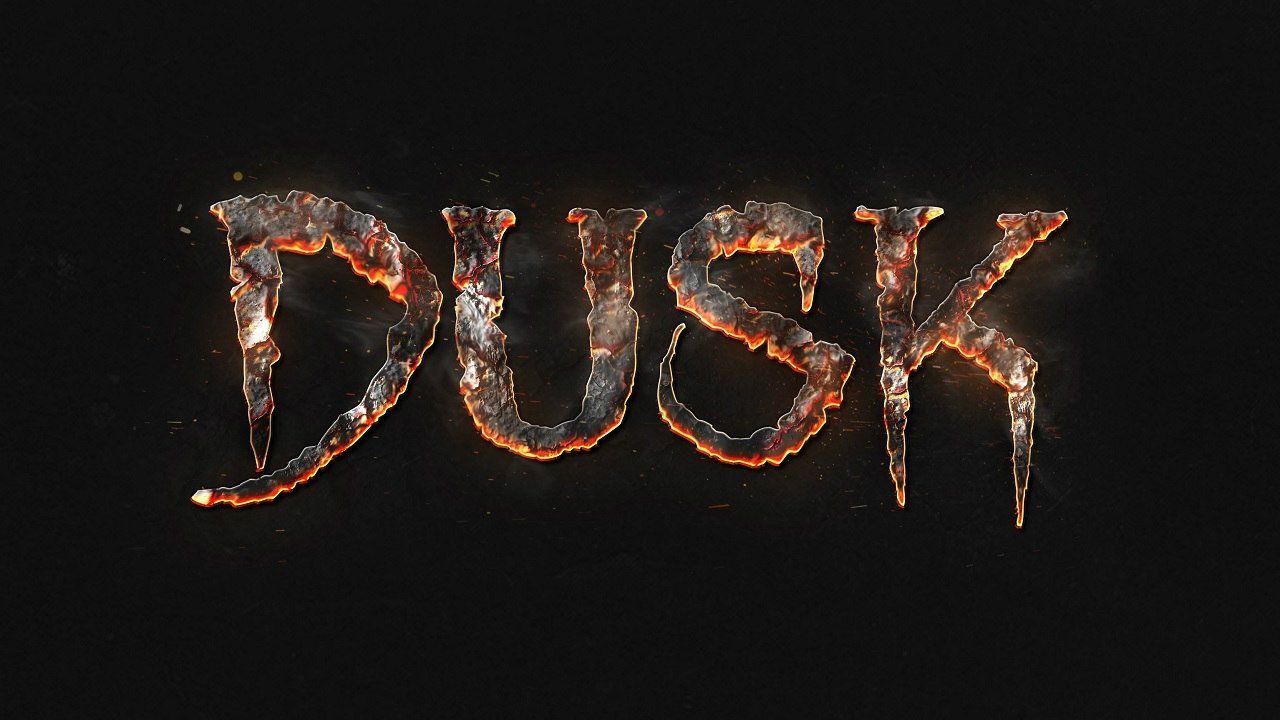 I never played Quake when it came out, mostly because at the time I wouldn’t be born for another year. I wouldn’t see, hear or play Quake for another eight, pre-installed on a pre-owned computer my father bought me for £30 at a car boot sale in South Wales. It wasn’t the most graphically impressive title to me—after all, I’d already been playing games such as Halo and Jet Set Radio Future—but it was one of the most engrossing titles I’d ever played and it introduced me to a genre that I have since learned to adore: Retro FPS.

Dusk is a brand-new first-person shooter that’s purposely designed to feel the exact opposite of brand-new. Spawning straight out of the late nineties with snakebites in its lips, thrash metal blaring through its Sennheiser headphones, and a pitch-black fringe long enough to star in an edgy teen remake of Rapunzel—Dusk is a beautiful reimagining of just what made the retro FPS genre so special. It’s fast, it’s brutal and it’s metal as fuck.

Kicking off with a big bang of nostalgia, booting up Dusk sees a DOS-style loading screen (complete with whirrs, beeps and bloops) before kicking you into the game’s main menu. From there you can customize you FPS experience down to a “low-spec” mode, forcing everything to render just like it did when you were a wee lad or lass. Want to render out in 1080p but pixelate everything so much it looks like you blew up an original DS game onto a 42” TV? Well, you can—and it isn’t a bad way to play.

After a brief hellish video intro informing you of the game’s creators, Dusk immediately slams you down into the basement of a possessed religious cult, shoved onto a meat hook. You take your first step forward and—WHOOSH: three sack-headed, chainsaw wielding possessed farmers are slowly plodding towards you. Your only means of defense a pair of rusty looking sickles. 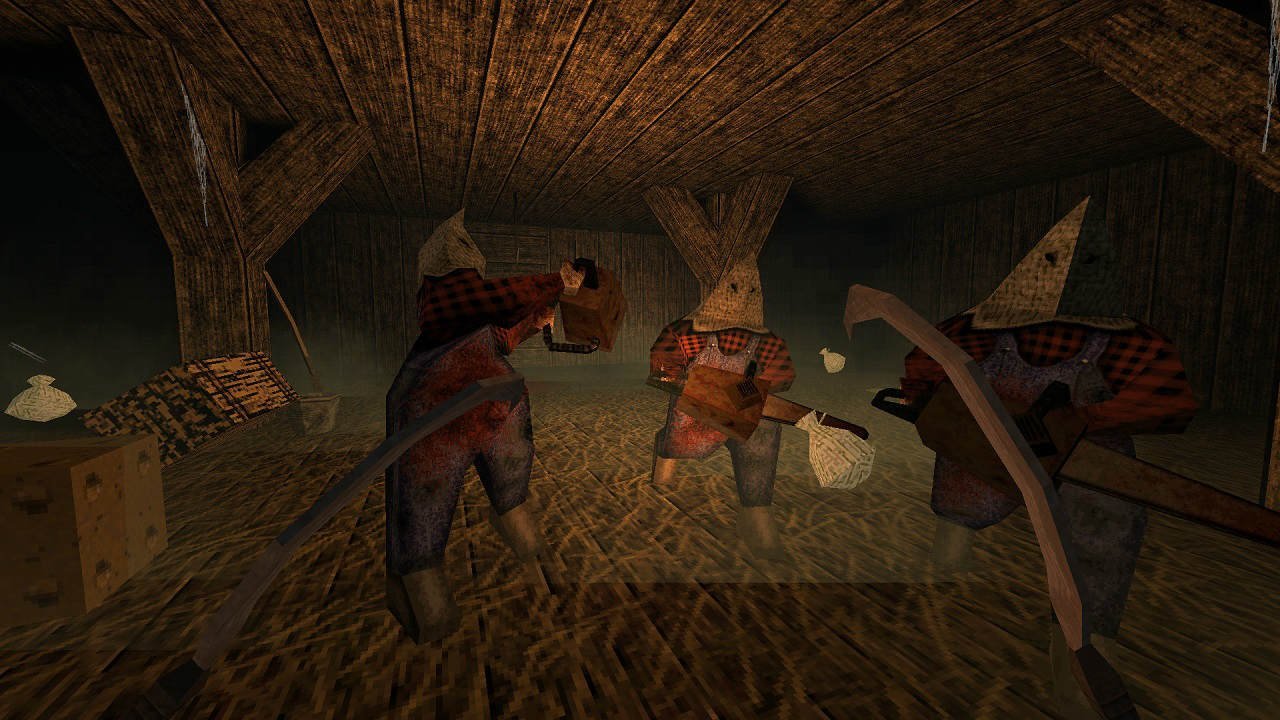 Ripping through the meaty flesh of your enemies, you’re free to wander. Looking to the right there are a pair of boxes barely covering a hole. Picking these up with the ‘E’ button—which you can also do to any object in the game, even explosive barrels—reveals a crawl space under the stairs leading to the next room and hiding the game’s first projectile weapon: a 9milimetre handgun.

Dusk is everything Quake, Blood and Painkiller felt like, but better. It’s faster, smoother and edgier than all of them.

Moving up the stairs and to the next room you’ll find two more enemy types: a demonic goat that runs towards you and fires, well, fireballs from its mouth and a hooded figure glowing in green that does the same from across the room, shouting “Heretic!” at you as he does so. Clearing out the room and nabbing the second handgun in the corner—for some sick-ass dual-wielding action, it’s time to progress some more, after shooting down the rotten doors along the wall to discover more secrets of course. Just like every great FPS, there are secrets literally everywhere. So many that I couldn’t find them all after playing for four hours.

Either jumping up a pile of chunky, low-poly rubble or strafing around a corner on the other side of the room, the game will take you through some easily dispatchable enemies and up into the house. On the top floor there are some more foes, pickups and a shotgun, outside is freedom. Actually, I lied. There’s a whole lot more enemies to kill, and it’s going to feel damn good when you do. 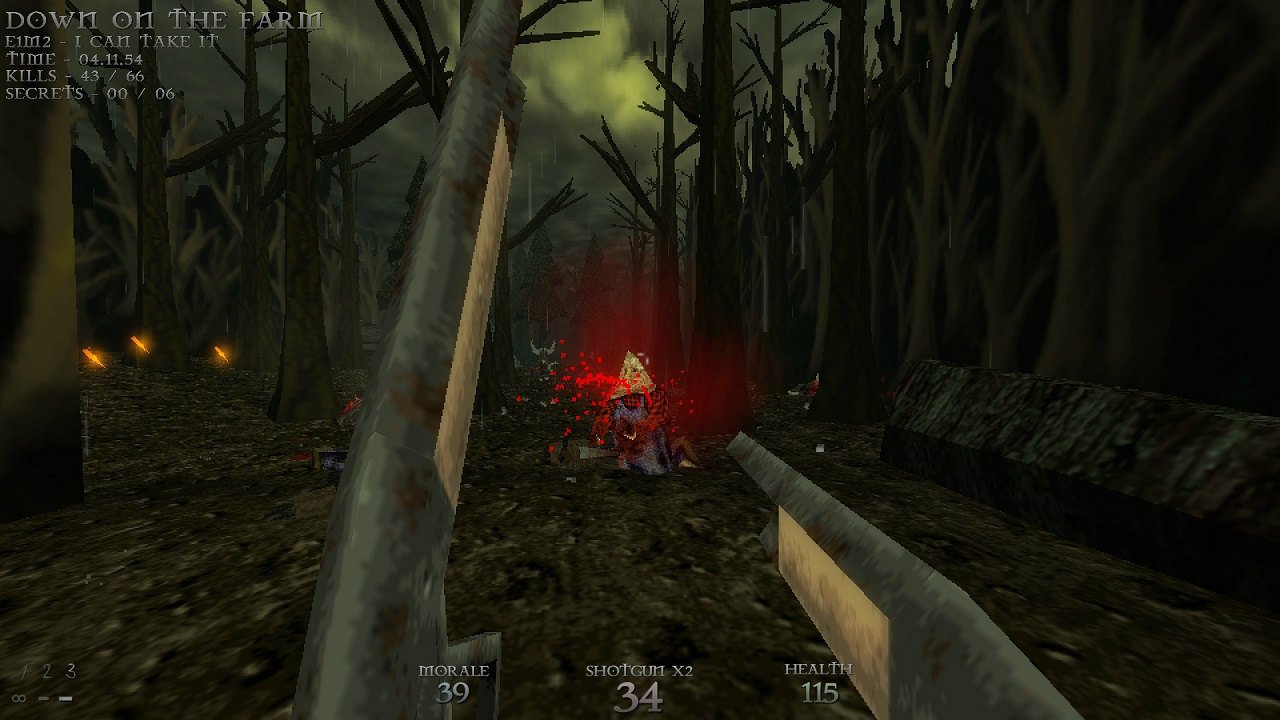 Dusk’s brief introductory segment is only a crash course for those new to the genre. As soon as a seasoned player of this sort of FPS picks up the mouse and keyboard, they’ll feel right at home. It’s a game that’s been ripped out of the nineties and plopped into 2017; Dusk is everything Quake, Blood and Painkiller felt like, but better. It’s faster, smoother and edgier than all of them. You can slide, flip in mid-air and even just spin your weapons around for no other reason than to show the hordes of possessed freaks that you don’t care. They’re there, but so are you; Dusk’s enemies should be way more afraid of you than you are of them. Move over Doomguy, there’s a new Doomslayer in town.

Dusk’s nineties FPS heritage is taken a bit too far when it comes to its boss fights—and by that, I mean they’re not very good.

That said, Dusk still manages to scare the pants off of you from time to time. Whether it’s an enemy appearing from behind after you pick up a new weapon or opening a “monster closet” full of hooded cultists, New Blood have crafted an experience that takes me straight back to my eight-year-old self who had nightmares that Quake’s Shamblers and Spawns were going to come and get me in my sleep.

Playing through the preview build’s ten available levels—with another 23 to arrive in the finished game—Dusk is a fantastically designed shooter purely from a level design point of view. Unlike, say, Hexen, Blood or Redneck Rampage, Dusk’s level design in this first third feels polished, fresh and inherently natural. Not once did I feel lost throughout my three-hour playtime, which for a nineties style FPS with no map is a miracle within itself. For anyone who’s spent hours in game’s like Dusk, everything is second nature to the nth degree. 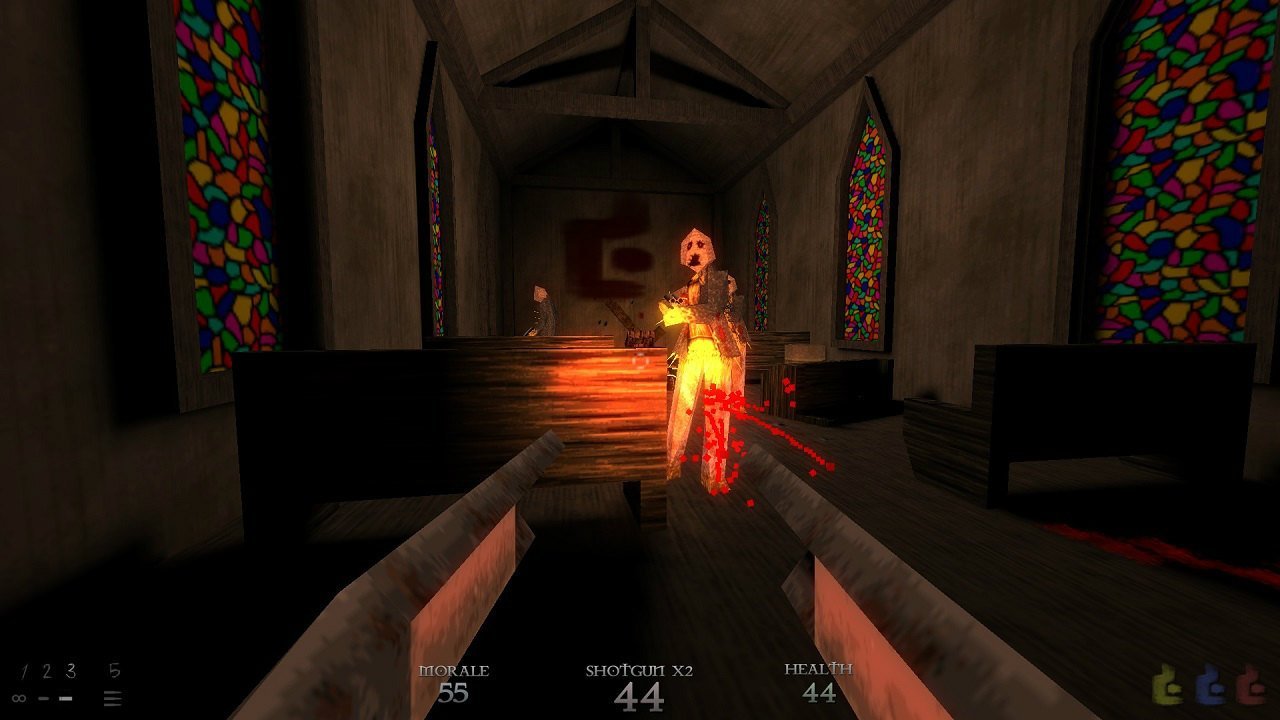 If there’s one area where Dusk falls, however, it’s that its nineties FPS heritage is taken a bit too far when it comes to its boss fights—and by that, I mean they’re not very good. They’re passable, they work, but they’re not going to score any extra points in the long run. The three boss fights in Dusk all follow the same generic structure: circle strafe around the fireball-spewing monster while bunny-hopping around the map picking up health and ammo to keep shooting at it until it drops dead. Maybe you’ll find a fire rate pickup to blast the boss at twice the speed, but more than likely you’ll be walking around for a minute or two with your finger pressed down hard on fire. While the last boss of Episode 1 does certainly hike up in difficulty, you’re still in a basic arena littered with pickups; Boss fights are really the only area of Dusk that needs any improvement.

If it wasn’t for the underwhelming boss fights, I’d be hard-pressed to not call Dusk the perfect reinvigoration of a dead era of PC gaming. Even outside of its campaign, Dusk already features a solid endless wave-based mode which feels great in its single available map and is promising a classic-style multiplayer mode in the future, which would be bloody incredible! If there’s anything that Dusk has got me excited for, it’s more Dusk. When the game launches on October 31st, I wholeheartedly expect Dusk to be one of my favorite games of the year.

Dusk launches for PC on October 31st for £15/$20 on Steam. Buying the game now will give you access to the game’s first episode now, the same build we played for this preview.

Home / Original Articles / Preview: Dusk is a fantastic return to the PC FPS games of the nineties