Preview: Super Lucky’s Tale is an enjoyable child-friendly exclusive for Xbox One / Windows 10

The latest news in the world of video games at Attack of the Fanboy
September 24th, 2017 by Lewis White 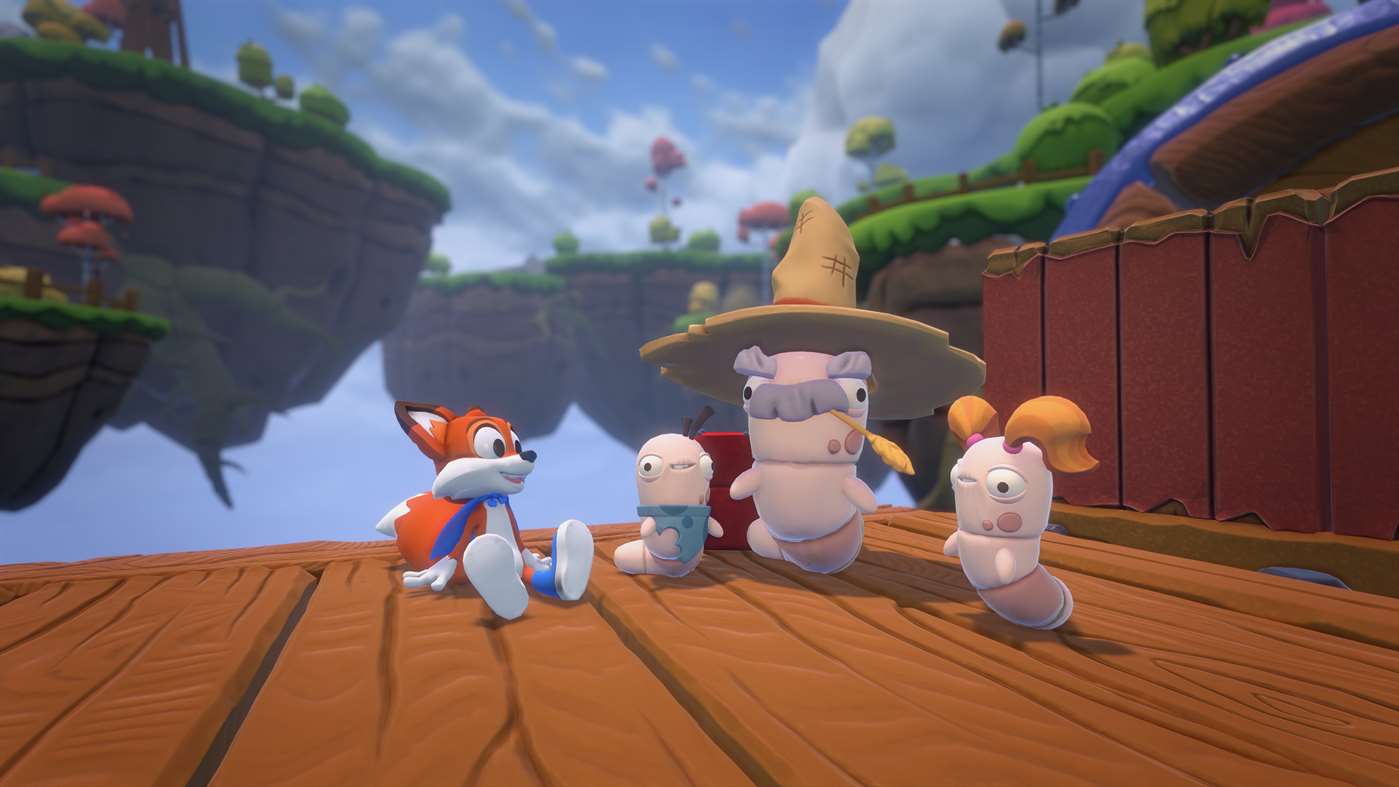 When you think of the Xbox brand you don’t exactly think “child-friendly”. Sure, you think of twelve-year-olds calling you every obscenity under the sun, but there aren’t really many exclusive titles for the three-generation console brand that are predominantly aimed at kids. After all, your Xbox is your Halo machine; you use it to play Gears, Dead Rising and State of Decay, games which clever parents wouldn’t let their younger children anywhere near.

Super Lucky’s Tale is a return to the era of late original Xbox and very early 360, the era where Microsoft let Rare make games instead of Kinect tech demos that don’t really work properly. (Trust me, I spent four hours playing Kinect games last week.) Developed by Playful Corp as a sequel to the Oculus Rift exclusive Lucky’s Tale, this adorable 3D-Platformer takes you through a bright and endearing world to rescue the Book of Ages from the evil villain Jinx who wants to use it to reshape the world.

Take one good look at the game and you’ll know full well that Playful Corp are designing a charming and delightful platformer for the youngest possible gamer, and it works!

The build I played at EGX 2017 was apparently the same build shown off at E3 2017 and Gamescom. The section had me returning three baby guardians’ heads back to their bodies, facing the scorching Trial of Fire and squaring off against the snide Master Mittens. It wasn’t a long demo nor was it a very challenging one, but this small slice of action gave me a decent look at what Super Lucky’s Tale is shaping up to be.

In all honesty, Super Lucky’s Tale could be the best Xbox One/Windows 10 PC exclusive targeted towards children, although granted there aren’t all that many of them right now. Right off the bat it doesn’t take long for you to get a grasp of the controls as you dig underground, jump on foes and swipe at objects. In these overworld sections where you can easily combo together digging, swiping and jumping, Lucky feels fantastic to control and the fixed camera perspective really does work well and allows you to easily judge depth in the 3D space, an aspect that a lot of 3D-platformers have failed at since the late nineties.

It’s not exactly a complicated game; while the demo I played could be early into the game I don’t imagine Super Lucky’s Tale evolving mechanically quite as much as, say, Mario Odyssey does throughout its demo. That said, this isn’t exactly aiming to be the next Mario. Take one good look at the game and you’ll know full well that Playful Corp are designing a charming and delightful platformer for the youngest possible gamer, and it works!

The demo I played wasn’t all sunshine and kittens though as the second half of this vertical slice did take away from some of the aspects that made the gameplay feel so good. When you’re above ground chaining together all the moves in your repertoire you feel like a badass, but in the numerous underground sections you’re left, ironically, without your underground mobility which takes away an entire third of your move list.

In this demo, I was tasked with escorting another Guardian head to the other side of the dungeon in order to open a gate and fight against Master Mittens and his henchmen. It wasn’t entirely uninteresting as you’re tasked with plodding through an area whilst avoiding some frame-rate crippling fireballs (on Xbox One X). Even in this slow pace Lucky still controls well and feels incredibly solid to maneuver but with such basic level design, these sections showcase that Playful Corp’s intentions are purely for the younger demographic instead of a mixed age group like with Nintendo’s or SEGA’s platformers.

It’ll be interesting to see how much the finished product improves on what we’ve seen here at EGX 2017, and whether the final build of the game fixes the technical hitches seen on Xbox One X. For more EGX content, check out our preview on the Nintendo Switch port of Sonic Forces which left a lot to be desired.