Recent Final Fantasy XV Reveals May Be Cause For Concern 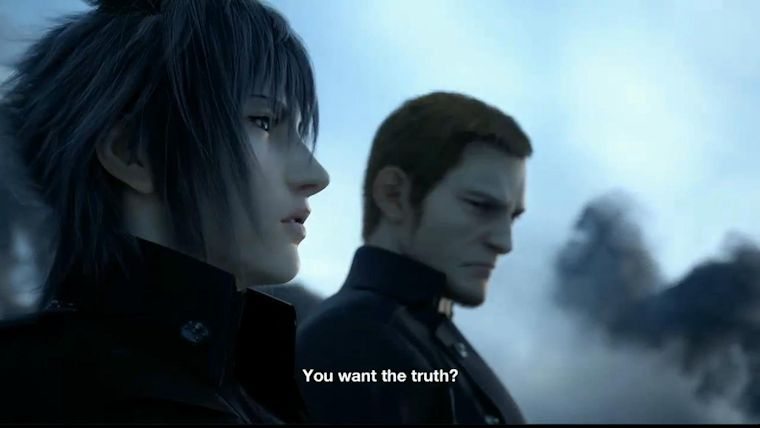 Final Fantasy XV went through what The Last Guardian is going through now amongst gamers, with constant worries that it had been canceled, due to a lack of information. However, that all changed when the game was re-revealed as the now rebranded Final Fantasy XV at E3 2013. After that, information about the game went nearly silent again, including at this year’s E3, but the major announcements came courtesy of the most recent Tokyo Game Show that was held last week.

During this trade show, Square Enix revealed that Tetsuya Nomura was no longer the director of Final Fantasy XV and had been replaced by Hajime Tabata. Even more exciting was the news that Final Fantasy Type-0, which is scheduled for release in March, would be coming with a playable demo for Final Fantasy XV. All the news coming out of TGS seemed great, but some interviews given by the new director Tabata, specifically the one with Eurogamer, have made me personally a little worried about the project.

While Final Fantasy is a major video game series, it still does target a fairly niche audience. It is nowhere near the level of games like Call of Duty, Halo, or Madden, which are far reaching across the demographics, mainly due to the level of dedication required for games like Final Fantasy. As a result, Tabata says they are aiming to reach a broader audience with Final Fantasy XV by making the game more “casual,” as we told you about the other day.

Casual is never a good word to use around serious gamers, as it is almost always seen in a bad light. The more open world is certainly something that would help to appeal to a bigger audience for Final Fantasy XV, after the successes of games like Skyrim, but the worrisome part is how he now describes the combat.

“It’ll basically be a one-button action, and the AI intuitively outputs an action that kind of satisfies, gives you that instant gratification, and it connects with the simple touch of a button. I myself am not getting any younger. I don’t want to be frantically pushing buttons. I also want to utilise the intelligence of the hardware spec, and not have to go through too much hassle or trouble in order to execute moves.”

Final Fantasy’s gameplay has always had a level of depth to it and to basically dumb it down in Final Fantasy XV seems like a mistake. Kingdom Hearts has a more simplistic level of gameplay, but is still rather complicated, much more so than what Tabata describes here. The Kingdom Hearts-esque gameplay that we saw in the past basically seems to be no more based on the latest trailers, which is a real shame.

The simplicity of the game is made more evident by the fact that the game itself picks out the best weapon for you to use in any given situation rather than you choosing pre-battle. Perhaps it is possible to go and change somehow in the menus after the fact, but this basically takes all the strategy of weapons out of the game completely. I still remember the days of fighting bosses and having to go troubleshoot to figure out what their weakness was and go acquire that kind of weapon. Sadly, it appears that will not be the case this time around.

Tabata also revealed that there would be only one truly playable character with Noctis, while the rest would be able to be given commands in battle. In addition, of the characters able to be in your party, not a single one is female. In a series that is founded on strong female party members over the years, including Tifa, Yuna, and plenty of others, it is incredibly disappointing to learn there are zero in this game that can be in your party. The reveal of Luna does make this a little better, but it would be nice if she was a part of your actual team in the game.

These are merely some concerns that I personally have about Final Fantasy XV right now, but that doesn’t mean that I’m still not extremely excited for the game. In fact, it’s one of my most anticipated games right now and I know I’ll be playing through that demo on day one. Hopefully Tabata just happened to use some bad wording by describing the game and combat as casual and it will be some of the best in the Final Fantasy franchise thus far. We will have to wait and find out for sure when we get our hands on the demo once Final Fantasy Type-0 HD releases on March 17, 2015.