Red Dead Redemption 2 Delay: Reasons This is Good For Fans

The latest news in the world of video games at Attack of the Fanboy
May 22nd, 2017 by Al McCarthy 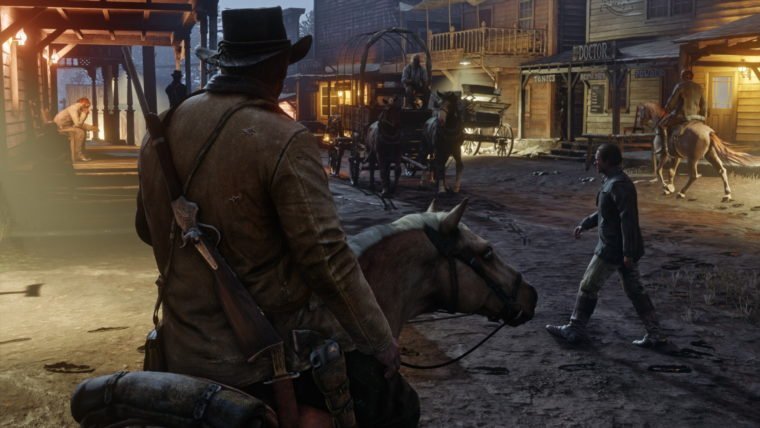 The first reaction to the delay of a highly anticipated game is almost always negative.  In the case of Red Dead Redemption 2, we’ve been waiting so long for any news on the project that for this to be first thing we’ve heard since the official announcement is a big disappointment.  Screenshots just aren’t enough to hold over a fan base that has been waiting seven years for a follow-up to the 2010 smash hit.

Getting the most out of Project Scorpio & PS4 Pro

Microsoft’s beefed up console is coming out later this year, and assuming Red Dead Redemption has been in development for a while, it’s unlikely that the game would be fully optimized for a console that’s capable of 4K resolution and 60fps.  Rockstar is no stranger to staggering releases of their games.  If you’ll recall the release of GTA V on the PlayStation 3 and Xbox 360 consoles was followed up by a release on the Xbox One and PlayStation 4…. and then again on PC.  Taking this extra time could be worth the wait for those who are waiting for the Xbox Scorpio.  This can probably be said for the PlayStation 4 version of the game as well.

Some games need to release during the holidays to have a chance at making the most money possible.  If 2017 has taught us anything, there are plenty of people willing to purchase big releases in the 1st or 2nd quarters of the year.  From the consumer perspective, the fall is probably going to be chocked full of big releases.  For some, they’re going to be buying a new console.  For others, they likely already have a laundry list of games that release each year around that same time.  The fall schedule is always a full slate, this year’s has a new Call of Duty, a new Star Wars game, the return of Assassin’s Creed, a number of yearly sports titles, and we’re assuming a handful of exclusives for all systems.  Think of the extra time as a period you can hold on to your cash a little longer.

Rockstar didn’t release the last Red Dead Redemption game on PC.  There’s really no reason to assume that they would for Red Dead Redemption 2, unless you factor in the additional sales that they’ve seen from releasing on Steam.  Grand Theft Auto V is incredibly popular on Valve’s marketplace and PC gaming has gotten much stronger between 2010 and now.  While they haven’t announced any plans just yet, it’d be almost unthinkable for Rockstar and their parent company to pass up the opportunity to launch on PC.  With the new consoles from Sony and Microsoft so closely resembling PC architecture, we very well could be seeing Red Dead Redemption 2 on PC.

Some developers delay games and it’s a sign of development problems.  Some delay them to move away from crowded parts of the year.  We almost always hear the same thing no matter what the true reason for the delay.  “We’re giving the game some extra polish.” is a favorite.  “We’re taking time make the game the best possible experience for the fans,” is another.  It’s almost always something along those lines, and sometimes these delays turn out to be good or bad games.  In Rockstar’s most recent track record, the delay of GTA V proved to be a great thing.  Grand Theft Auto V launched to critical acclaim.  It gave fans a brand new experience in a huge open world with brand new mechanics.  It offered a robust new online multiplayer mode that’s been going strong for years, and that game was delayed a couple of times.

Any other reasons you thnk that the delay for Red Dead Redemption 2 is a good thing?  Let us know in the comments section below: