Rise Of The Tomb Raider Endurance Mode DLC Impressions – Is It Worth It? 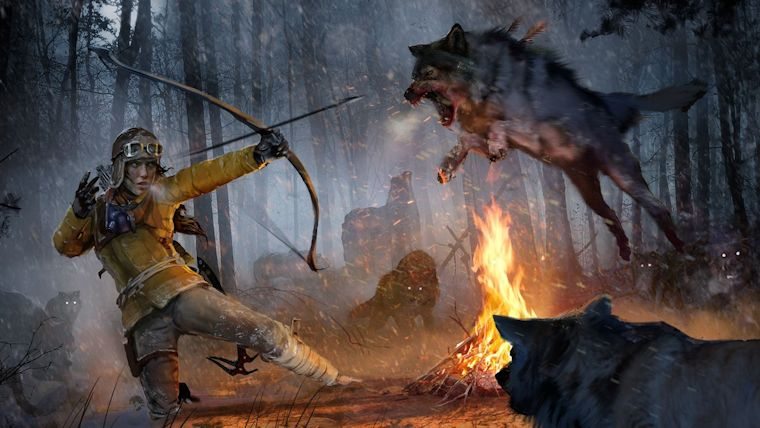 Rise of the Tomb Raider released back in November for Xbox One as a timed exclusive. Like many AAA releases these days, the game also came with a season pass that you could purchase that would give you access to all the upcoming content in the game, including three major parts. The first of those is the very tough Endurance Mode, which begs the question, is it worth the cost of entry?

Rather than including a multiplayer mode in Rise of the Tomb Raider, Crystal Dynamics instead decided to focus that time on the game’s Expedition mode, which is much more arcade-like than the game itself. This was made up of modes like Score Attack and such, but Endurance Mode adds another game type within Expedition Mode that is the most fun by far.

Endurance Mode strives to push Lara Croft to her limits as you play through these arcade like segments in different portions of the game. Rather than just exploring and killing enemies while staying alive, Endurance Mode mixes everything up by adding in hunger and warmth meters that when either runs out, you will die. Your food meter is filled by hunting for animals, while the warmth meter is filled by starting fires at campsites. However, unlike the single player, you will need firewood to start the fires, so you must search for that as well.

The goal in Endurance Mode is to stay alive of course, but on top of that you are searching to find relics that are found throughout each area in crypts and tombs that Trinity is also after. As a result, you will also find enemies throughout that you must fight, making it harder to keep yourself alive. This is made much harder when either meter gets lower as Lara is more sluggish and must find food or heat at the time.

You will also come across signal fire locations that you can light, as long as you have the supplies, which will signal in a helicopter to carry you out. This can be done after getting one relic, though you will always want to try and get more. If you die from an enemy, environment hazard, or running out of either meter, you lose everything you had from your playthrough, so you must play very carefully, as there is a score element involved that ranks you against your friends who play Endurance Mode as well.

You also will have access to the Skill Tree and weapon upgrades in Endurance Mode as well, with you starting off with very little at the beginning. You will find new weapons by defeating enemies, which can then be upgraded as you find stuff around the map. You will also earn XP at a much faster pace than the regular game, which allows you to level up your skills.

Just like the other Expedition game types, Endurance Mode allows you to use the cards system, with varying results. Some of these will help you, while some will make the game mode even harder. This is where even more strategy comes in, as it can greatly help you survive for longer periods if you are wise in the way you use the cards.

Rise of the Tomb Raider’s Endurance Mode adds another entire layer to the game’s Expedition Mode that makes it feel like a whole new experience, though if you were not a fan of the more score based arcade style game modes found in Expedition Mode, Endurance Mode likely won’t change your mind too much. It would have been neat to see this somehow implemented in the main game as well, but regardless, it is a very fun and unique addition to the game that can add a lot of extra hours of longevity to it. As this adds a great pick up and go experience to Rise of the Tomb Raider, you really cannot go wrong for $9.99.

Home / Original Articles / Rise Of The Tomb Raider Endurance Mode DLC Impressions – Is It Worth It?