It did not disappoint. 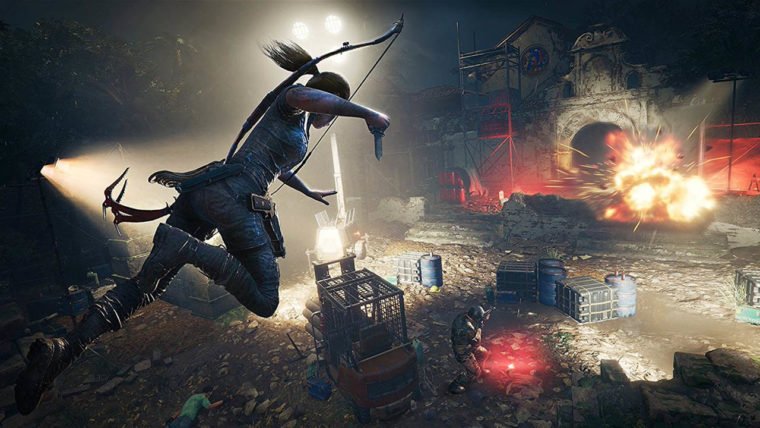 During the recent Shadow of the Tomb Raider reveal event, there was a playable demo available to attendees. If you’ve played the last two Tomb Raider games, then you generally know what you’ll be getting into with this one, but nonetheless, here are my impressions of the small part of the game I was able to sample.

The gameplay itself is about what you’d expect. The demo was full of action, platforming and puzzles of the quality we’ve all come to expect from this rebooted iteration of Tomb Raider. Simply put, it all felt good. The action is great and the option for stealth is always appreciated. Puzzles are clever but not too difficult (I assume they become more challenging later on, as it appeared the demo takes place pretty early on in the game). And the tombs are full of Uncharted-esque fun. A sequence at the end of the demo where Lara traverses a crumbling city as it’s being flooded was especially awesome. If you were somehow worried that the gameplay of Shadow of the Tomb Raider wouldn’t hold up to the first two entries in the reboot trilogy, you don’t need to worry.

The visuals are another aspect that perform just as well as you could hope. The settings are beautiful and intricate and you can tell a ton of attention was put into all the small details present. In particular, I thought the water was really cool. Though it has gotten a lot better over the past couple of decades, the ability to replicate water has always been tricky in video game development. In the Shadow of the Tomb Raider demo, not only do the water physics look good, but the way it distorts underwater objects or reflects light onto its surroundings was pretty cool. I know this game isn’t exactly a pioneer of video game water physics, but it was still neat. 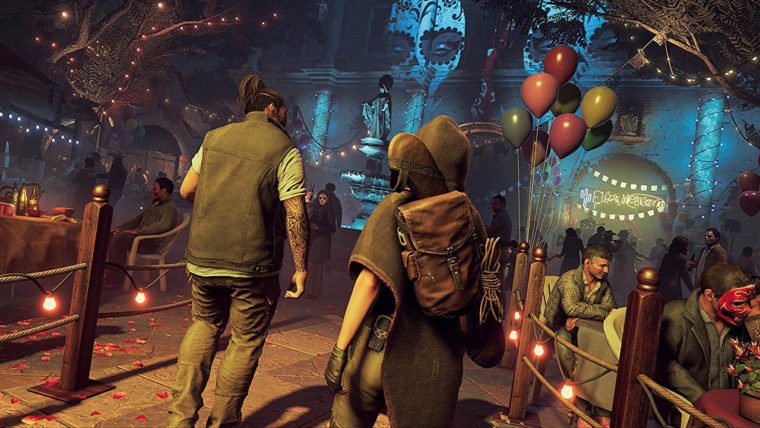 This is especially good considering more of this game will take place in water than in previous entries in the series. During the main presentation, narrative director Jason Dozois mentioned that the development team wanted to include a lot more swimming sections, since that is something that has been somewhat neglected in the first couple of entries in the rebooted series. So the fact that the water looks as good as it does is great.

Something else I found interesting is that, while I wouldn’t exactly call Shadow of the Tomb Raider a horror game, it seemed to include a lot of horrifying elements. These range from jump scares to the claustrophobic fear of drowning in the swimming sections, to the terrifying imagery of swimming through a recently flooded city, navigating through dead bodies. The demo itself keeps players on their toes and it’ll be interesting to see how the full game expands on these concepts.

What might be the most exciting part of the demo for me personally, however, is the potential for the most interesting story in the Tomb Raider franchise. In its earliest days, Tomb Raider games told archetypical action-adventure stories without a whole lot of substance. One of the cool things about this reboot of the series is the inclusion of more depth, particularly to the character of Lara Croft. But it looks like Shadow of the Tomb Raider is ready to take this depth to a whole new level. Story SPOILERS for the Shadow of the Tomb Raider demo, as well as the beginning of the full game, follow. 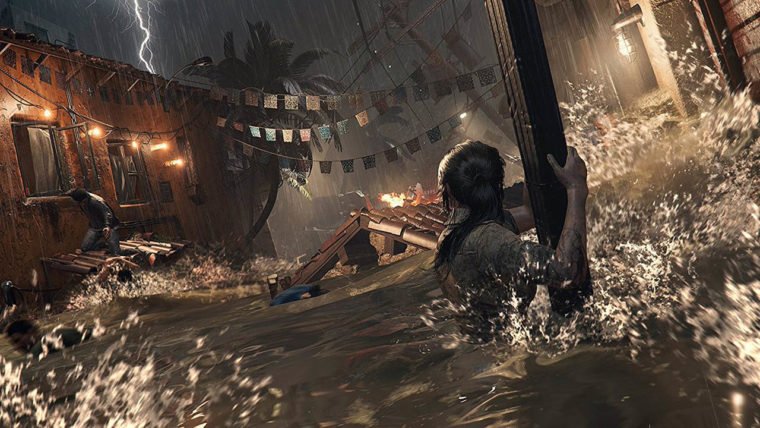 As you reach the later sections of the demo, you discover that the mystical threat of the Maya Apocalypse is triggered by Lara herself taking an artifact from its ancient resting place. In essence, this kind of places Lara in the role of the villain, as it is usually the antagonist in these types of Indiana Jones-like adventures that steals an artifact, triggering some sort of Armageddon. Lara justifies her actions by stating that she needed to take the dangerous artifact before the villainous group Trinity did, but regardless of her justification, the fact is that the predicted tsunami came and killed a ton of people, theoretically as a result of her actions.

Furthermore, there is another layer added on top of all of this. While Lara is blaming herself for the flood and stating that she needs to go get the next ancient artifact before Trinity does to prevent further calamities, Jonah (Jonah’s back!) points out that the tsunami wasn’t necessarily caused by Lara. It’s possible that it could have been just a coincidence that a tsunami struck shortly after she took the artifact. As the mysticism in the world of the game works, we, as players, know that it probably isn’t a coincidence. However, it was still interesting to see a character in a story like this question the validity of ancient riddles, rather than just going with them, and accuse the protagonist of acting too much like a main character, assuming everything is connected to her somehow. I’m very interested to see where all these narrative layers go in the full game.

Shadow of the Tomb Raider will be available for PlayStation 4, Xbox One and PC on September 14.