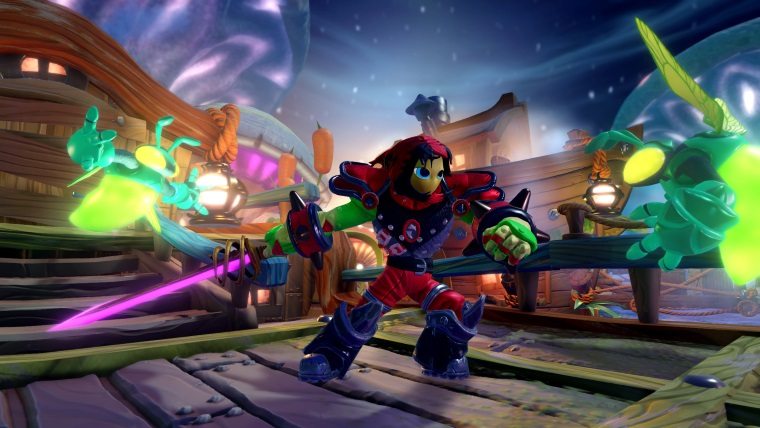 Skylanders Imaginators has been making waves this year thanks to the announcement that players will finally be able to create their own Skylander character in-game. But what does this look like, and how does it work? We got to find out at a special E3 2016 event held by Activision.

First and foremost, the important thing about Skylanders Imaginators is that it is still a Skylanders title. Meaning it still plays like all of the classic games. And with the announcement that Crash Bandicoot will be featured as a character, there’s a whole lot to love about this title before we even get into the big changes.

But those changes are still huge and important, with the biggest shift coming from players’ ability to make their own characters in the game. This isn’t just the usual character creator though, you actually have a special figure, called the Creation Crystal. These figures look cool and come in three varieties, with each creating a different class of Skylander.

Placing the Creation Crystal on the portal will cause it to light up and pulse as if it has come to life. You then select the specific battle class for your new character, there are ten to choose from, and while everything else about your character can be reshaped throughout the game, this choice is permanent. This trait determines what weapon you use, with battle classes ranging from smasher to knight, ninja to bowslinger.

After this you then get to actually dive in and make your Skylander. There are both cosmetic and actual gameplay altering pieces to this. For the most part, anything you do to modify your Skylander’s body will just change his appearance. You can make them big or small, alien, animal, or human. The choices here are nearly endless. We saw an alien with a huge head, tiny body, but massive tail; it then shifted into an animal-like creature with totally different body parts. Kids will really love this stuff, as they can make whatever funny or scary creature they want, and it all gets saved to their Creation Crystal, so they can take it to a friends house to play.

You can also modify your character’s voice, giving them something appropriate for their size and appearance, or going the totally opposite direction. There’s both voice options, and modifiers, so you can give your Skylander the voice of a giant, but then make it squeaky, creating a very interesting mix. You also can create a motto, taking a phrase and adding something at the end, for example, “this looks like a job for…my moves!”

But, of course, not all of these choices are available right from the start. Skylanders Imaginators has tons of unlockable items, which you discover through playing the game. Anytime you get a new item you can equip it immediately or just keep going and check it out later. This is also true of your character’s gear, which works more like traditional game items, where it alters your stats, like raising your defense or giving you extra attack power. And something to keep in mind is that the items you unlock are open for anyone in your game, so if your buddy has a cool hat that you want, just bring your Creation Crystal over and pop it on.

While creating your own character is cool, players will surely still want to use actual figures. Here Skylanders Imaginators changes things by introducing the Senseis. These ultra-powerful Skylanders can be used in-game, either as regular characters or to beef up your current ones. Each Sensei that you use raises the level cap for your own Skylanders. Many of these, and other characters in the game, are returning from past Skylanders experiences, so longtime players should love seeing some of their favorites return, possibly in completely new roles as good guys.

We also got to look at these new Skylander figures, which you can check out below. All-in-all, Skylanders Imaginators looks like a great new entry for longtime fans, as well as those who might have wondered what this whole toys-to-life thing was about. The game launches on October 16th for PS3, PS4, Xbox 360, Xbox One, and Wii U. 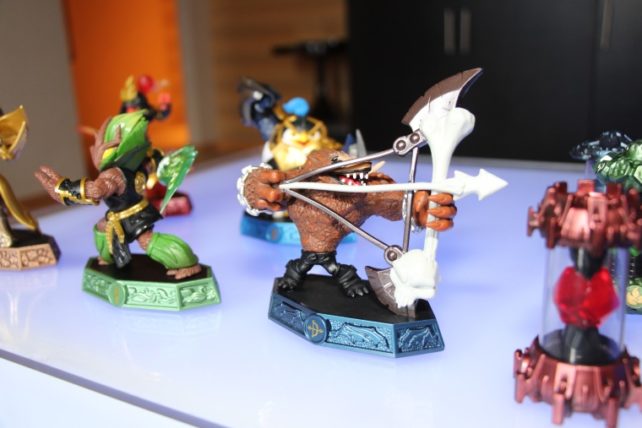 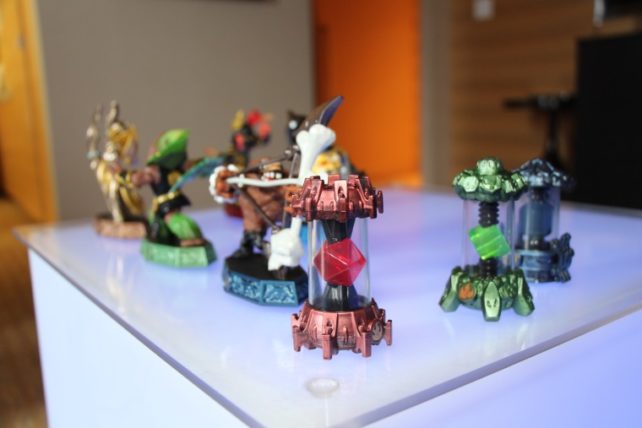 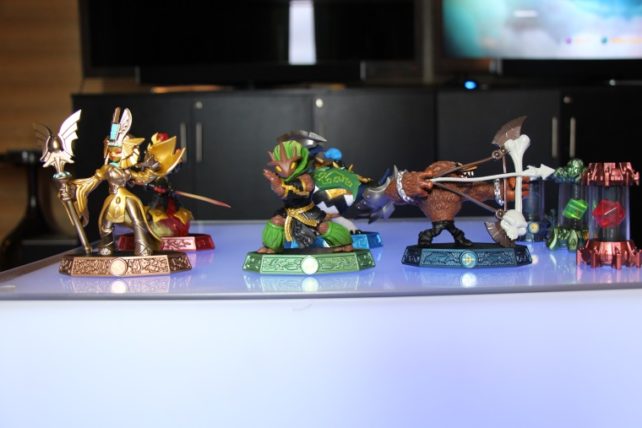 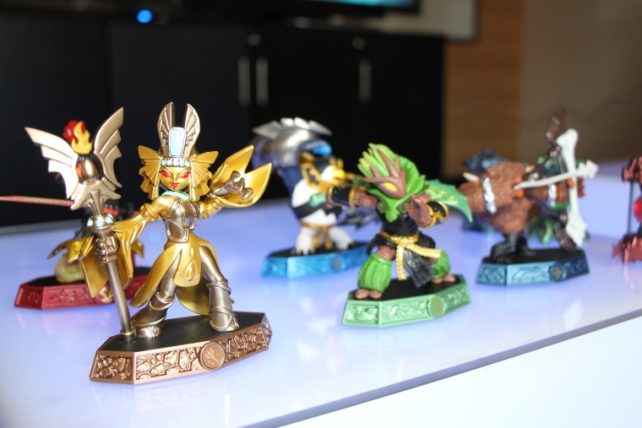