The latest news in the world of video games at Attack of the Fanboy
February 17th, 2015 by Dean James 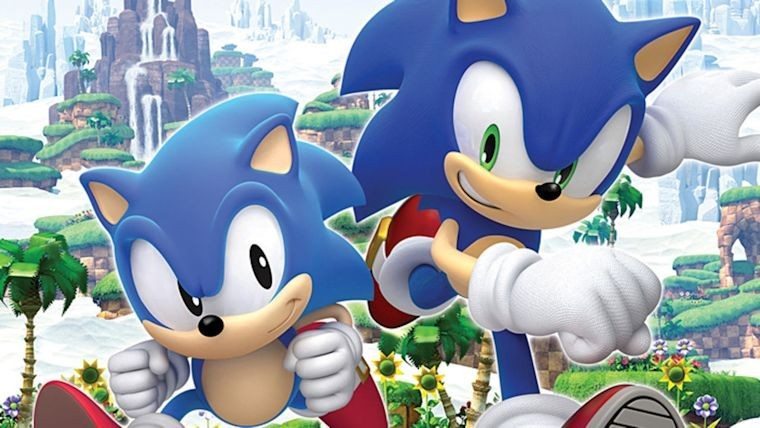 Sega is certainly going through quite the rough patch right now with the recent news that they were undergoing a restructure. Within this news also came the reveal on just how bad Sonic Boom performed sales wise across both Wii U and 3DS. Specifically, it was revealed that Sonic Boom sold less than 500,000 copies of both the console and handheld games combined.This news has led to many to say that the Sonic franchise should receive a mercy killing from Sega and just give up, but I am here to say that sentiment is very wrong.

There is no doubt that the Sonic franchise is in dire straights right now. The announcement of the sales numbers was kind of odd in of itself, since the two games were completely different games, but the sales were so bad that they combined the two to soften the blow. Technically this game wasn’t from Sega, as Red Button Entertainment and Sanzaru Games took the helm of the Wii U and 3DS versions respectively. However, Sega had a lot of plans for the Sonic Boom brand with a TV series and merchandise also available, not to mention the upcoming Sonic the Hedgehog movie that is in the works separately.

The utter failure of Sonic Boom and general dullness of most of the Sonic related products in many years are certainly good arguments for why Sega should just give up on Sonic. The one thing that many people seem to forget though is that we got the very fun and well designed Sonic Generations and Sonic Colors in the last few years. While they were meshed between the merely decent Sonic Unleashed and Sonic Lost World, they were truly standout games that I still find myself going back to play these days, with Colors being especially underrated. Even Unleashed and Lost World had some very good elements that could be built upon, with the franchise at least showing some signs of life.

Sonic 4 was an attempt to capture the nostalgic side of Sonic for fans, but ended up being a disappointment for most. News surfaced recently that we are never getting a third episode, really to no one’s surprise. The key problem here was trying to implement way too many of the 3D elements and featuring floaty physics that should never be a part of Sonic. The bread and butter of this franchise has long been speed and Sonic 4 managed to slow it down just enough, although games like Sonic Boom took it to an entirely new level.

Sonic Adventure and Sonic Adventure 2 were good games, but that style alone has been butchered so many times since that it would be best to stay far away, including no hub world or overworld settings. That was one of the worst aspects of Sonic Boom: Rise of Lyric, among many issues, and should not be touched again anytime soon.

Sega’s outsourcing of Sonic Boom proved to be an absolute disaster, but that shouldn’t mean the end of the fastest thing alive. Instead, Sonic Team seriously needs to sit down and look at what works and what doesn’t work for the franchise. They need to analyze what worked in games like Sonic Generations and Colors from a 3D perspective to see what fans of the franchise want to see in future games. Melding the 2D and 3D perspective would likely be the best direction for the series, as that is where it has managed to shine in more recent years. There are plenty of issues that have plagued the series that they need to weed through, but Sonic at its core is still something I know I’d personally like to see stick around.