When will Sony finally show The Last Guardian? 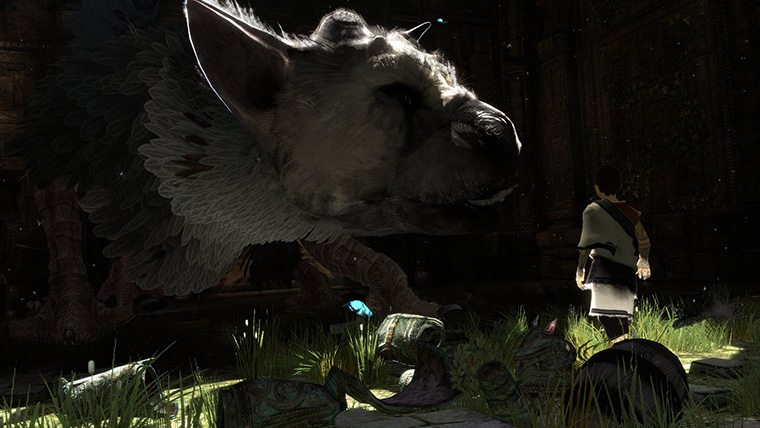 So, after IGN erroneously reported that The Last Guardian was cancelled then apologized for the error and retracted the report, one would hope E3 2014 would hold a bounty of information about the project.

No new details, footage, or specs, just that it still exists. PlayStation’s Scott Rohde would only confirm that Team Ico is still on the case. He was even evasive on whether the title was making the leap from PS3 to PS4. This game was originally announced at the 2009 E3 to much fanfare but has had virtually negligible progress since. Well, at least any admission of progress has been negligible.

This game looks…well, looked amazing from what little we’ve seen but the developers need to [email protected]$t or get off the pot, as the old saying goes. There’s a fine line between building mystique/hype and pissing people off to the point that they’ve stopped caring. And The Last Guardian is rapidly approaching the wrong side of that line.

Honestly, it’s starting to get to Ghostbusters 3 territory, where even if it does get released at some point it won’t even come close to living up to expectations. Duke Nukem Forever, anyone? Or how about Guns ‘N Roses’ Chinese Democracy? Mucking about with something endlessly doesn’t necessarily make it better. If you’re going to release this game, just do it. Or stop getting pissy when people report it’s cancelled. Maybe the game should just be cancelled. At least then gaming news sites would have something to report other than nothing has changed and having to act like that’s something.

While you should always check your sources, it’s hard to blame IGN for reporting what they did with such zeal. Gamers of all types have been clamoring for information since the game was announced five years ago so they inevitably jumped the gun with what was considered to be solid information at the time. Any gaming news site picking up that massive a scoop would have ran with it. They then did the right thing by retracting and apologizing for the mistake when the source turned out to be wrong.

All of that being said, what does it say about the gaming community’s interest in a project when nothing being said about it is still considered news five years after the game’s announcement? Certainly the initial glimpses piqued interest and captured imaginations but does what we initially saw still eclipse everything else we’ve seen since in the gaming industry? A lot has changed in the past few years and there have been some big releases. The Last Guardian might be suffering a similar fate to other games that have spent too long in development as the industry grows around it and technology leaps forwards, forcing those developers to continually reinvent the same project until they lose all perspective on it.

Here’s a moment of perspective for you; E3 2014 marks the five year anniversary of the announcement of The Last Guardian, and all we really have to show for it are assumptions and hype in our minds.