It's Spyro as we always imagined him to be.

In theory, remaking a classic game should be a relatively easy task to accomplish. All one has to do is take what’s already there, give it a new coat of paint, bump up the framerate to 60fps, and make sure the updates don’t break the gameplay experience. This assumption might hold true for remasters of more recent games like the 2013 Tomb Raider reboot or The Last of Us, but it rings more and more hollow as the games get older. The 2017 Crash N. Sane Trilogy is much closer to a full remake than a remaster; it plays the same, but its presentation is fully modern in a way that a pure remaster could never even hope to be.

This is even more true of Toys For Bob’s Spyro Reignited Trilogy. Not only did they have to preserve the original gameplay without any source code to work from, but they also had to present the game in a way that feels modern while still agreeing with fans’ sense of nostalgia. If what’s been shown at Gamescom and now this most recent preview is any indication of the full and final release, then it’s safe to say that they’ve completely succeeded. 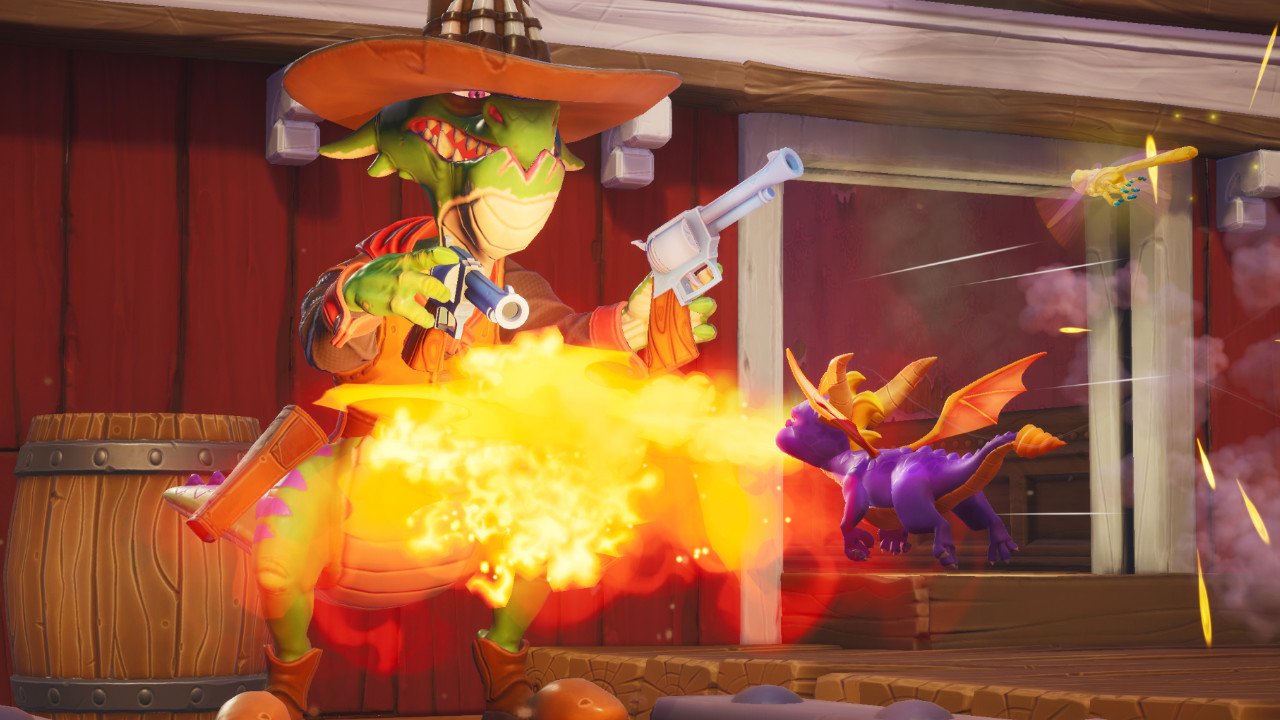 We recently had the chance to get some hands-on time with the newly revealed Dino Mines level from Spyro 3: Year of the Dragon and found that it does indeed play just like it’s PS1 predecessor. This really cannot be overstated; Spyro handles exactly as he should. His jumps feel the same as they always have, his fire breath has the same range, and his charge still has a satisfying sense of speed to it. This isn’t to say that all the controls are exactly the same; some minor adjustment have been made for the sake of modern convenience. The most major of these is the relocation of camera control from the shoulder buttons to the right analog stick. This might throw off someone who’s played the original games recently, but it otherwise feels quite natural.

Toys for Bob hasn’t neglected the opportunity to add some additional modern flair though, and it’s found the commendable amount of detail they’ve added. Spyro doesn’t just have have a generic run anymore, now he bounds along like a true quadruped. His head crest has a measure of elasticity to it and bounces along as he runs, and his flames scorch the grass as he passes through. Enemies behave as they always have, but they have a bit more personality now thanks to the effort put into their redesigns. The same goes for the overall art direction for the level. It’s a bit more cartoonish, colorful, and exaggerated than what’s seen in the originals, but it’s rendered in a way that feels right; as if this is how it always would have looked if not for the technical limitations of the time.

Dino Mines in particular has become the zany, dinosaur-infested version of the old west that it always should have been. The gunslinging desperado dinos and dynamite-chucking lizards both have a crazed-delight about them that was never actually there before, while the turret-operating dino is visibly annoyed every time its weapon overheats. They’re exactly the same as they were functionally, but now it feels like there’s something of a story behind them. The level itself is still much more of a platforming stage than it is a town, but the new aesthetic still brings it to life nonetheless. 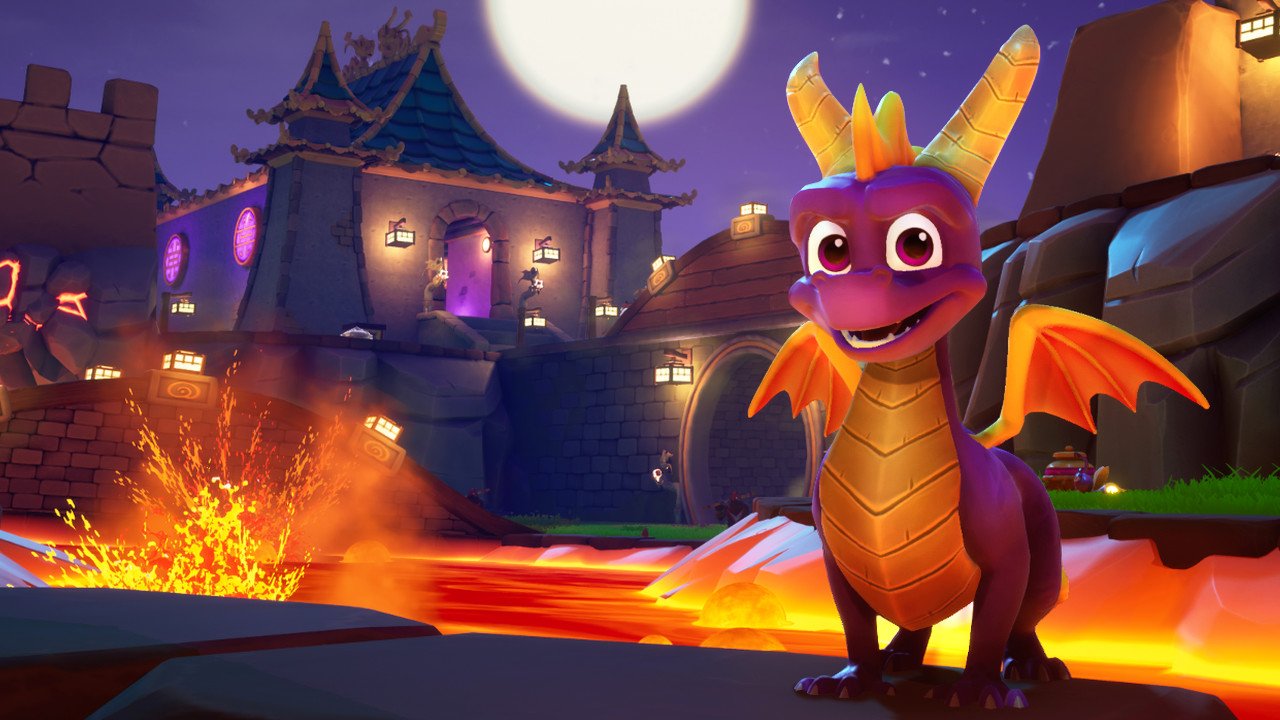 There are some issues of course. This game is more or less a completely faithful remake in terms of the gameplay, and that includes the camera. In the original games, players had the choice of having either an active or a passive camera. The passive camera relied entirely on the player for input, while its active counterpart would generally look in the direction Spyro is facing. In this version, as in the originals, this works rather well most of the time. It’s only when Spyro needs to make a sharp turn that problems arise. The active camera can’t really keep up with sudden changes, and the passive camera doesn’t turn by itself. This means that some challenges end up requiring blind jumps and player memory to complete. If there was one critique that could be leveled at the game as it currently stands, it’s that the camera’s ability to react could use some updating to bring it in line with everything else.

Aside from these minor camera issues, Spyro Reignited Trilogy both looks and feels like the faithful update the original Spyro trilogy deserves. Long time fans should have no issues slipping back into the ol’ Spyro swing of things, and players new to the series should have little trouble learning why exactly the original games are beloved by so many.

Spyro Reignited Trilogy launches for PlayStation 4 and Xbox One on November 13.