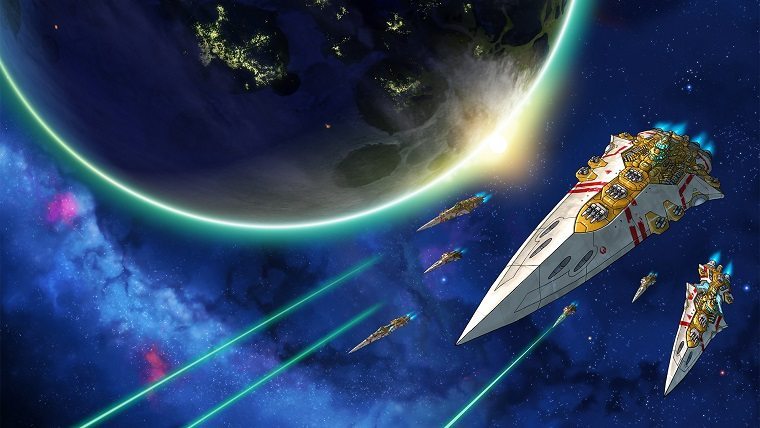 While 4X space strategy games may not be the genre that you hear about all the time these days, a new game is coming out that seeks to mix and match elements from the genre’s earlier days to provide an exciting new experience. That game is called Stars In Shadow and is being developed by Ashdar Games, with the game launching in early access form today. Even though this is not a finished product, there’s an impressive amount of depth and detail here that makes me excited for the game’s future.

The game starts off by allowing you to pick from a handful of different factions, which all come with their own backstories and feature excellent artwork that really bring them to life. You’ve got space dinosaurs with the Ashdar factions, aquatic traders with the Phidi Combine, bug scientists with the Orphin Conference and other wacky factions that you can take control of. Your decision of which to pick comes down to your style of play, as each have their own strengths and weaknesses that need to be accounted for.

Once that’s done the real gameplay begins, as you’re thrust into outer space with a whole galaxy to explore and colonize. You can click on nearby planets to get an understanding of their climate and resources, and then attempt to colonize them to expand your faction’s reach. Everything progresses in a turn-based manner, as your ships will take several turns to reach their destination and actual planet production and combat (coming later) also happens in turns. 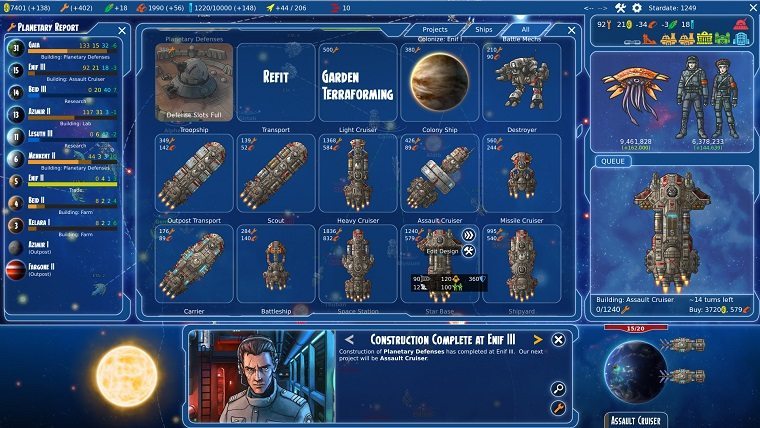 The early stages of planet colonization is slow seeing as you don’t have much to work with, but you start off building farms and factories in order to feed your people and create new ships and defenses. Your resources will fluctuate each turn depending on the actions you have committed to, so you need to make sure that you’re doing everything correctly or you could end up starving your people. As you build up a planet you’ll naturally move on to the next one to perform the same process again, though different planets will have different rules that you need to keep tabs on. Some will be better for farms and others will be better for factories and so on, which all go towards your decision of how you actually develop them.

Your people will also constantly be doing research in order to provide you new technology to improve your faction. As turns pass outside of combat your research meter will slowly build up, and once that’s filled you’ve got a new perk and then it’s on to the next research topic. You’re provided a long list of all the different things that are available to be researched, showing what each endeavor does (like improving your ships, among other things) and what it will lead to. To be honest, being thrown into a long list like this can be a little daunting, as you’re not really sure what to focus on and there’s a lot of text to go through.

Of course, you are not alone in this galaxy, as you’ll encounter other factions that you’ll need to interact with throughout your journey. Depending on the faction and your diplomacy skills, you can develop a peaceful relationship with them and even trade resources. Some humorous dialogue will accompany these interactions, and the game’s charm is really able to shine through here. However, if these conversations don’t go well then you will likely end up in a battle with the faction, and this is where the combat finally comes in. 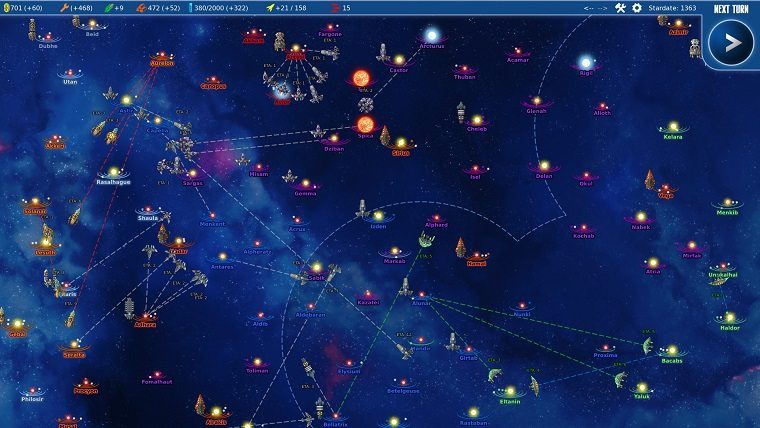 Combat takes place on a grid where you’ll take turns with the enemy moving around and firing at each other, with the amount of ships and the strength of your ships being the deciding factors between victory and defeat. These encounters are pretty simple, though figuring out which ships are best for each situation and employing shields does give them a little more strategic depth. You can also speed right through these battles with a click of a button if you want, with the end result being decided by the computer judging each side’s overall stats.

Stars In Shadow is definitely worth checking out in its early access state, as it offers plenty of polished gameplay that you can easily sink hours into. This is a well-crafted world with lots of depth to be found, and slowly expanding your influence throughout all of the different planets and protecting them from other factions is lots of fun. It can be a little overwhelming at times with all of the different things going on and there’s definitely room for more refinement going forward, but with a little patience you may just find your next 4X addiction.