Super Mario Maker Stages You Have To Try

The latest news in the world of video games at Attack of the Fanboy
September 16th, 2015 by Dean James 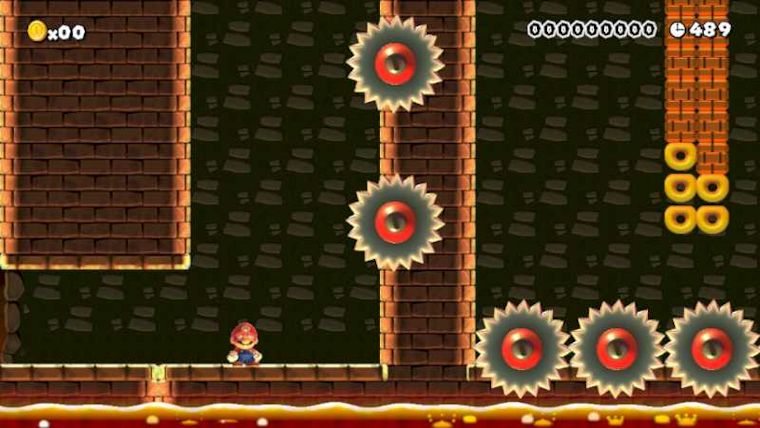 Super Mario Maker has only been out five days now and it has already grown exponentially, with so many stages to try out. Finding these stages can be done by either looking at the top rankings or just by inputting the stage’s individual number code.

With so many stages out there already, I thought I would let you know some stages that you really need to check out, if you haven’t already. Some of these are of course in the top rankings in the game, but there are also a few hidden gems as well.

Along with each of these, I’ve provided the number for the stage, so you shouldn’t have much trouble finding any of them. If by chance you can’t get one to work, make sure to let me know in the comments and I’ll double check it.

And with so many stages bound to show up in the future, make sure to stay tuned as this likely will not be out last article to share stages that you need to try. With people getting more comfortable with the game, more and more stages will be popping up.

Also, feel free to share some of your very favorites from what you’ve played so far. The 100 Mario Challenge is the best way to try and array of different stages, so you can always do that and let us know what you come across, but these are some of our favorites so far.

One of the biggest things that is missing from Super Mario Maker is that of the American Super Mario Bros. 2. It would be nice to get these in some sort of DLC at some point, but for now, stages like this can help to make up for that. This recreation of the first stage of Super Mario Bros. 2 is excellently designed and hopefully we’ll see even more of these in the future.

This stage is one of the best attempts in the game to remake a classic game stage and is done exceptionally well. This is seen all throughout the level and even down to the boss fight at the end. There are plenty of Mega Man stages out there that have been made, but this Dr. Wily classic from Mega Man 2 is the best I’ve played so far.

There are many recreations of Legend of Zelda stages out there, including some that are based on the more fitting Zelda 2 dungeons. However, my favorite of them all is one based on the first dungeon of the first Legend of Zelda game. This actually requires some thought, such as hitting a block from below to set off a bomb, similar to using bombs on hidden walls in the original game.

To date, this is still the hardest level I’ve played in the game. It has one of the lowest completion percentages for good reason, as it requires absolutely perfect reaction times and precision. This level is definitely beatable, but it will take you awhile for sure.

This stage is only one of many of a type that are some of the most meticulously designed stages by people in Super Mario Maker and yet the player doesn’t have to do anything. Every block and item is perfectly placed to make you through this level form beginning to end, without touching a thing. These are not to be played, but just to watch and be amazed.

While this stage is in the same vein as the previous style, I had to give it its own section, because it is different in a way. This utilizes the ability to make music with special music notes in the game, this one in particular playing Zelda’s Lullaby. This is quite impressive and hopefully we can get more of a real music editor at some point.

This is is similar in many ways to the “Don’t Press Anything” stages, but instead is one where you have to just move and run. There is no jumping or worrying about running into obstacles. Making this one even cooler is the fact that it utilizes the Mario Kart Mystery Mushroom and makes the entire stage like a 2D sidescrolling version of Mario Kart. This one is not the most complicated stage in the world, compared to some others, but it’s definitely one that must be played at least once.

This one is kind of a funny stage more than overly difficult. The “Bowser’s Throne Room” is actually meaning the toilet instead of an actual throne, which is designed well across multiple areas. This one isn’t one you’ll play multiple times probably, but it’s fun for one playthrough.

There is a real reason I like this one and it’s because it’s very unique in comparison to most stages. It utilizes the Giant Mario and CRT setting and has you digging down through blocks to advance. There are some trouble spots that require some thinking and is worth trying out for sure.

One of the most infamous stages of all time in video game history is the Dam level in Teenage Mutant Ninja Turtles for NES. The Angry Video Game Nerd really made this level even more popular and someone has gone and made a near perfect recreation. Underwater stages are hard enough, but one filled with spiked enemies and tight quarters make this one quite hard, though still not as hard as the original.

This one is a completely original stage, but is one of the more puzzle based of them so far. It has some difficult platforming action and even some backtracking, but in a good way. It utilizes a number of items and even has a boss showdown with Bowser at the end. This one is actually quite short if you know what you’re doing, but the first try can take you awhile.