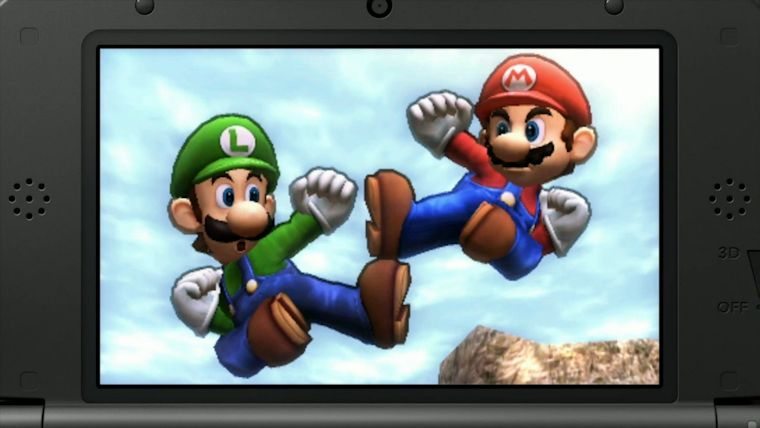 Super Smash Bros. 3DS debuted to incredible sales in Japan, as we told you yesterday, so the hype for the game to finally release in the US is as high as it has ever been. Just at the end of last week, Club Nintendo Platinum members were given exclusive codes to gain access to the demo for Super Smash Bros. 3DS, with a public release coming later this week. As one of the lucky members who got a code and have been playing almost nonstop the last few days, I thought I’d give my impressions of the pretty limited demo.

First of all, unlike the Japanese demo that had a limited number of plays, this demo can be played as often as you wish. The demo provides a few different options, only two of which are playable. These specific modes are Solo, Group, and Tips. The first two are your typical versus fight you come to expect in Super Smash Bros., while the latter simply gives little tidbits about the full game itself.

Unlike a lot of fighting game demos, this one features more than one playable fighter. In fact, we get to use five different ones, three classic and two brand new. We get to see the roster of 36 starting characters, but only five are lit up: Mario, Link, Pikachu, Villager, and Mega Man.

When I first turned on the game, I absolutely had to start with Mega Man in my first match, as the Blue Bomber is one of my favorite video game characters. The controls were a little awkward the first time around, as they are a little different than usual. However, by my second match with Link, I felt like I had them down pat already.

The circle pad definitely does pale in comparison to a true analog stick, but does its job well enough. The attack buttons are well placed on A and B, but having jump mapped to X and Y seem almost useless. With A and B being used constantly for attacks, I solely used the circle pad as my method of jumping by pushing up on it. The inability to use the d-pad may disappoint some more old-school gamers, but I never found that to be a problem personally.

While there are five characters to choose from, there is only one stage to choose from, the always reliable Battlefield, albeit in two forms. The play types are rather limited as well, with the inability to adjust any options. This means we can only play two minute timed matches rather than being able to switch to stock battles. There is no option to alter the items found in the stage either.

The demo doesn’t have any of the custom moves for us to play around with, so the characters found here are in their basic forms. The classic characters all feel boosted from past iterations, while still having the same movesets you are used to by now. This made using Mario, Link, and Pikachu still very much worth playing. Link is one of my favorite video game characters, but I’ve never been much of a fan of him in Super Smash Bros. overall, typically going with Young Link or Toon Link instead. However, I enjoyed using Link about as much as I ever had this time around, and can’t wait to see how much improved Toon Link is as well.

The two characters I was most excited to use were of course the newcomers of the bunch, Mega Man and Villager. Mega Man is a lot of fun to use, as he boasts a variety of moves in his arsenal. His forward smash attack features him charging his Mega Buster and firing on an enemy, which easily has to be one of the most powerful moves in the game. However, it will get cancelled out often as soon as you are hit. Being able to use classic weapons like the always trusty Metal Blade and especially his incredible Final Smash make Mega Man an absolute joy to use.

Lastly, we come to Villager, who offers both a male and female Villager variation of costume in the demo. While not quite as fun or nostalgic to use as Mega Man, Villager is certainly no slouch in Super Smash Bros. Villager is a very unique fighter with moves that you will recognize from Animal Crossing as well as some classic Nintendo games. The one thing I noticed about Villager very quickly is that he has one of the best recoveries in the history of the series. Taking a move from Balloon Fight, Villager can attach balloons to his back and quickly fly up. Similar to Kirby and Jigglypuff in execution, Villager is much faster in movement and can move from one side of the screen to another in no time.

Overall, the demo for Super Smash Bros. 3DS has done an excellent job at showing off just what we can expect from the first handheld entry in the series. The controls are superb for a handheld and are much better than I ever expected. We are limited to basic two minute battles only, but that just makes you want to play the single player content all the more when it releases. Not limiting the demo to 30 plays, as was the case with the same demo in Japan, was a wise move, as it allowed gamers to get even more hyped for the game without feeling like they didn’t get enough time to get used to the controls. With the boosts to classic fighters and the incredibly fun newcomers of Mega Man and Villager, I cannot wait to get my hands on the full game when it releases on October 3.