Praiseworthy VNs that promise not to boggle brains. 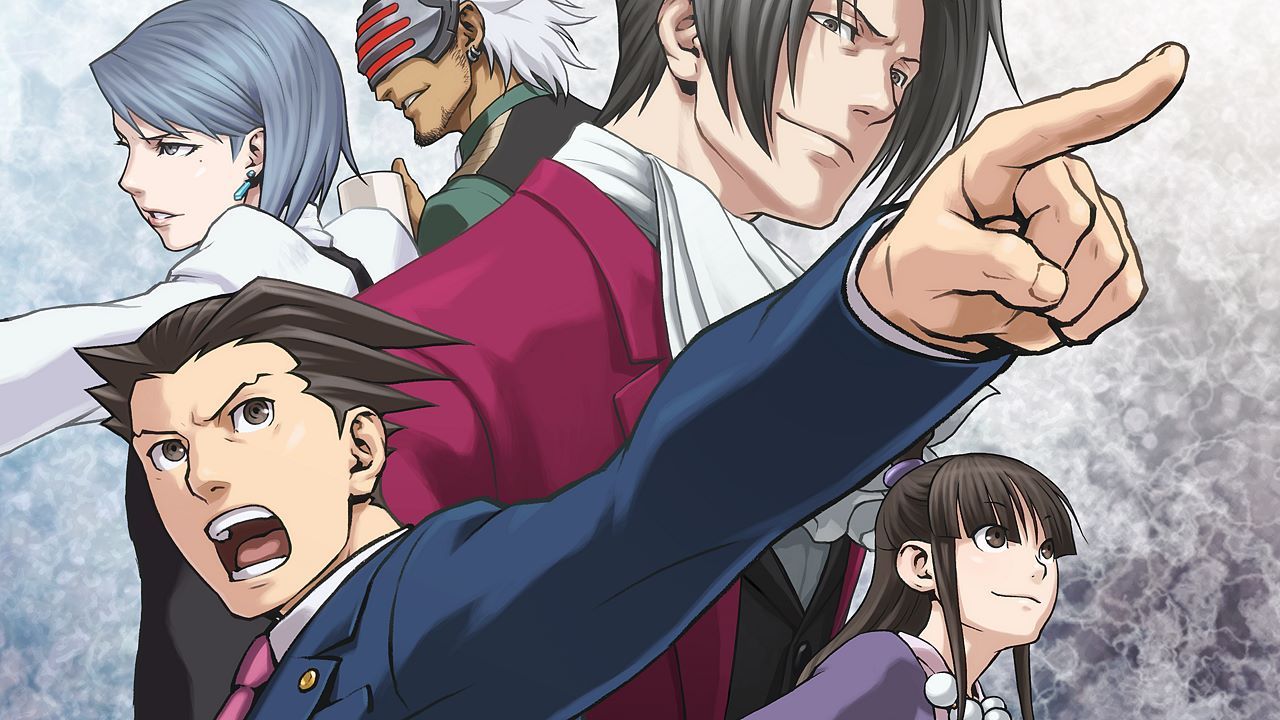 Visual novels, once popular only in Japan, are becoming widespread enough overseas that new fans of the genre have a lot to chew on. Even old-school classics are getting their share of the limelight now. But so many visual novels are dozens of hours long or more, chock full of so much text to read, and limited — if any — ways to truly influence the story. The thought of diving into a game like Clannad that runs the average player 80-100 hours and features a plethora of potential routes can seem utterly overwhelming.

Here are a few visual novels for new fans. It’s not that they’re dumbed-down variations on the greats; to the contrary, they’re all delightful. But they’re shorter, or simpler, or sell themselves on enough quirky traits to never feel dull or dry. 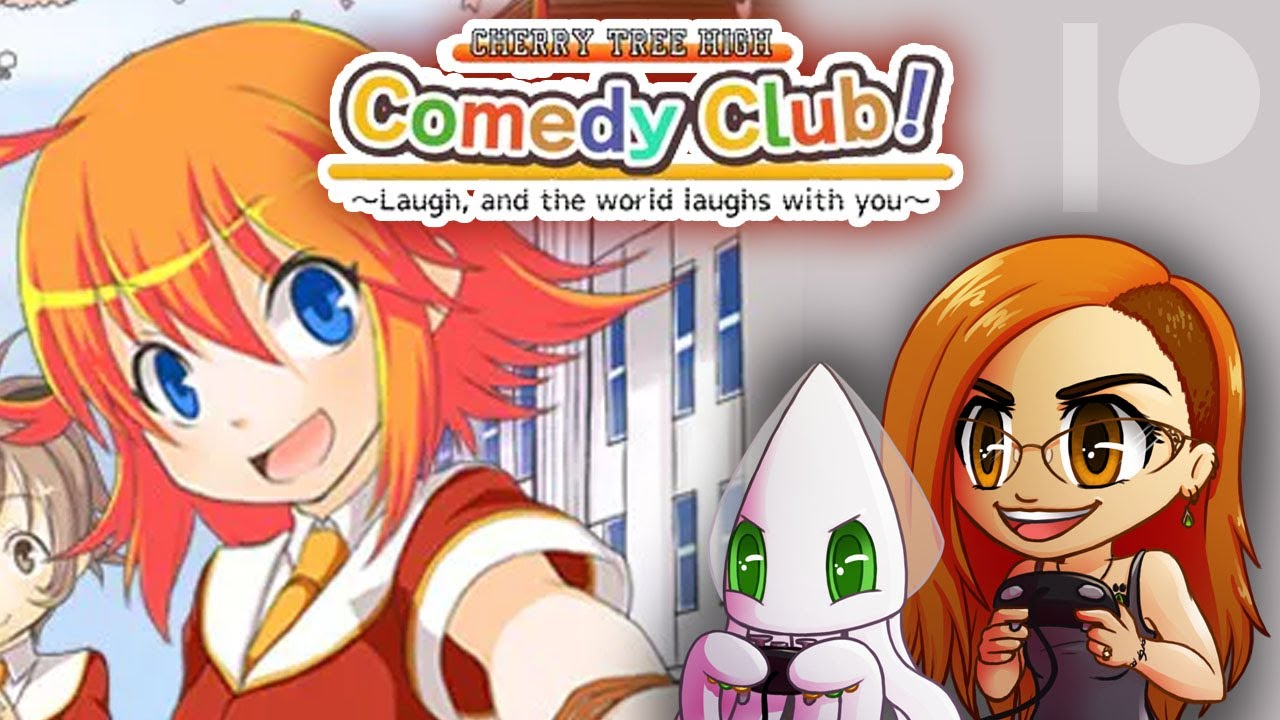 Starting things out with some light and friendly fare, Cherry Tree Comedy Club eases new visual novel players in with regular breaks between long dialogue sections. The breaks consist of their own form of gameplay in which you wander around leveling up heroine Mairu’s conversational expertise through TV, books, newspapers, the internet, basically anywhere she can listen or read. Then, once she’s better acclimated to discussion with specific characters, you can delight in seeing her not fumble her way into an awkward scenario. It’s a bit like taking the back-and-forth banter antics from Persona 5 and then plastering it onto something else entirely. Cherry Tree Comedy Club’s hybrid gameplay systems keep things engaging the whole way through. 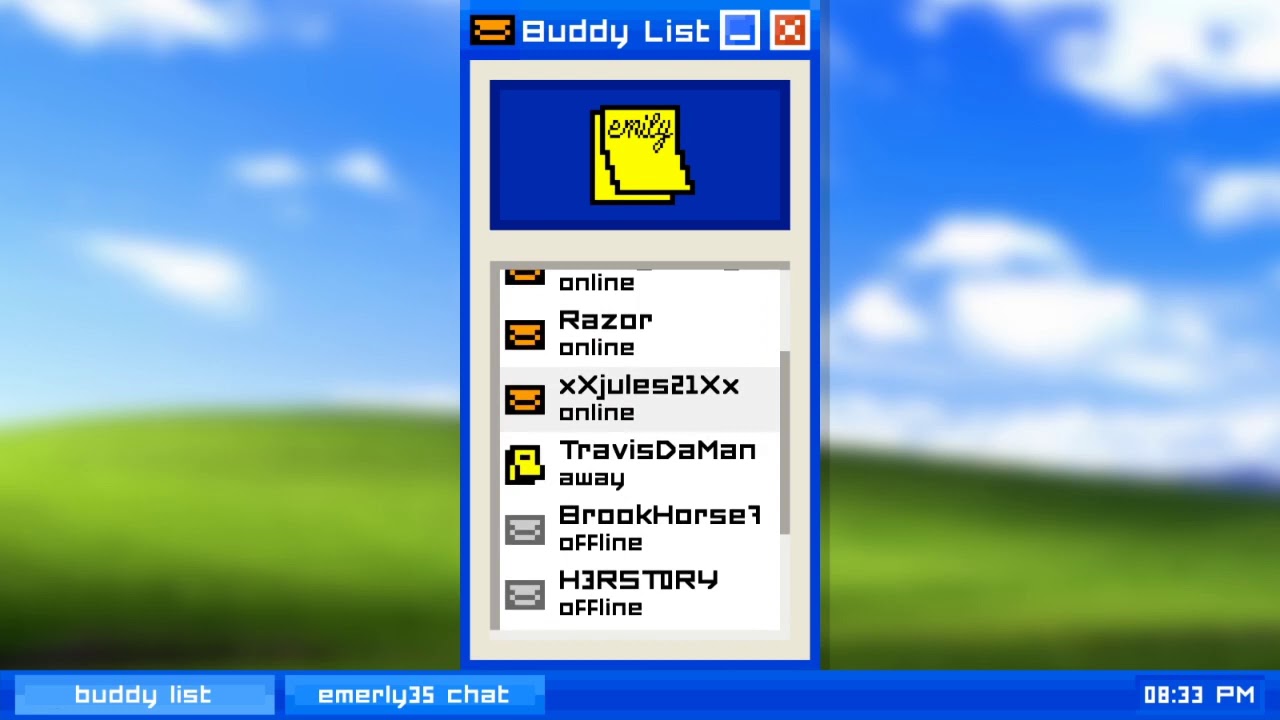 A certain generation of internet denizens is flooded with memories bitter, sweet, and equally bittersweet as soon as they lay eyes on the above screenshot. They know exactly what the messenger interface is aping — AOL Instant Messenger, AKA “AIM.” In the late 1990s and early 2000s, AIM was on every adolescent’s computer. We can still recall every sound effect that AIM’s designers ever pumped out. Hurtful school breakups and blossoming romances alike were within AIM’s domain.

Emily is Away is a pretty short experience if you take it for a single spin, but like many visual novels, the meat and potatoes are found through multiple playthroughs. Branching dialogue paths never overwhelm, however, thanks to the comfortable layout and captivating moment-to-moment scriptwriting. Players will chart a five-chapter course of titular protagonist Emily’s young life as they’re brisked away into a long-lost internet era when Comic Sans and bright green font were not only socially acceptable; they were downright encouraged. 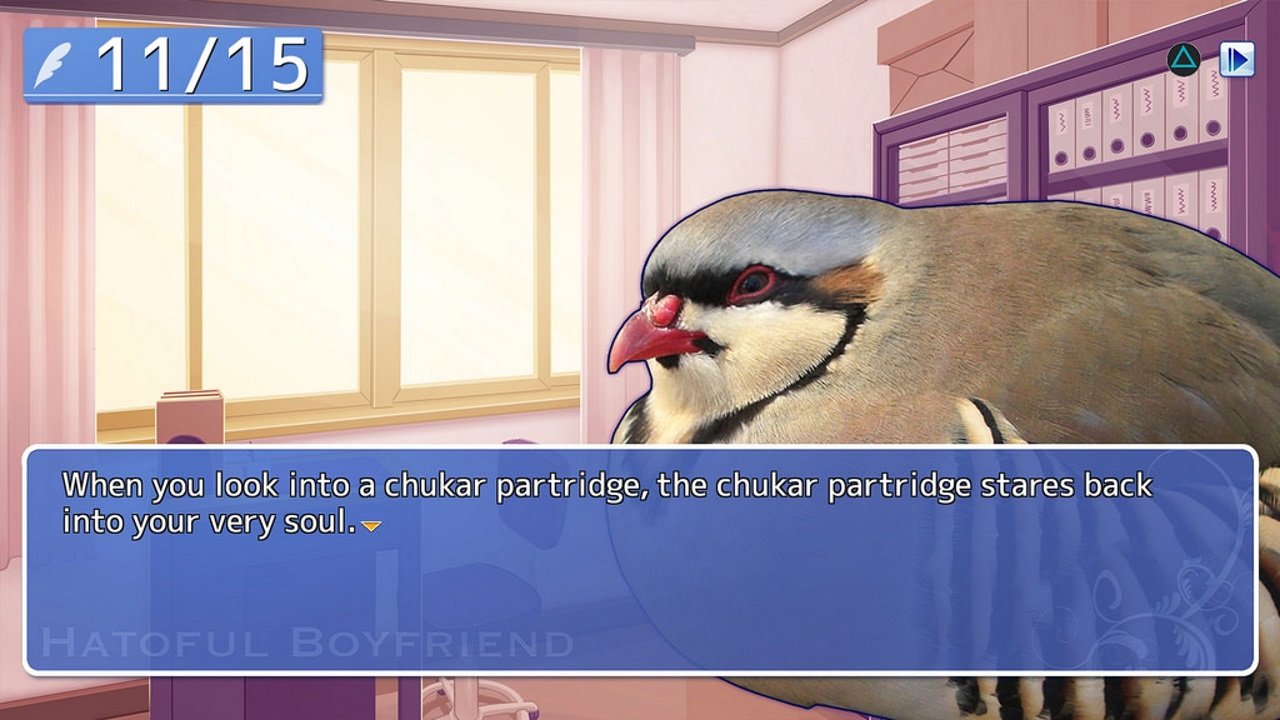 Hatoful Boyfriend is perhaps one of the most notorious visual novels. It’s the kind of VN that becomes memetic enough on the net that all sorts of people who wouldn’t be caught dead playing Umineko or Danganronpa have nevertheless laughed along at its trailers. Formerly a PC exclusive before flying its way to PlayStation consoles, Hatoful Boyfriend is about a dystopian future in which humanity’s been replaced as the dominant species by all sorts of birds with all sorts of problems. As one of the only humans around, your role is — natch? — to develop deep relationships with these birds as you attend a school called St. Pigeonation’s. Some of the birds are in love with each other. At least one is clearly in love with himself. Others are available for a date sometime if you’re interested.

Needless to say, Hatoful Boyfriend is as cheeky as they come. It’s not to be taken seriously overall, but like any good visual novel, there are moments of pure perfection in which you can almost forget you’re speaking with a bird in an indie video game and envision yourself chatting about the depths of the psyche and soul with a trusted friend in real life. Yeah, it’s a weird feeling. 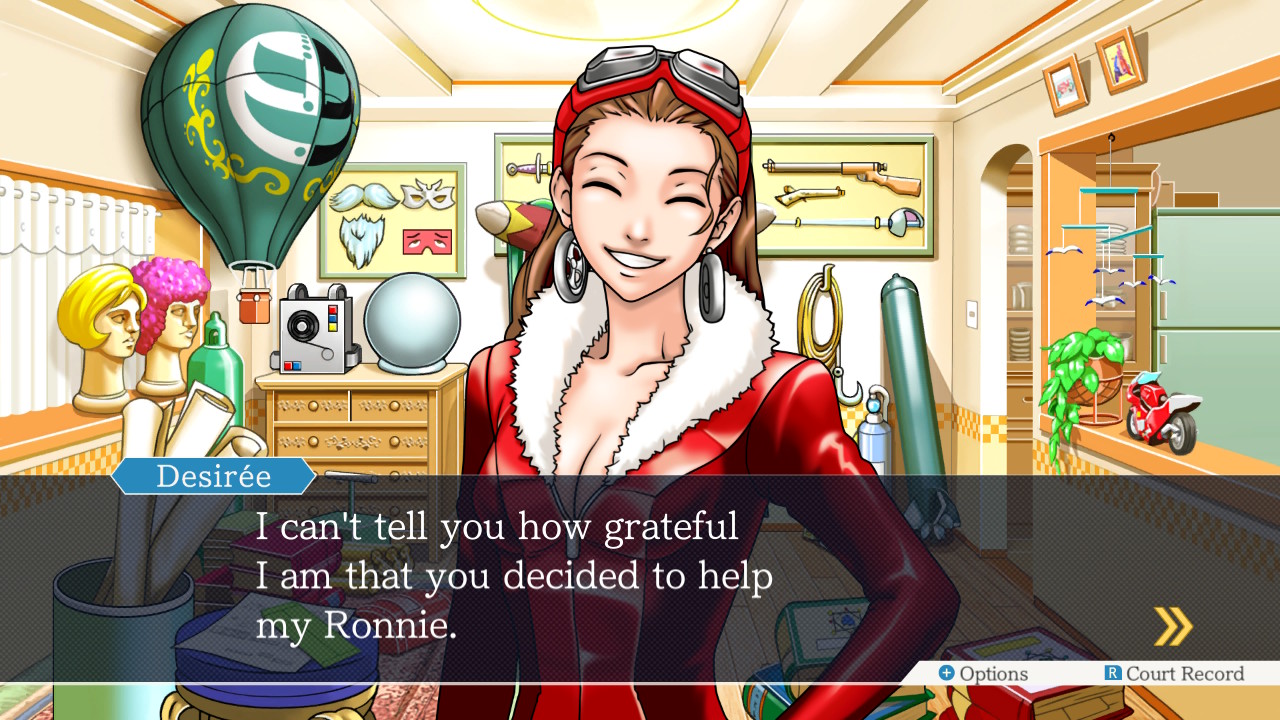 Rounding off the list of must-play visual novels for first-timers is Phoenix Wright: Ace Attorney Trilogy, a collection of the first three games in an ongoing saga about a heroic, if somewhat bumbling, defense attorney living in a world where the prosecution almost always wins. Phoenix is clever and astute, but it’s up to his revolving list of assistants to keep him in check when his desperation threatens to get the best of him. The games play out in a fun pattern. Each game has multiple cases and each case cycles several times between investigating the crime to accrue evidence and trading jabs in the courtroom until the guilty party is revealed. Things play out rather episodically, but there are clear-cut character arcs and the final case is always a culmination of what came beforehand in some suitably epic way.

Nothing is ever too daunting in the first three games, nor does the script ever grow dry. Capcom’s colorful prose makes every character memorable and the franchise’s pacing is swift enough that few players risk verging on boredom at any point.

If the above games have you hooked, there are all sorts of visual novels to venture into from here. From sci-fi time-travel shenanigans like Steins;Gate to thinly-veiled psychological horror like Higurashi: When They Cry, there’s truly something for everyone. Doki Doki Literature Club Plus is a good pick after you’ve sampled several visual novels, because while on the surface it seems innocent and playful, deep down inside it’s a lot of things… including an expertly crafted parody of every hit VN around.

The best visual novels for new fans of the genre are the ones that showcase the potential of the genre without overwhelming players or possessing any particularly dull stretches on the road to their better moments. With luck, you’ll soon find an entry point you love, be it a story of lawyers, birds, or bygone times.