The latest news in the world of video games at Attack of the Fanboy
November 6th, 2017 by William Schwartz 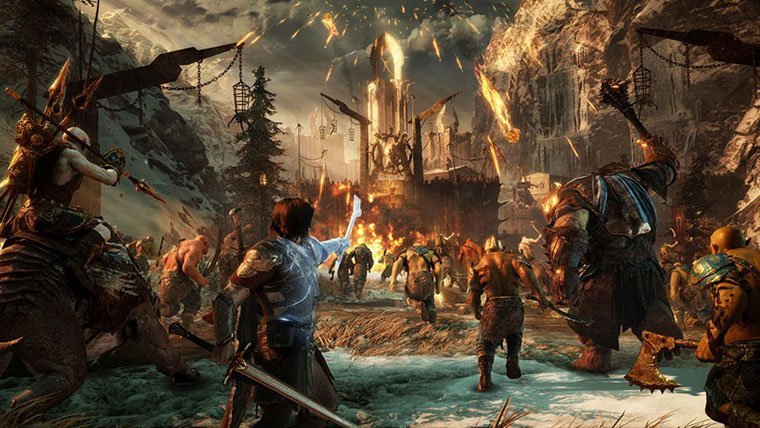 The Xbox One X will soon be out, and developers and many games are getting updates that bring about numerous enhancements to take advantage of the power of the console.  If you’re still on the fence about the Xbox One X, check out our review.  At launch, new Xbox One X owners will undoubtedly be looking to play games old and new that have added features for the console.

Forza Motorsport 7:  Microsoft’s flagship driving title might be the best looking game on the new console.  What was already a good looking racing game looks even better on the Xbox One X with Native 4K support in sixty frames per second with HDR.  One of the smoothest playing, best looking racers on the market today, Forza 7 is an absolute must play to experience just what is possible on the Xbox One X.

Gears of War 4:  Sure it came out a year ago, but the Xbox One X is breathing new life into Gears of War 4.  If you haven’t played this game yet, the 4K 30FPS experience in the campaign is incredible to look at.  While the 4K 60FPS multiplayer experience is one of the best looking, smoothest competitive multiplayer shooters on the market.  Another game by Microsoft Studios, this one takes full advantage of the power of the Xbox One X.

Wolfenstein II: The New Colossus:  With added 4K resolution and HDR support for The New Colossus, there isn’t a much better reason to head back into this single player campaign and play it again.  Since it’s got a branching storyline depending on your decisions, even if you’ve already played it you can go back in and have a new experience both in terms of the story for an even more immersive experience in terms of visuals.

Call of Duty WW2:  The most popular shooter on the market will be playable in 4K UHD on the Xbox One X at launch.  If Call of Duty is your thing and you’re picking up an Xbox One X, the resolution bump to 4K compliments the 60FPS multiplayer gameplay for an incredible visual experience.

Rise of the Tomb Raider:  Rise of the Tomb Raider has become somewhat of a tech demo for the Xbox One X.  The game did come out a couple of years ago, but it looks incredibly modern on the new hardware.  With the ability to play in Native 4K, in a scaled 60FPS mode, or in an all-around performance mode, there might not be a better game that showcases the visual possibilities that the Xbox One X is capable of.

Halo 5:  If you’re an existing Xbox One owner you more than likely own Halo 5.  This is one of those games that you absolutely have to check out on the Xbox One X as it runs in 4K with HDR at 60FPS.  Halo has never looked and played as good as it does on the Xbox One X with Enhancements.  In 4K at 60FPS there is a huge difference between this version of the game and the one that was released in 2015.  After playing Halo 5 on the Xbox One X, you’ll be hard pressed not to get excited about what future Halo games will look and play like on this console.