The Division 2 Seasons Show Promise, But the Game Remains Broken

Poor balancing and a litany of bugs threaten to sink the ship. 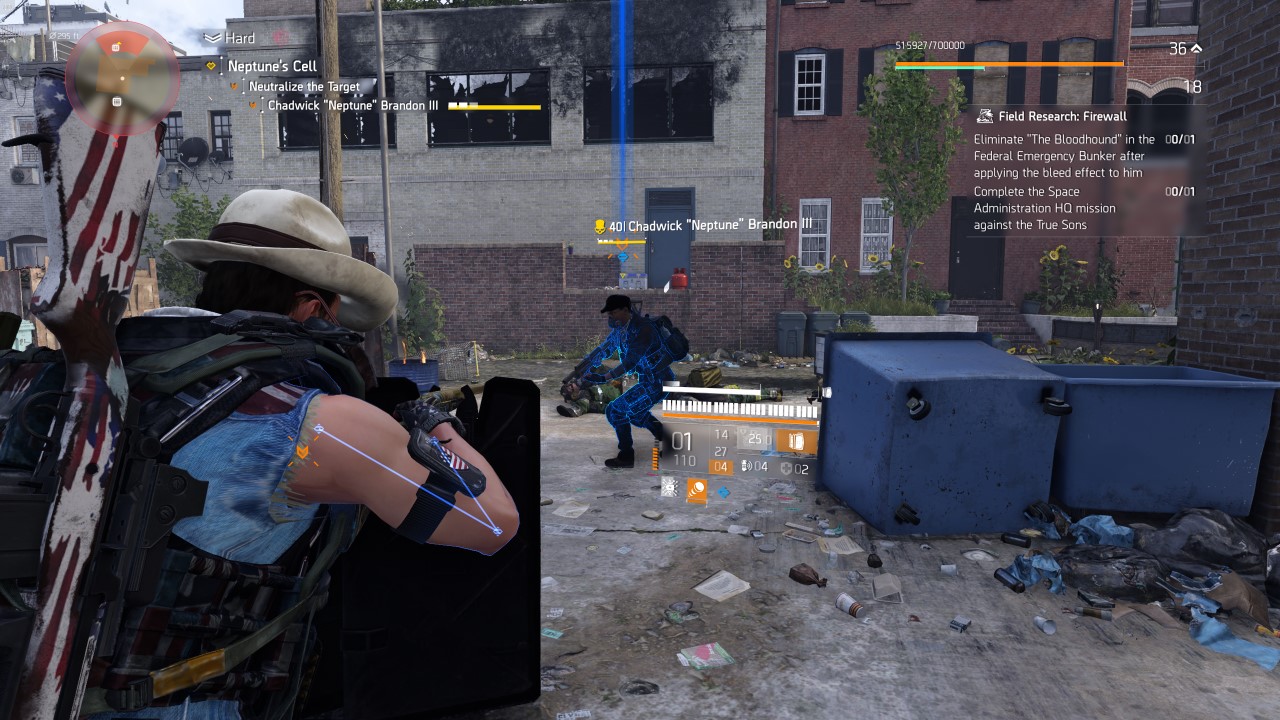 It’s been three weeks since The Division 2: Warlords of New York came out, and the first Season is in full swing. We’ve seen the first manhunt target added to the game, and a League kicked off last week. The Polarity Switch Global Event also went live recently, and thus far I’ve been having a decent amount of fun with it. Well, when the game allows me.

See, with Gear 2.0 Massive dramatically altered the meta. They wanted to get away from sloppy damage builds face-rolling even Heroic difficulty missions, and establish a new paradigm where build variety reigned supreme. Initially, that appeared to be the case with Gear 2.0 opening up a slew of doors the previous gear system left shut. There was just one teensy-weensy problem: enemies had become like Gods.

I’m not being hyperbolic here: full damage builds with optimal rolls were getting instantly shredded by even the lowliest of grunts, and their peak DPS barely dented elite and named foes. Tank builds were faring worse – their abundance of armor melting nearly as fast as their skill and damage counterparts, but without the killing power (as a “blue” build lover myself, I can verify just how squishy my 1.7 million armored ass was). This forced players to lean into damage only builds if they wished to clear missions before the end of time.

And that was for solo play.

Group scaling was beyond broken, and agents who tried to tackle missions together in any difficulty above Normal found themselves facing off against enemies that were exponentially more powerful. The pendulum had swung too far to the other end, and the game’s balance continued to pigeonhole everyone into damage builds, now for the opposite reason. It was the only way to progress and not hate existence.

Massive was apparently listening, and in the last two State of the Game’s announced they would look into rebalancing enemy health and damage, though they wanted to turn the dial gradually. As of this week we now have the fruits of their labor in our hands, and…

It doesn’t feel any different. Not really. 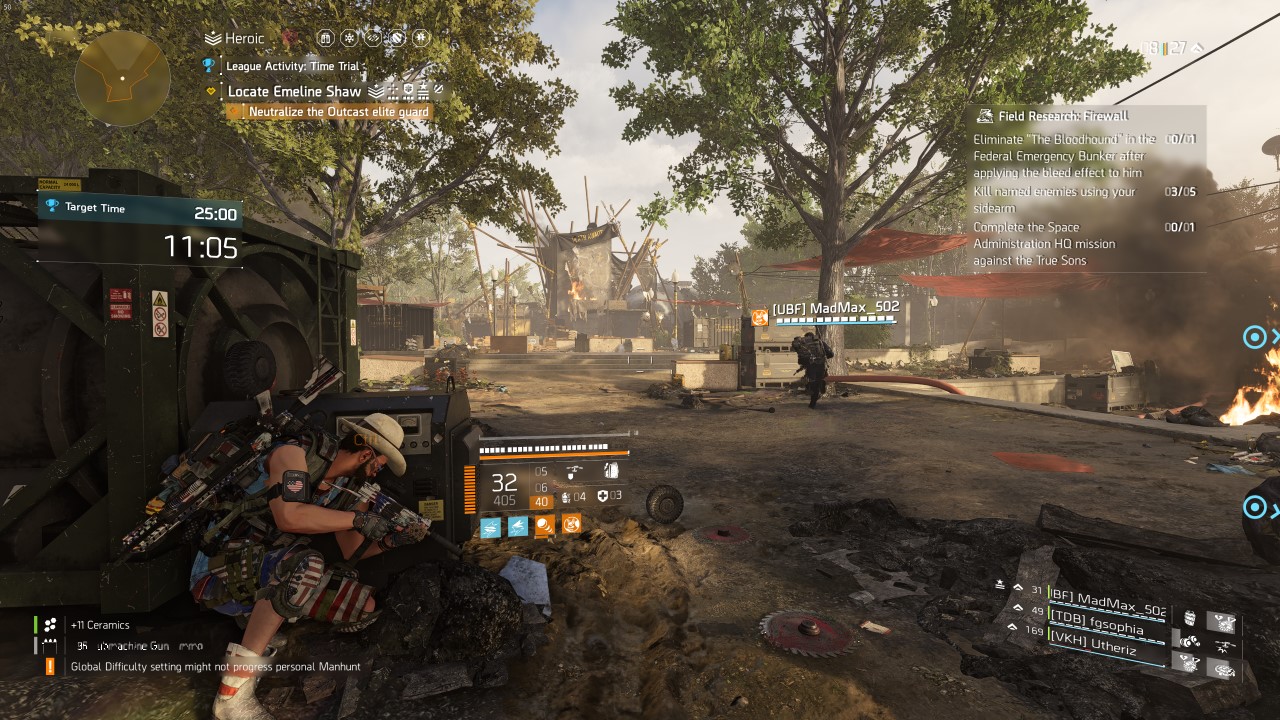 The reductions are somewhat noticeable if you squint hard enough, but there were other problems this simple numbers nip-and-tuck didn’t address. For one, enemies seem to have forgotten The Division 2 is a cover shooter, and every single unit in the game now pushes the attack with near kamikaze abandon. This isn’t as bad if players can easily melt these aggressive buffoons, thus motivating agents to still adopt damage only builds. Furthermore, it seems every faction went to sniper training after the expansion dropped. Shot-gunners miles away will peel all your armor away in a single blast, and foes wielding SMGs seem to have swapped the bullets out for pinpoint accurate lasers.

Let’s not forget the various Tom Brady’s lobbing grenades over vast distances directly into your face. Massive made some alterations to the Black Tusk in tandem with this recent update, but that hasn’t stopped them from sprinting across the killing floor with super human speed to ruin your afternoon and spamming the ever-loving sin out of their abilities. Add in status effects that continue to deal far more damage than anything else on the field and you’ll find one highly aggravated playerbase. If anything, our enemies are the true Division agents, and we’re the mooks.

I understand the desire to have each jump in difficulty mean something in The Division 2, and the idea seems solid on paper: get gear from a set difficulty until it becomes easy, then move on to the next one. But that’s not entirely how it’s working right now, with the AI acting like it’s set to Heroic even on lower difficulties. Making enemies spongier and deadlier does serve a purpose when implemented correctly, acting as a curve players can overcome with the right equipment and well-tuned builds. The current environment, even after this recent patch, is still laughably over-tuned, and the superhuman AI has only exacerbated the issue.

It’s a pity balance is broken, because the new Seasonal events are not half bad in concept. The manhunt is a generic repeat of existing content, but it does introduce new players to the core endgame loop rather well. The Global Event is a fun diversion that changes up how we interact with The Division 2, though it desperately needs to share progress among groups (credit goes to the killer, meaning those damage only builds are soaking up all the rewards). Leagues sound great in practice, but the focus on speedrunning missions means players need to embrace damage only builds if they wish to ace them. 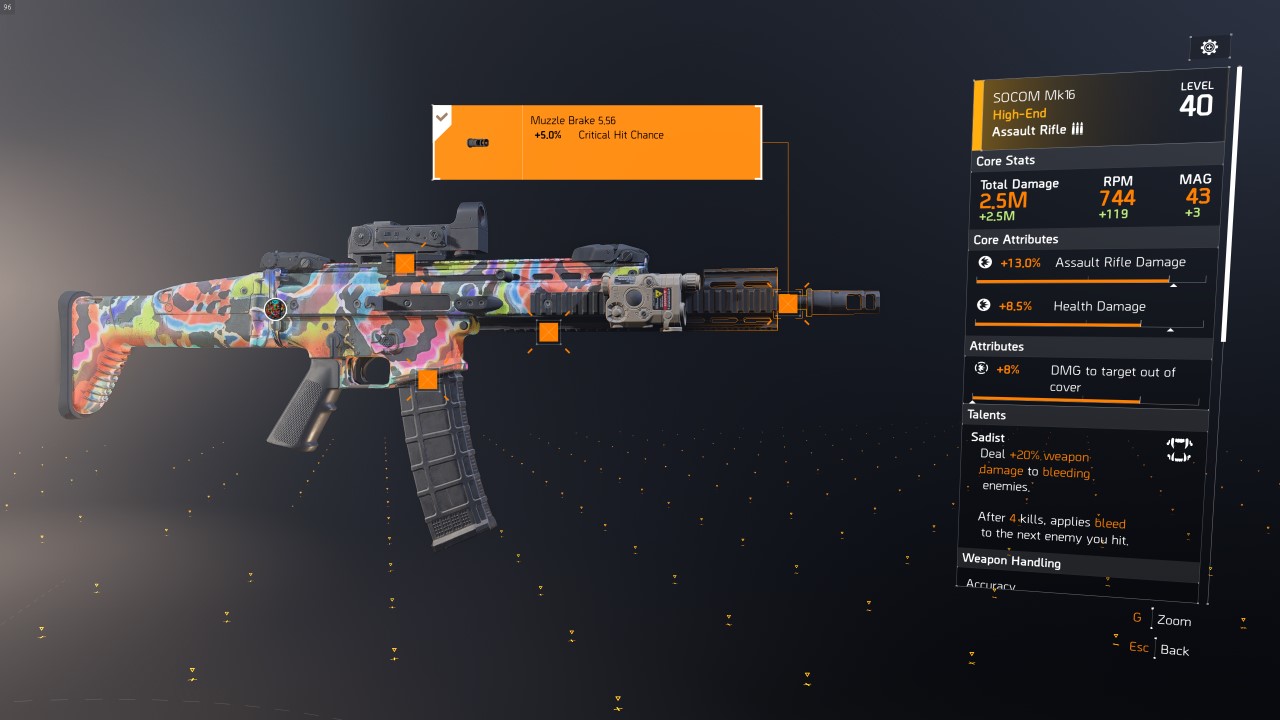 Sure, a high-end skill build can remain somewhat competitive with the right party composition, but it still risks slowing the whole team down. Leagues have made The Division 2’s balancing woes glaringly obvious, and they hint at a conflicted development team. Massive doesn’t want us going too fast and steamrolling content, until they do. Earlier I was match-made into a Heroic stronghold with an individual exploiting a well documented damage bug, and they were dealing well over 2.5 million damage with their assault rifle (as you can see in the screenshot above). Anyone dumb enough to run in front of them was vaporized, including heavily armored elites.

Yet we barely cleared the first time gate. This person was a damn Terminator murdering whole rooms as they spawned, and we still struggled to complete a perfect run. How in the Hell are people not exploiting the game expected to reach the max rewards from Leagues if bugged damage barely limped over the finish line?

That doesn’t account for the slew of other issues plaguing the game right now like Hard-Wired remaining broken, Striker not functioning as advertised, and god only knows what else. Is the aggressive AI a bug? Hard to say, but I wouldn’t be surprised if Massive came out in the next State of the Game and claimed it was. Then there are larger design issues, like the worthless skill mods, that need addressing.

Player faith has been shaken to the core, and Massive’s reluctant promises have done nothing to alleviate concerns. At this point players are starting to wonder if Massive even cares, is incompetent, or both. Personally, I don’t believe any of that. Instead, I think it comes down to fear. Fear of making the game too easy again. Fear of people fleeing in droves as they did shortly after The Division 2 launched.

That fear will lead to players dropping the game once more, and Massive needs to commit wholesale to rebalancing their game. No more half-measures; this recent update made that obvious.

The Division 2: Warlords of New York
You May Like