The latest news in the world of video games at Attack of the Fanboy
April 25th, 2018 by Kyle Hanson 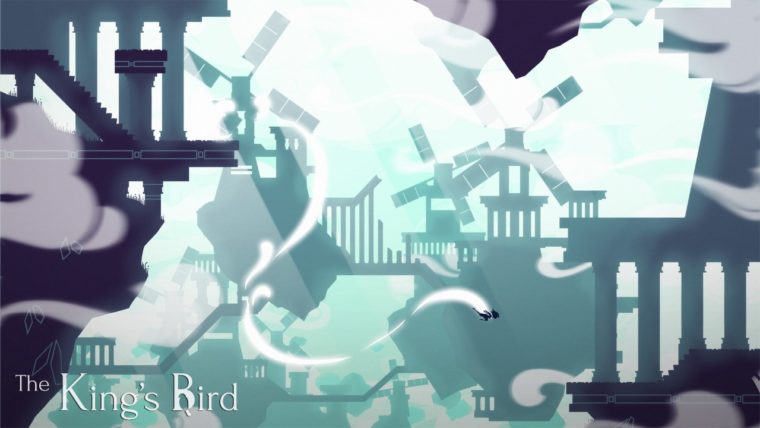 Press is usually given some priority when it comes to demo stations at PAX East and any other convention. We’ve got a schedule to keep, so usually we get ushered to the front and right to the gameplay. Sometimes it’s tough though, like when I arrived to play some of The King’s Bird at PAX East 2018. A young woman had jumped on the only demo station and was simply addicted. I didn’t mind, because it let me just watch someone enjoy a game, and enjoy it she did. Once I got my hands on the demo I understood why.

The King’s Bird looks fantastic, you can see that just by checking out the available screenshots. In motion it’s something totally different, as the game focuses on momentum and flow. You aren’t just hopping from one platform to another. Instead you are gliding your way through these stages, and keeping your speed up as you do it is the key to getting further.

It kept bringing me back to the more action-packed moments of Journey, a game that I don’t make comparisons to often given its exceptional reputation. But that is what came to mind as I flew through the stages in The King’s Bird, watching my glowing trail get shorter, signifying that I needed to land and recharge.

Once I did, I saw before me an ever growing challenge, as the level grew more and more difficult as I progressed. Early moments just had me gliding up and down a bit, but later the game ramped things up significantly. These challenges never felt like too much though, they built off one another so well that each time something new came up, it just felt like something I had to figure out on my own, rather than a cheap trick the game was placing in my way.

The King’s Bird is the sort of experience where you fail over and over again, but you just keep going. You keep trying. The game loads you back to your checkpoint, which are liberally spread across the levels, and you fly right back into danger. Spikes, long gaps, anything in your way feels like something you can defeat, and it’s that feeling that drove that woman onward through almost the entire demo. Near the end was a challenge too great for either of us in the short time allowed on a convention floor.

The King’s Bird is a great looking game, but it shores that up with solid gameplay as well. Taking something as familiar as a platformer and adding a momentum focus is a genius move, but it’s one that could fail if not designed well. If my demo is anything to go by though the team has nailed it so far.