The Order 1886: Just another cover shooter or something special? 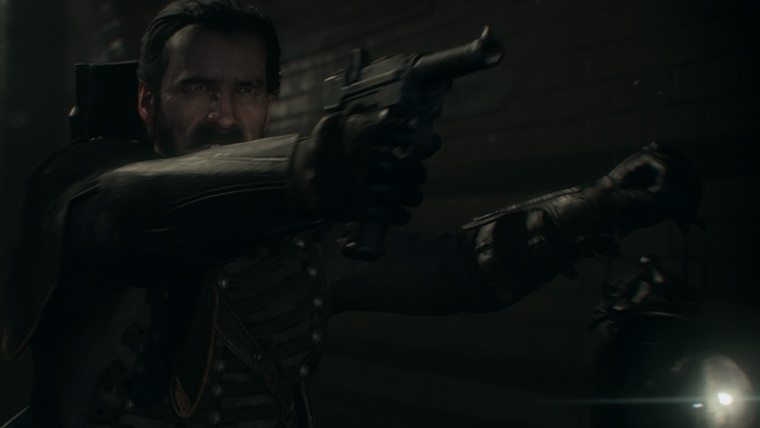 The Order 1886 made its public debut at E3 2014. For the first time, Ready at Dawn has opened up a small portion of gameplay for attendees of the convention, showcasing what is undoubtedly one of the best looking games on its way to the PlayStation 4. The Order: 1886 isn’t without its critics and doubters though. For every attendee that I spoke with who echoed the game’s praises on the visual front, there’s equal amounts of concern regarding the gameplay, the repetitive nature of the demo, and concerns about whether or not the studio is going to be able to round out this game into something more than just eye candy.

Can Ready at Dawn turn The Order 1886 into more than just eye candy?

Ready at Dawn is best known for their work on the PlayStation Portable.  The God of War games on the handheld saw widespread praise when they were released. With Ready at Dawn being comprised of former members of Blizzard Entertainment, Naughty Dog, Obsidian, and others, there’s definitely promise that The Order is going to be something special, and it very well may be.  It certainly dresses the part.  An exquisitely designed Victorian-Era London, and a premise that re-writes history, having man utilize advanced technology to battle a still mysterious adversary, gives the game a very unique and fresh feel.

Dropping into the world of The Order 1886 for the first time was a next-gen moment for myself.  The game is stunning, and no trailer can do this justice.  Crammed into a tight space with our monitors being up close and personal, there was plenty of room for The Order: 1886 to expose its visual flaws.  The cinematic approach that Ready at Dawn is taking is pulled off flawlessly.  We’ve heard a lot about developers aiming to make it impossible to determine where a cutscene starts, and where it ends.  The Order 1886 is one of the first games I’ve played that hits that target.  Playing games that aren’t completed in demo builds at a convention is tricky business.  Sometimes you have to give developers the benefit of the doubt.  Bugs arise, games crash, things happen in this environment.  What happened next was an eye opener for me.  As the demo starts with an impressive cutscene, I literally sat there for a good minute or two wondering why the game was frozen.  My mind and eyes have been trained to be able to tell where a cutscene starts and where it ends.  I asked the handler of the demo for advice, and he said use the thumbstick.  It was to my bewilderment that I was playing a video game. 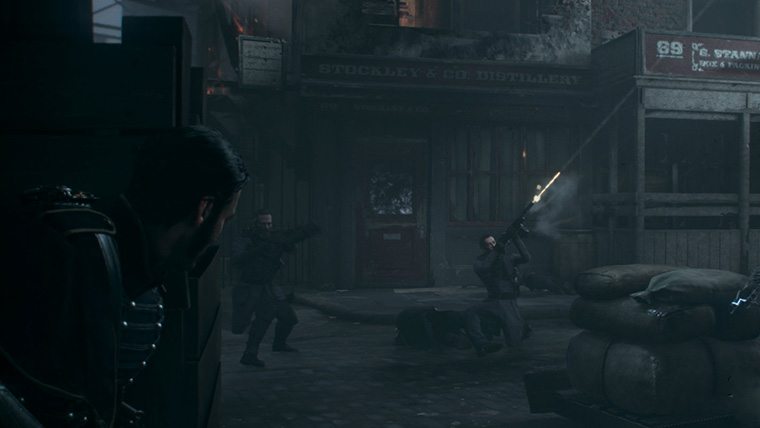 Eyes on, The Order 1886 is one of the most impressive visual experiences that I’ve ever seen on a console. The visual effects in snapping in and out of cover are jaw dropping, and the equally impressive particle effects of using the game’s Thermite Rifle are something that console gamers have never seen before. It’s hard to fathom that anyone came away from the gameplay demo of The Order 1886 unimpressed by the game’s visuals. For some, that’s more than enough. A cinematic experience that really showcases what the PlayStation 4 is capable of will be worth the price of admission for that person.

The Order: 1886 is a cover shooter though. That’s apparent in the short gameplay demo, and from the other footage out of E3, the game will rely on some of the tried and true methods from other games that have come before it. The Order doesn’t appear to have that same generation leap in the gameplay department. It feels less like an innovation in this genre, and more like an iteration — at least from this early build of the game. Our demo was packed with stuff we’d seen before, maybe prettier than other games, but familiar. It was linear, gameplay had a rinse and repeat feel to it, and was somewhat underwhelming in this regard.

The Order did separate itself from other cover shooters in regards to its weapons. Galahad was armed with a Thermite Rifle that allowed him to douse his foes in a Thermite Dust and then ignite them into flames. It showed off impressive particle effects on the PlayStation 4, and that Ready at Dawn was definitely thinking of interesting tools for players to use. What we didn’t see, was what else there was, and if we should expect a roster of weapons that are as cool as the Thermite Rifle. Being able to switch to different weapons could really spice things up in the gameplay department, and that’s precisely what we’re told would be the case in the full release. Just how many there will be, or if there will be any other gadgetry to experiment with, wasn’t something that the Ready at Dawn representatives were willing to talk about in detail.

The Order: 1886 is due out in February for the PS4 and its not entirely clear what this game will be when all is said and done. Will it be the evolution of the cover shooter, or will it be that game that relies on its impressive visuals to make its mark?  It’s undoubtedly impressive, and certainly ambitious in its visual presentation.  That’s good enough to impress console gamers, but where Ready at Dawn goes from here will likely be the difference between something good and something great.

Home / Original Articles / The Order 1886: Just another cover shooter or something special?