The Walking Dead: The Final Season is Already Better Than A New Frontier

Hopefully these trends continue for the rest of the season. 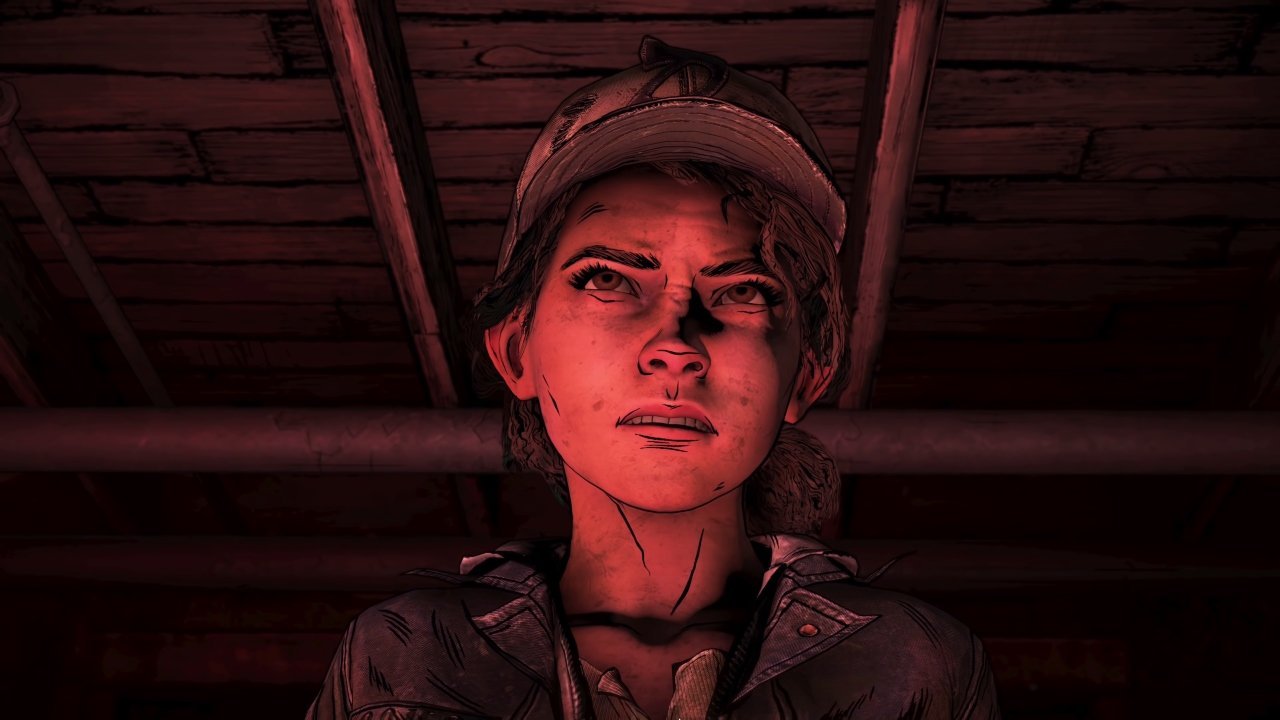 Okay, that’s a pretty charged assertion considering The Walking Dead: The Final Season just started and only has one episode out so far, but hear me out.

First of all, I want to make clear that these are just my opinions and that I’m not trying to portray them as facts. You are obviously free to have your own opinions, and if they conflict with mine (or coincide with mine), you can discuss them in the comments below. I also want to point out that I don’t hate A New Frontier or anything. In fact, I like it (it may not seem that way from this article, but I do). But that’s kind of the problem. I didn’t absolutely adore it, the way I did the first two seasons of Telltale’s The Walking Dead; I just liked it. So in this article, I’ll be addressing what I consider to be some of the missteps made in A New Frontier and how I think The Final Season is already handling them better. By the way, this article will not contain (major) spoilers for The Final Season, so you don’t have to worry if you haven’t had time to play it yet. There will, however, be major spoilers for the first three seasons of Telltale’s The Walking Dead.

First of all, I simply like the characters more. I just found them immediately more likable than the cast in A New Frontier. In A New Frontier, we play as Javier, who’s fine, but not exactly the most interesting protagonist in the world. Plus, in the third season of an established series, it felt weird suddenly switching perspectives to a completely new character, rather than someone who we had already been following up to that point. We’re also introduced to Gabe, who’s annoying and sucks; Kate, who isn’t super dislikable or anything, but the way the game is constantly trying to push a romance between Kate and Javier, even if the player continually decides against it, is pretty annoying; and David, who’s actually one of the more interesting characters in the season, but he alone can’t make up for an otherwise largely lackluster cast. There’s also Jesus, which is pretty cool, and then a bunch of other rather forgettable characters whose names I can’t even remember right now (conversely, I can remember the names of just about every character from the first two seasons of The Walking Dead, even though they’re older games). Even Clementine kind of sucks in A New Frontier, because she’s turned into this kind of snobby teenager regardless of how you shaped her personality in the first two seasons. I still cared about her just because she’s basically my fictional daughter at this point, but it was sad to see her demoted to a relatively one-note archetype in the background, rather than the complex main character she had been prior to this season.

But regardless of how interesting or archetypical each character is, I simply like the characters in The Final Season more. Sure, they have their flaws, but I just like them. Marlon may be unsure as to how to be an effective leader, but upon meeting him for the first time he appears to truly care about his community and is just trying his best in a tough situation. Louis may seem naïve to how horrible the world around him actually is, but he’s a fun guy to be around and can always lighten the mood. Violet is incredibly standoffish, but spend some time with her and you’ll find that she just wants a friend who she can talk to. They might not necessarily be the most original characters in the world, and some people will have problems with how expository some interactions with them can be, but I just find them likable in a way I didn’t really feel the characters from A New Frontier were, and I’ll be happy to spend the rest of the season with them (even though there’s a good chance a lot of them won’t make it to the end of the season; this is The Walking Dead, after all).

Probably one of the reasons why these characters are immediately more likable to me than the previous season’s is because they have to be. Clementine is meeting these characters for the first time along with the player, so to make Clem care about these characters, the writers have to make them likable enough that the player will care about them too, and I think they successfully did so. Compare this with A New Frontier, in which there was almost no attempt to make the players care about Javier’s family, largely because there was no room for that kind of inter-character growth since Javier as a character already cared about his family. And since Javier already cared about Gabe, Kate, Mariana, and David before the events of the game even started, the game didn’t have to take time building a relationship between Javier and his family, which also means the game didn’t take time to build a relationship between the player and Javier’s family, which can result in the player simply not caring that much about them. Some of the interactions in The Final Season may be a bit too expository for some, but as far as I’m concerned, this first episode was about building up Clem’s relationships with new characters to ensure that the player would care about them before they’ll inevitably start dying off in later episodes.

Speaking of characters dying off, that’s another aspect of The Walking Dead that I think was executed better in The Final Season than in A New Frontier. Okay, that sounds kind of weird. What I mean is, The Walking Dead universe is known for having incredibly high stakes. One wrong turn, and a favorite character could die. We learned from Season One that even playable characters aren’t safe. But in A New Frontier, it didn’t feel like the stakes were that high. Or rather, the stakes didn’t feel as high as they’ve been throughout the series up to that point. In the first two seasons, the player is constantly reminded how dangerous the world is by seeing important characters die left and right. In A New Frontier, this isn’t so much the case. Important character deaths are pretty few and far between, so while death is still a presence, the world of the third season just doesn’t feel as dangerous as previous seasons. Not to mention the general atmosphere is different. The first two seasons are dramas about groups with conflicting personalities trying to work together to survive in a dangerous world. Then in A New Frontier, you have Javier bashing a zombie’s head clean off with a baseball bat while riding a motorcycle. Pretty different tone from what we’re used to in the series. It felt more like an action movie or something, which kind of inherently made the world feel less realistically threatening. I won’t spoil who (if anyone) dies in the first episode of The Final Season, or what other specific circumstances may occur, but the threat of a post-apocalyptic world feels more real again. It also feels more like various events happen with purpose, as opposed to the almost purely shock-value death of Mariana in A New Frontier.

I also feel like The Final Season acknowledges choices made in previous The Walking Dead seasons better than A New Frontier. I haven’t gotten the impression so far that choices made in seasons 1-3 will be super impactful on the events of The Final Season, but I can also appreciate that this fourth season is its own story that doesn’t completely rely on previous seasons. That said, a reference or homage here and there is nice. Aside from the choices presented in the Story Builder, my playthrough of the first episode of The Final Season showed that Clem still remembers my choices from previous seasons, which I liked seeing, even if those choices won’t substantially alter the events of this season. And even if you wish that past choices mattered more in this season, you have to admit that they handled past choices better in this first episode than in A New Frontier, in which previous choices were almost never mentioned, and if they were, it was likely to retcon them (Clem ending up as the same loner archetype no matter what she was like in the first two seasons, whoever you ended up with at the end of Season Two being killed off in a ten-minute flashback, etc.).

Ultimately, what it largely comes down to is this: When I finished the first episode of A New Frontier, I was kind of like, “Oh. Okay, then. I guess it ended.” Whereas, when I finished the first episode of The Final Season, I was more like, “What!? No way! Man, I can’t wait for the next episode!” All I can hope now is that the rest of The Walking Dead: The Final Season continues these trends and ends up being a great send-off for one of my favorite video game series of all time.

Home / Original Articles / The Walking Dead: The Final Season is Already Better Than A New Frontier