The latest news in the world of video games at Attack of the Fanboy
December 29th, 2017 by William Schwartz 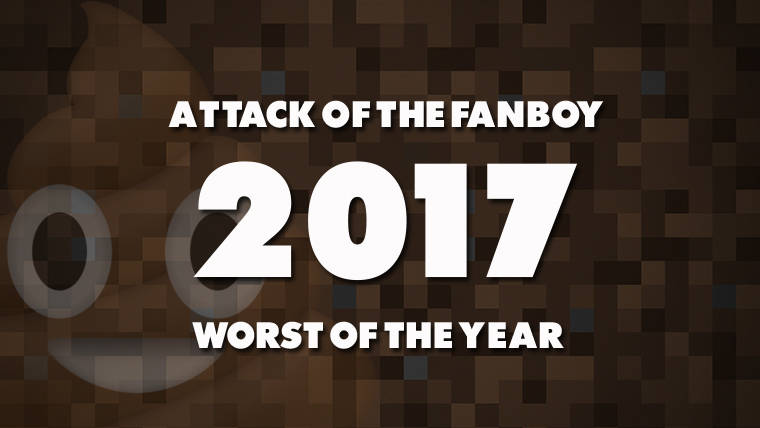 Alongside a lot of great games being released in 2017, there was a lot of bad things that happened surrounding them.  In this list we’re going to tackle some of the worst parts in gaming, in a year where headlines were dominated by publishers exploring monetization options that essentially ruined some of the most popular franchises of the industry.   As usual, the year was also littered with cash grab downloadable content, poorly managed services, and disappointing news and game releases.  Judging from the list below, we should just call these the EA awards. 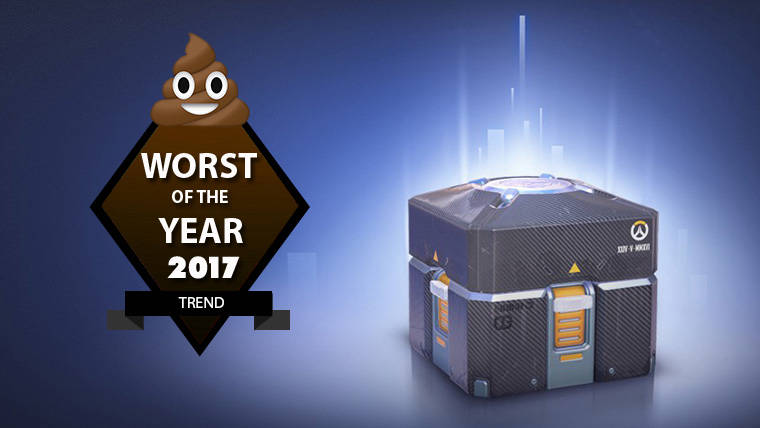 Without a doubt, the most concerning trend in video games this year was the new ways that publishers incorporated loot boxes into their games in 2017.  While some offered cosmetic items in them, taking a page from Overwatch to monetize their games, others used them in more insidious ways that started creeping into the territory of “Pay to Win.”

Not content with allowing players to earn these boxes by simply playing full-priced $60 games, these loot boxes are now widely available across a number of high profile games for real world cash.  Also not content with just limiting these loot boxes to contain cosmetic items, some developers started putting game changing items into them as well.

Buying what you want as piece meal DLC is one thing, but blind boxes have become a big topic of concern across the gaming community as they seem to prey on people with certain tendencies as they have the characteristics of a virtual slot machine.  The problem got so bad in 2017 surrounding the release of Star Wars Battlefront 2 that main stream financial media and government officials from numerous countries started to weigh in on the controversy. In 2017 you could point the finger at Electronic Arts for their treatment of Star Wars Battlefront 2 and call it day for Worst Publisher of the year, but they did so much more.  Not only did they misuse the Star Wars Battlefront 2 license in a completely predatory fashion by structuring their entire game around microtransactions, but they also killed one of the most beloved series of all time by releasing Mass Effect Andromeda way before it was ready.  They took this same loot box system and incorporated it into another one of their biggest franchises in Need for Speed, essentially stripping any enjoyment from that game as well.  They shuttered a studio that many hoped would finally bring us a single player Star Wars game, and in the same breath told us all that single player games were dead.

Electronic Arts has been looked upon poorly in recent years in the way that they treat their paying customers and the studios that they gobble up and dismantle, but this year they’ve sunk to their lowest lows.

Read on for the most disappointing game of 2017