Time to Squeeze Back Into Those Luchador Tights for Guacamelee! 2 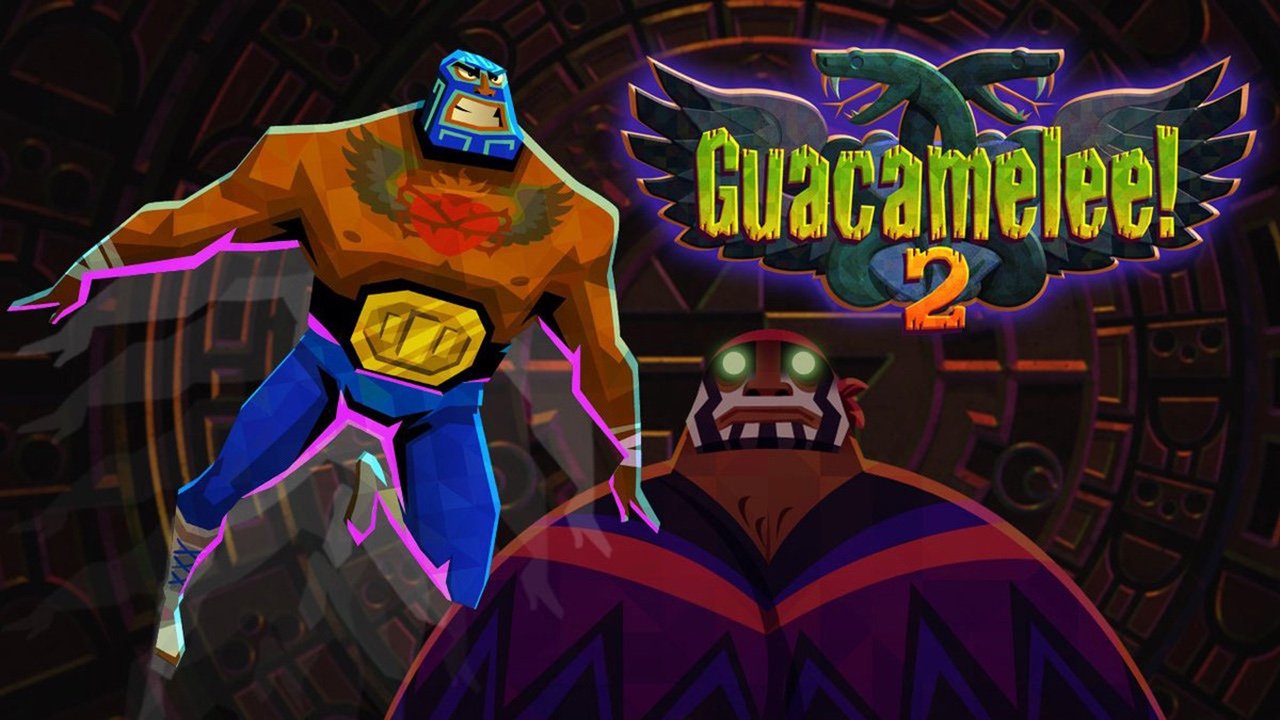 I’ve spent the past few hours running, jumping, kicking and uppercutting my way through DrinkBox Studios’ upcoming Guacamelee! 2 and I’m grinning like a lovestruck skeleton.

The first Guacamelee! surprised everyone with a body slam of platforming awesomeness when it appeared in 2013 for the PlayStation 3 and Vita, with an updated version suplexing onto consoles in 2014.

You played through the 2D platformer as Juan Aguacate, a humble agave farmer turned luchador, who gets pulled into the world of the dead, hot on the heels of Carlos Calaca (an evil charro skeleton) and the kidnapped El Presidente’s Daughter, who you of course love.

In Guacamelee! 2 you’re back at it after seven years of glorious retirement and the game doesn’t skip a beat reintroducing you to the game’s combo-rich brawls, Juan’s ludicrous power-ups and, of course, the ability to turn into a chicken. 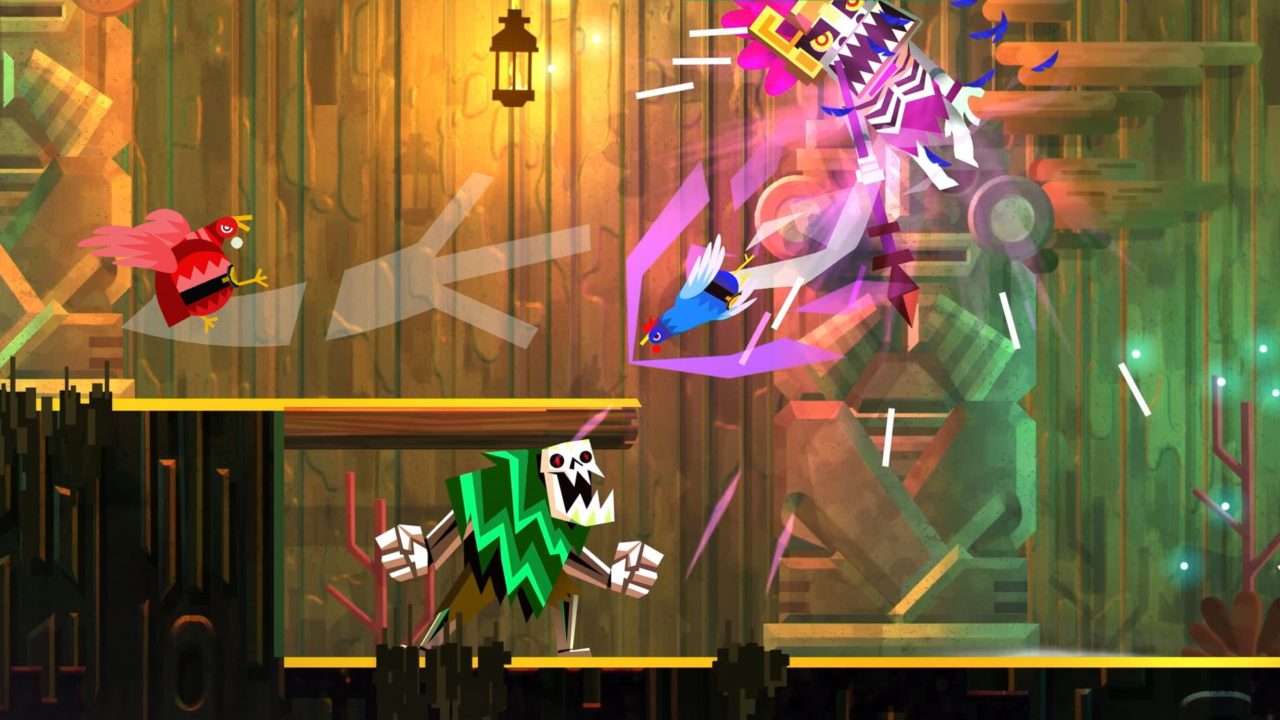 The game feels the same as the first, in all the right ways. The incredibly strong visual and Día de Muertos color design seeps from every screen. The humor of the writing comes back again and again and the excellent animation, character designs and catchy Mexican-inspired music are here. Many characters from the first are back too, along with the basic movements and general level design. There are colored blocks that need to be broken by specific moves, color-shielded enemies, dimension jumping and coins.

So what’s new? DrinkBox Studios have added some new moves to Juan’s arsenal. Eagle Boost joins a bunch of others as a way to launch yourself from specific points in the environment allowing for some wild acrobatics across some dastardly designed levels. You also get some chicken upgrades, such as Pollo Shot, allowing larger parts of the map to be chicken-specific opening up opportunities for secret pathways and even chicken combat. That’s right! So far, these abilities tie in well with the level design allowing them to be utilized in many aspects of play.

The Metroidvania is strong with this one and you’re constantly moving through areas with paths to explore later. The level design has improved with many screens acting as dexterity puzzles, especially if you’re after those sumptuous chests of coins. This is further amplified by the clever use of dimension shifting, which causes enemies, platforms and projectiles to vanish in one dimension and reappear in another. This is used continuously and creatively in almost each environment I’ve been to. 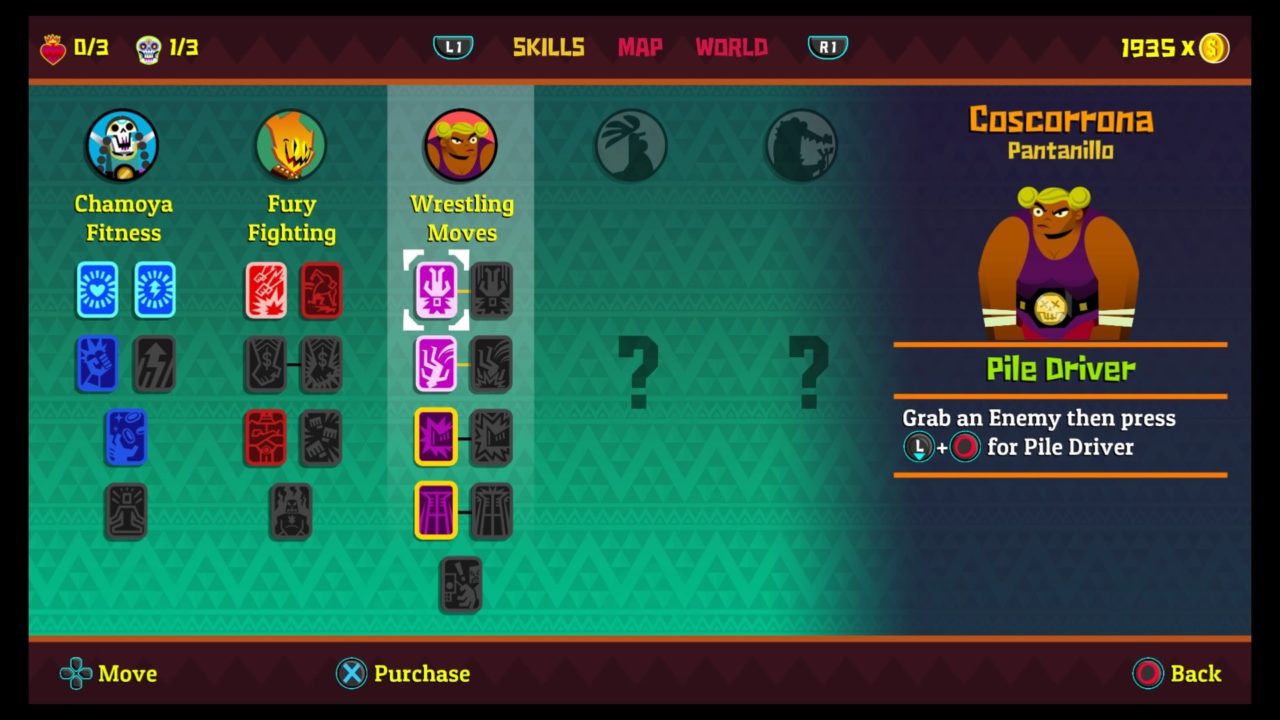 There’s also a new upgrade system. So far I’ve met Doñ Chamoya, who will help Juan with fitness buffs, Flame Face, with some advanced fighting techniques and Coscorrona, the angry wrestler, who desperately wants me to learn moves like Pile Driver to better deal with the situation at hand.

This time around there’s permanent 4-player local co-op too, so you can chase down the new big bad, Salvador, though different timelines and prevent the end of the Mexiverse on the same couch as your amigos. The goal? To stop him from getting his hands on three magical relics created by the God of Time which will no doubt give him mad powers!

So there it is. Guacamelee! 2 is shaping up to be a fistful more of the same, which means spandex-tight controls, genuinely funny writing, incredible visual design and almost perfectly designed levels. This time it’s also a lot longer, which was perhaps the only complaint of the first. I’ve played for about 4 hours so far and the game says I’m 12% through the world. 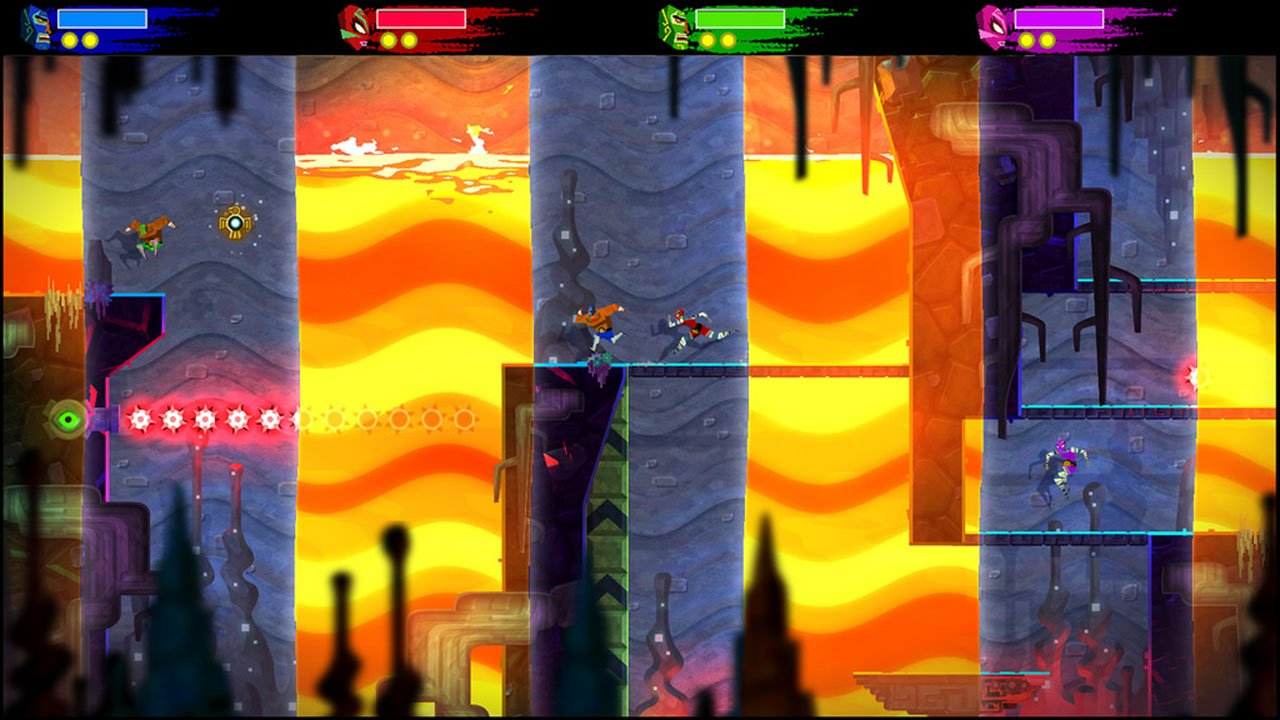 The only question now is whether or not it’s too similar to the original and if DrinkBox have more tricks in store for it to leap beyond a brilliant expansion.

Guacamelee! 2 is heading for PS4 and Steam come August 21st. Lucha! You can check out the trailer below.

Home / Original Articles / Time to Squeeze Back Into Those Luchador Tights for Guacamelee! 2