No longer just a niche series in the West. 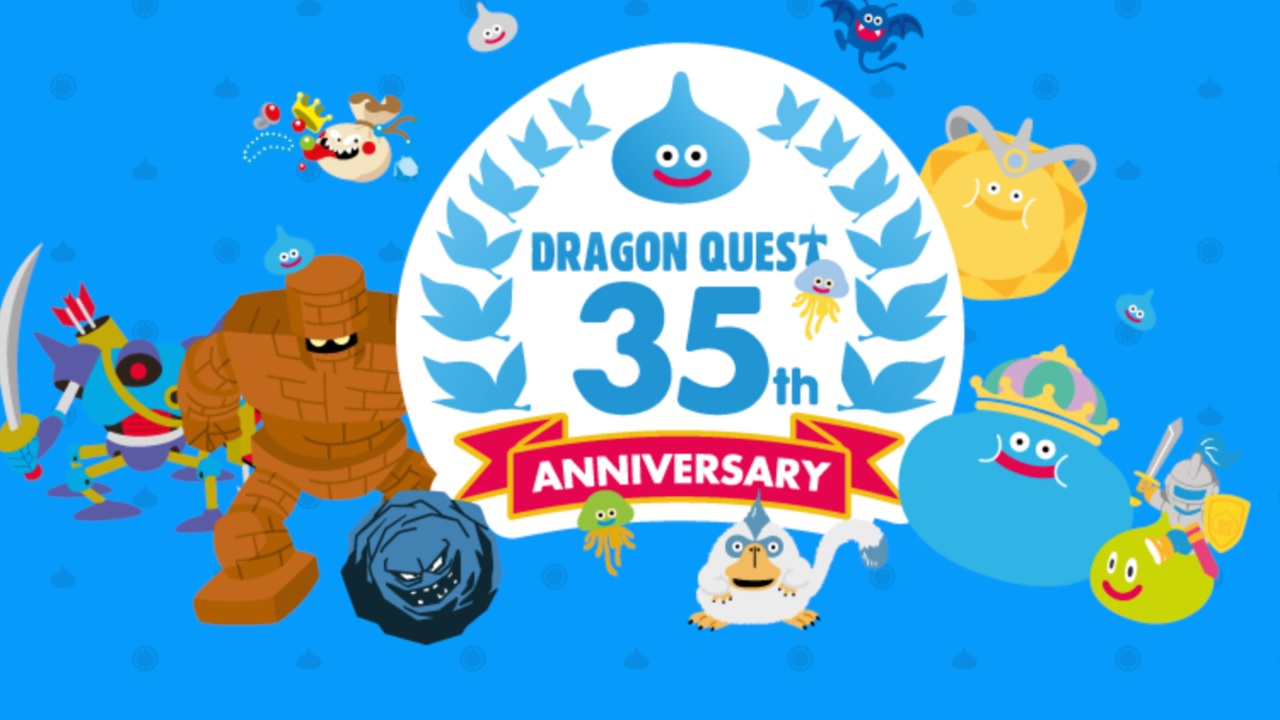 Dragon Quest has really gained foothold in the West over the last decade, after previously being mostly a Japanese series with a few successful games elsewhere only. Games like Dragon Quest XI and the Dragon Quest Builders series really helped to elevate the series and introduce it to a lot more people across multiple platforms. Similar to the Yakuza series, Dragon Quest just keeps getting bigger and that can be seen with the announcement of the Dragon Quest 35th Anniversary stream that is being held later tonight.

For the first time ever, a Dragon Quest presentation is being presented in English as well. With this presentation being held for the 35th anniversary of the series, we have put together a list of five different announcements that we are hoping to see.

Dragon Quest X released back in 2012 for the Nintendo Wii and has come to other platforms over the years. The main reason that this has not left Japan though is that is is an MMORPG, which would take a lot to bring over. However, there have been more and more rumors over recent years that maybe we would finally get this game brought to the West. If it were not the MMORPG itself coming over, there was talk we could see a single player only version of the game as well. Either way, it’d be great to get Dragon Quest X in some fashion, as it was always very well received in Japan.

As crazy as it may seem, the last single player mainline game in the series prior to Dragon Quest XI came back in 2009 with Dragon Quest IX for the Nintendo DS. As the only entry in the mainline series to be handheld only, it was obviously hampered in some ways, but still ended up being a very good game. There have been rumors that this game was going to be getting some sort of remaster or remake for modern platforms and we are hoping that is actually the case. A good bit would need to be done with this one to bring it up to modern standards probably, unlike the next entries on our list, but we are really hoping those rumors end up being true to get another chance to try out this game.

Similar to bringing Dragon Quest IX to modern platforms would be a port of the 3DS versions of Dragon Quest VII and VIII, though obviously with better resolution than the 3DS was able to handle. These were PS1 and PS2 games respectively, so getting the improved visuals along with the fixes made on the 3DS would be great here. These came in the later years of the 3DS anyways, so they really deserve a release where more people will get a chance to play them. Dragon Quest VIII is one of the greatest RPGs ever made too, so that one especially needs to be released here on more than just mobile platforms when it comes to anything modern.

This entry is one we are really just hoping for based on how much fun we had with the previous two Dragon Quest Builders games. This Minecraft-like games surprised us when they released in 2016 and 2019 respectively, as they took the Minecraft style gameplay and somehow mixed it perfectly with the world of Dragon Quest. Considering these first two games were a few years apart, it would be great to get confirmation that a new one is on the way. It is unlikely that we’ll get like a full reveal and release date for one coming soon, but just knowing that Dragon Quest Builders 3 is in development would be good enough. As a little side note, a new Dragon Quest Heroes game would be pretty fun too.

We save the big one for last, as it’s the most likely of the bunch on the list. Dragon Quest IX has been a major worldwide hit and Square Enix definitely needs to strike the iron while it’s hot. The original release of Dragon Quest XI came in 2019, so they definitely should be working on the follow-up right now. There have been many rumors that his is the case and having it announced at this event is very likely, even if it’s just a logo and name. Considering they are making such a big deal about this stream to where it’s being simulcast in English, they have to have some big guns ready to reveal and this would definitely be the biggest.

That is our list of the top five announcements we want to see during the Dragon Quest 35th Anniversary presentation that is being held on Wednesday, May 26 at 11:30 pm. While it’s unlikely all of even most of these will be announced, we are hoping to get some great announcements to keep us excited about the future of Dragon Quest moving forward.