Top Dead Or Alive 5 Last Round Fighters For Beginners

The Dead or Alive series has always prided itself upon having a rather complex fighting system full of combos and counters. However, there are still plenty of gamers that may be trying the franchise out for the first time with Dead or Alive 5 Last Round. As a result, it seemed like a good idea to come up with a list of the top five best fighters for beginners to use. Since it would be kind of useless to rank these individually, this list is in alphabetical order instead. 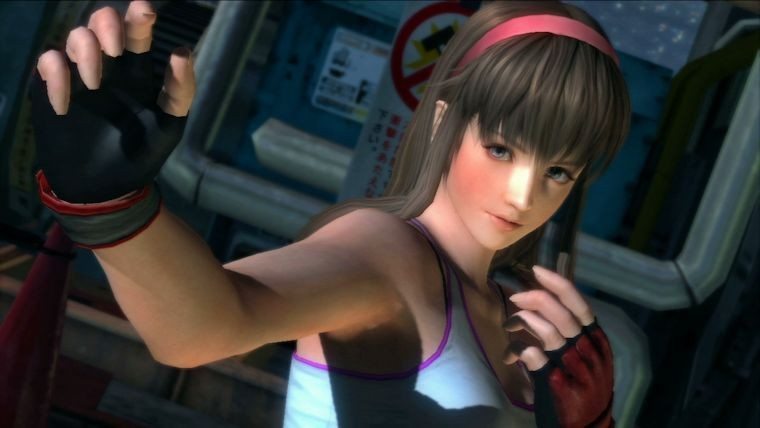 First debuting in Dead or Alive 3, Hitomi burst onto the scene as the game’s resident karate style fighter from that point forward. In the earlier entries, Ein is a rather solid starting choice, but Hitomi took what made Ein useful and expanded upon it greatly. Hitomi has the best punch techniques in the game, but is certainly not the strongest offensively in the game. However, her recovery time more than makes up for that in the closest of fights, making her quite useful for anybody playing the series for the first time. The sole male fighter on the list, Jann Lee is one of the better fighters available for newcomers in Dead or Alive 5 Last Round. This fighter is no doubt inspired by the legendary Bruce Lee, even right down to using the Jeet Kune Do fighting style. Ranking as one of the fastest in the game, Jann Lee can absolutely dominate the competition before the opponent knows what happened to him or her. Jann Lee is very combo centric and utilizes them well in close combat, but shines most brightly in the long game. Anybody using Jann Lee will quickly learn just how useful moves like the Dragon Kick are, making him a good choice for newcomers. Kasumi has served as the face of the Dead or Alive franchise since its inception, so there is no doubt that she would be a very approachable fighter for those new to the series. Featuring probably the most balanced setup in the series, Kasumi can beat you with speed and precision, while also slowing it down a bit with the much more complex moves in her arsenal as well. Hayabusa and Hayate can be fun with even more speed than Kasumi, but their movesets tend to fall much more on the difficult to learn side than does Kasumi, which makes her the more attractive character for those who haven’t played the series in the past and are just starting with Dead or Alive 5 Last Round. The most recent addition to the series of the fighters on this list, Kokoro made her debut in Dead or Alive 4. Kokoro uses the Ba Ji Quan fighting style to her advantage, as she has a large range of strong low and high kicks that work in tandem with her elbow strikes. Her unbreakable chain throw is a huge plus, as it is a well that players can keep going back to in the toughest of battles. Kokoro overall offers a very simple setup that can give newcomers a chance right out of the gate against opponents, thanks to the relative ease of executing even her most powerful moves. Tina is definitely one of the more unique fighters on the roster, with a move set that revolves around wrestling. This comes as a result of her and her father Bass’ in-game profession as wrestlers naturally. Tina isn’t the speediest fighter in the game, but she is still much faster than Bass, making her the better option here without a doubt. Her grapples are easy to use in battle, with an immense power behind every throw. Tina’s rather simplistic moveset allows players to get a hang of the different mechanics pretty easily and works as a good intro to the series in Dead or Alive 5 Last Round.