Where Are Top Spin 5 And Virtua Tennis 5? 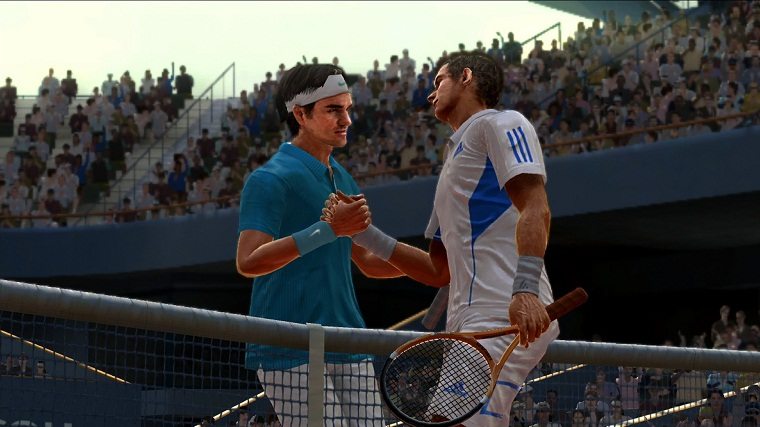 The US Open tennis tournament is now underway in New York. For video game tennis fans however, there is still no Top Spin 5 and Virtua Tennis 5 to celebrate the occasion.

The last run of actual tennis games that were released were in 2011. Both Virtua Tennis 4 and Top Spin 4 were out that year and fans liked both games. Top Spin 4 catered for the hardcore players while Virtua Tennis 4 kept its old formula which had a more arcade feel to it. Grand Slam Tennis 2 came out in early 2012, although it looks like EA might not be interested in releasing a follow-up.

It’s now 2014 and three years later, there has never been a new tennis game for fans to play. The only “tennis” games fans had to settle for are those from casual motion controlled based titles. With the release of the PS4 and Xbox One, tennis fans hoped a next-gen release was on the horizon. With E3 and Gamescom now concluded, there were not mentions of any new tennis game coming out in the near future.

Other sports games get annual releases, although it’s not necessary for tennis games. This is mainly because the sport isn’t as popular as American sports and also the fact the sport doesn’t need upgrades each year too. Unlike in team sports where players move to new teams and add rookies as well. Tennis is an individual sport and new stars don’t get famous overnight.

If we don’t look at the “Legends” roster of Top Spin 4, there are a few retired players in the game. Since 2011, the likes of Andy Roddick, James Blake and Dinara Safina have retired from the sport. Virtua Tennis 4 also had Andy Roddick and Fernando Gonzalez.

If there is to be a Virtua Tennis 5 and Top Spin 5, we might get to see more new names that have emerged. It’s quite bewildering Jo Wilfred Tsonga has never been added to a video game before. Even on the women’s side, Grand Slam winners like Li Na and Victoria Azarenka have never appeared in any video game.

It appears 2K Sports is now just concentrating all its efforts on the NBA and WWE franchises. The likelihood of Top Spin 5 getting released is still not certain at this point. As for Sega, they recently ported Virtua Tennis 4 to PS Vita and released a mobile Virtua Tennis game. They have not made any announcements regarding Virtua Tennis 5.

Maybe tennis is like skateboarding (another sport I like) where the games are taking an extended break waiting for the right time until they’re revived. Until then, we can do is just wait and wait and wait…

Home / Original Articles / Where Are Top Spin 5 And Virtua Tennis 5?