It seems like a glorious return to form for the tactical RPG. 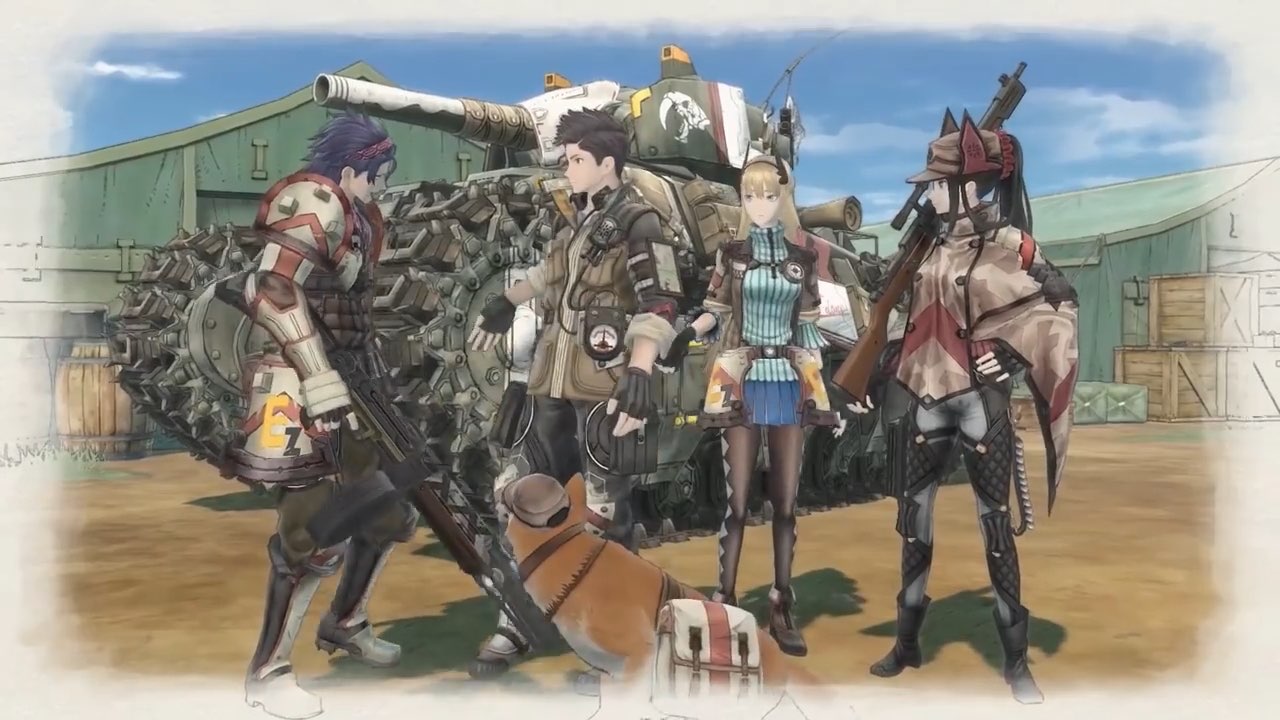 Yesterday Sega surprised us all by releasing a demo for the upcoming Valkyria Chronicles 4. Following the original game fans have been pining for a true sequel. While its PSP sequels were great, they took the tone in a more high school romance direction.

The demo allows you to play through the prologue and first two chapters of the final game and will allow you to import your save data. High five, Sega.

The game occurs during the same time as the original – during the demo the Imperial Alliance actually invades Gallia – and it feels so very similar in almost every respect. And that’s a wonderful, wonderful thing.

Fans of the original will feel right at home. The game is still told in chapters throughout a digital storybook book with snippets of drama interspersed with missions, light-hearted banter and gorgeous, dramatic music. The demo allows you to play through three different missions, each escalating the action and weight of victory, coming to a total of about 2 or 3 hours of gameplay.

This time it’s Claude Wallace who you’ll be playing as, along with the colorful Squad E. The characters exude the same goofy personality as in the original and I’m already fond of Raz, my loudmouth shocktrooper, Kai, my dark and brooding Sniper as well as Riley, a character that has some history with Claude and the gang and who introduces the new Grenadier class. Grenadiers can set up mortars and take down people spying on you from up high or cowering behind sandbags. They’re fantastic.

The demo even gives you access to Headquarters where you have the options of equipping your squad with new gear, training them up while shouting at them and developing new weapons and equipment through R&D. New to the game is the Mess Hall – which allows you to speak to different squad members during your downtime and learn new commands, which kind of replaces the old war veteran from the first game.

I played it on the Switch and so, for now, don’t have a PS4 or Xbox One comparison to make, but it looks good, sounds sharp and didn’t have any performance issues. Having played Valkyria Chronicles Remastered on PS4 I can notice that textures are a smidge muddier and effects are a little more dated but the short chapter format Valkyria Chronicles 4 tells its surprisingly dark story in suits short bursts of play and it played a dream in hand-held mode.

I absolutely loved the demo and cannot wait for the final release. It is, at the moment, everything I loved about the original, all in tact and pulling forth memories of Welkin and the gang while introducing a great new cast of characters and adding and tweaking little bits here and there to freshen the experience. Since it happens in the same timeframe I can only hope and imagine that there will be some sort of Squad 7 cameo.

Valkyria Chronicles 4 comes out for all consoles and PC on September 25th. Operation Complete.