We Played Destiny 2 The Curse of Osiris Story, Watch it Here

The latest news in the world of video games at Attack of the Fanboy
November 15th, 2017 by William Schwartz 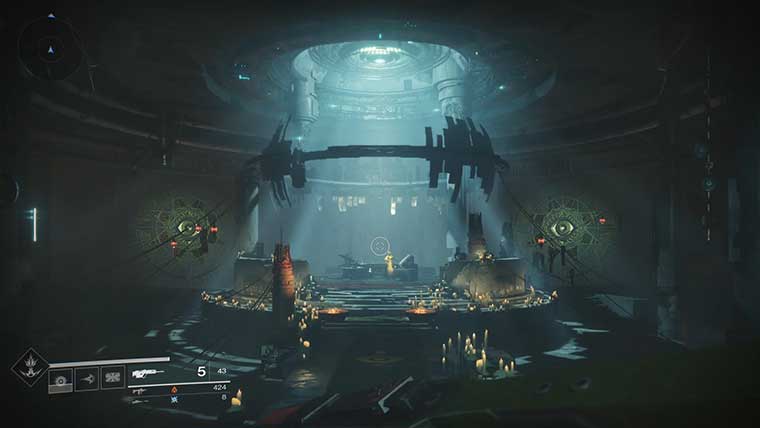 We recently got a chance to go out to Bungie to get hands-on with all the facets of the upcoming downloadable content for Destiny 2 called The Curse of Osiris.  With the new DLC Bungie continues to build off of characters that they introduced in the first game, but didn’t quite explain all that well.

As you’ll be able to see from the gameplay of the entire first story mission of The Curse of Osiris, you’re on a mission to return the legendary Guardian’s ghost to Brother Vance in the Lighthouse.  The Curse of Osiris brings players to a new location in Mercury, and tells a tale that involves both old characters and new ones, closing loose ends on some of the mysterious places and figures from the first game.

As some Destiny fans will remember, the Trials of Osiris allowed you to reach a place called the Lighthouse.  This Lighthouse was a reward for winning one of the game’s most difficult challenges in The Trials of Osiris.  Now we get to see it from a different perspective and in Destiny 2 it’ll be a new space with an NPC to visit like the other planets of the Destiny 2 universe.

Also seen in the gameplay are some different Vex enemy types that haven’t been included in the game since Vault of Glass.   As more details roll out about the upcoming expansion we’ll be able to tell you more about these enemy types and explain their mysterious appearance in the DLC and just how the Vex are tied into this story.   Along the campaign for The Curse of Osiris you’ll not only unravel this mystery, but meet some interesting new characters like Osiris, Brother Vance, and Osiris’ Ghost, Sagira.

You can check out the full playthrough of the first story mission in The Curse of Osiris, below: