How can spring and summer seasonal events be improved? 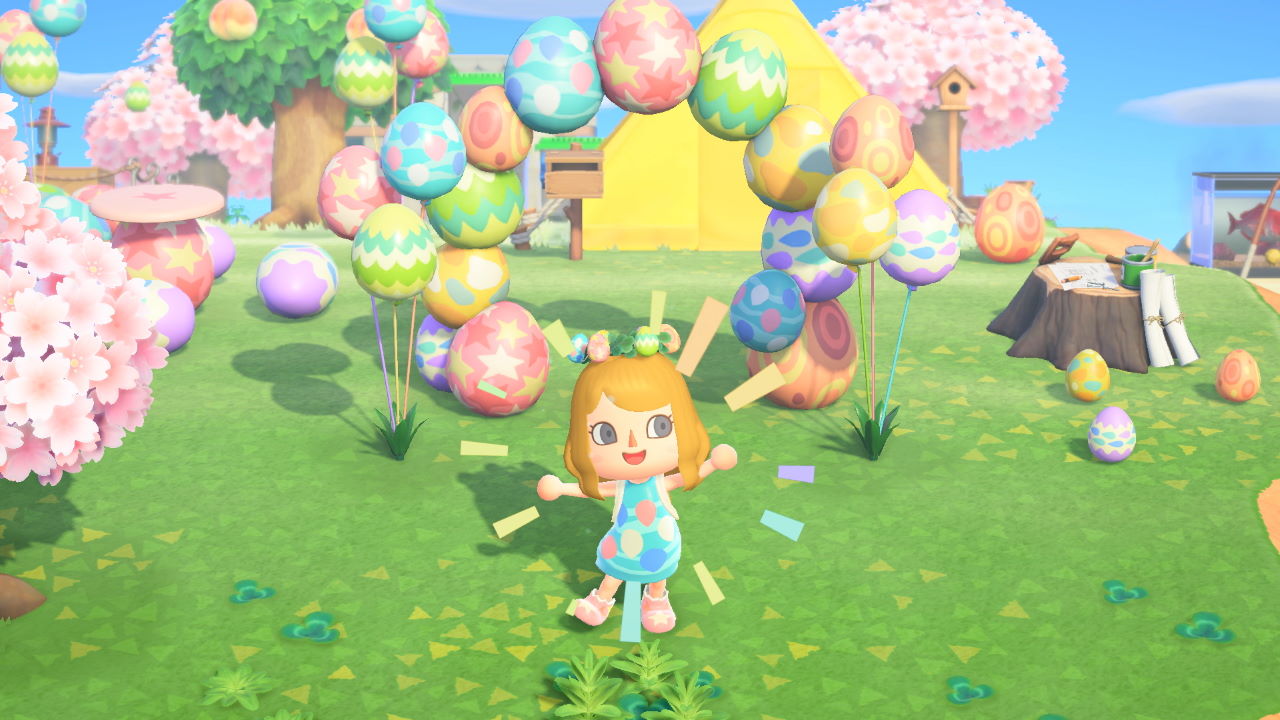 Animal Crossing: New Horizons came out less than a month ago, but the game just wrapped up its first major seasonal events. Both the Cherry Blossom and Bunny Day events were happening over the last week and a half, ending this last weekend to mixed reactions. In fact, both events had mixed results but for almost polar opposite reasons. Players surely had fun with the beautiful scenery and the fun atmosphere of Bunny Day, but there’s a lot to break down in terms of feedback and how future events should be handled. Let’s discuss what future Animal Crossing: New Horizons events can learn from the Bunny Day and Cherry Clossom events.

Bunny Day – Too Much of a Good Thing

Let’s start with Bunny Day, as that was the event most players engaged with during its window of April 1st to the 12th. This first seasonal event arrived with a lot of excitement and anticipation but quickly became a bit of a meme. The event was focused on a gigantic egg hunt, with players finding six different kinds of eggs hidden all around their island. However, what sounds at first like a challenging quest quickly became overwhelming as eggs were simply everywhere.

Chop a tree, there’s an egg. Hit a rock, there’s an egg. Dig up what you think is a fossil? Yeah, it’s an egg. But the worst by far were the water eggs that you caught in lieu of the usual fish. The problem is that the eggs were clearly not worth catching, so they felt like a worse result than pulling up the often maligned sea bass. After just the first day most players felt like they’d had enough, prompting Nintendo to adjust egg spawn rates on the fly.

All the egg collection had a goal in mind though, with DIY recipes also being doled out over the week and a half long event. The idea was that you needed to get all the recipes and enough eggs to make the items, with a special reward at the end for getting them all. Of course, the same problem appeared here with most players finding that they had all the recipes before the event was halfway over, and crafting the items usually left you with tons of extra eggs. It didn’t help that most of the items themselves weren’t all that interesting, offering fun atmosphere for the holiday, but not much else.

So the lessons here seems to be to limit what players get out of these events, stretching out the rewards over a longer period of time. But that brings us to the Cherry Blossom event, which had the exact opposite problem. 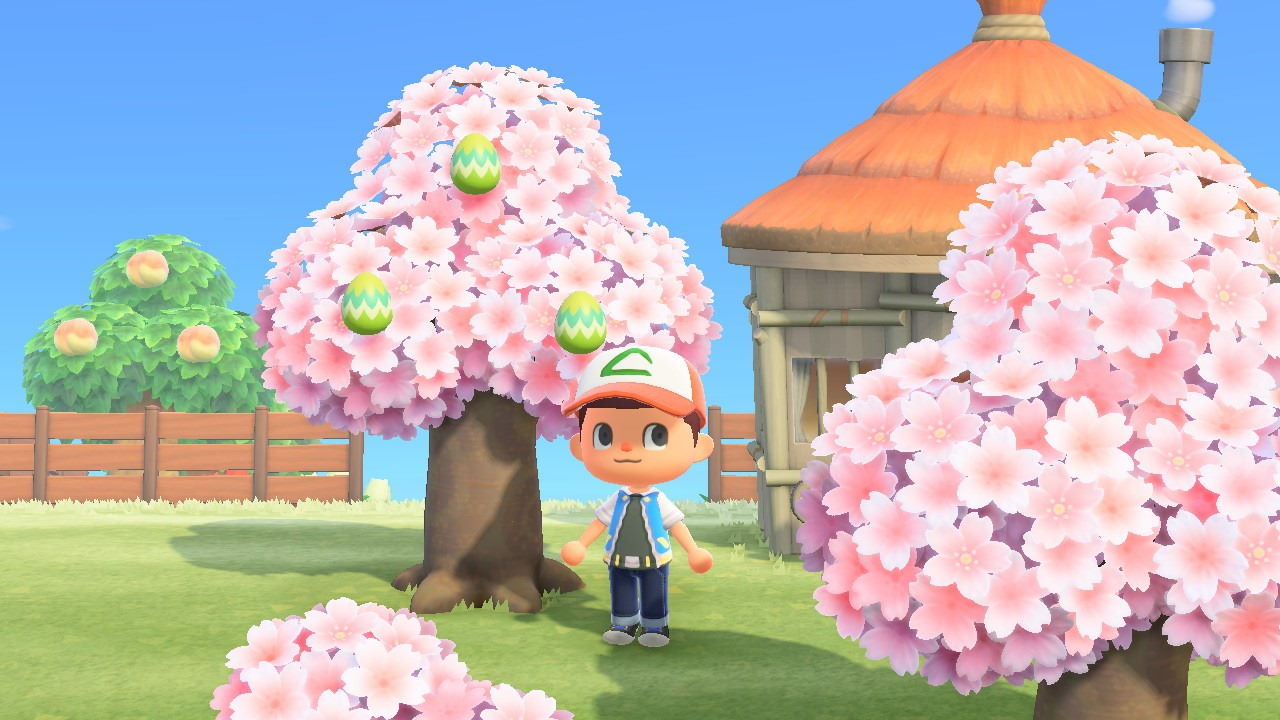 Wait…There was a Cherry Blossom Event?

Jumping into the game on April 1st you were slammed in the face with the Bunny Day event, but besides some extremely pretty trees and floating petals, you might not even know there was a Cherry Blossom event going on. Following the same formula, this seasonal event had players collect petals to craft into DIY items attained through recipes. However, there was only one way to get the recipes, popping normally spawned balloons. Of course, these aren’t all that common, and you could get repeats or other items. So even after players figured out how the whole thing worked, many found themselves lacking the key recipes they wanted.

Indeed, I made a concerted effort to get them all but came up short, as did many of my friends. Meanwhile, we all had extra Bunny Day recipes within the first few days. And the items offered by the Cherry Blossom event were clearly better in almost every way, with players all scrambling to get the ones they wanted, before they were gone. This means that neither event was perfect, which also means there’s a lot that can be learned from what worked and what didn’t. 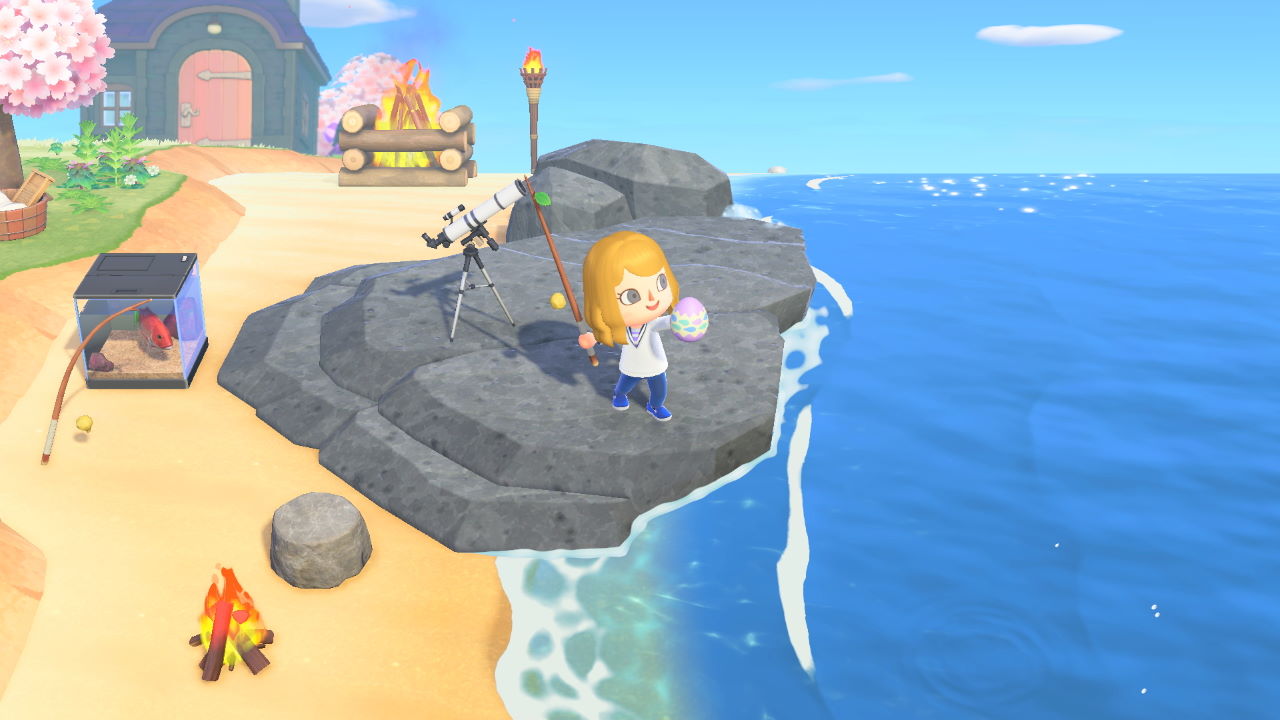 How can Future Animal Crossing: New Horizons Events be Improved

Basically the best lesson here is to not overwhelm players with events. Bunny Day earned a lot of scorn since it pretty much dominated everyone’s time in the game for over a week. A shorter timespan would have helped, but it was just too much all around. Of course, Animal Crossing: New Horizons is meant to be played slowly, and many gamers aren’t following that typical schedule, putting hours in every single day. So when situations change and the game isn’t on everyone’s must-play list, this sort of more robust event and schedule might be better. For the immediate future though, limiting events to a few days and simply giving players enough optional opportunities to earn everything will be much appreciated.

The danger is that those future events are closer to the Cherry Blossom side, where players find themselves scrambling to get everything. So a happy medium must be found, and it seems to be somewhere in between what these two offered. It would have been far better if there were more ways to get Cherry Blossom DIY recipes, rather than limiting to just tough-to-find balloons. The petals themselves were very easy and optional, with players only having to get them when they wanted to. Which contrasts with the frustrating way eggs were presented, lowering your chances for much needed items like fish, wood, and iron.

In short, make DIY recipes more readily available, make whatever resources you need clearly attainable without impacting what players normally get in the game, and shorten the overall time the event is live. A week is already plenty of time, though also avoiding stacked events like this would help keep players focused. If you have a solid week to get everything, and it’s all readily available, then there could be much fewer complaints overall. The Bunny Day event’s last day actually had a nice little feature as well, where you could trade extra eggs for ones you needed. Perhaps being able to swap DIY recipes or crafting material should be a fixture at the end of these events.

These are just suggestions, of course, as each event must be dictated by player behavior and what else is going on at the time. With these first two seasonal events Animal Crossing: New Horizons presented very different degrees of success, so there’s a lot to learn from them both. Hopefully the next big one takes those lessons and improves everything all around.