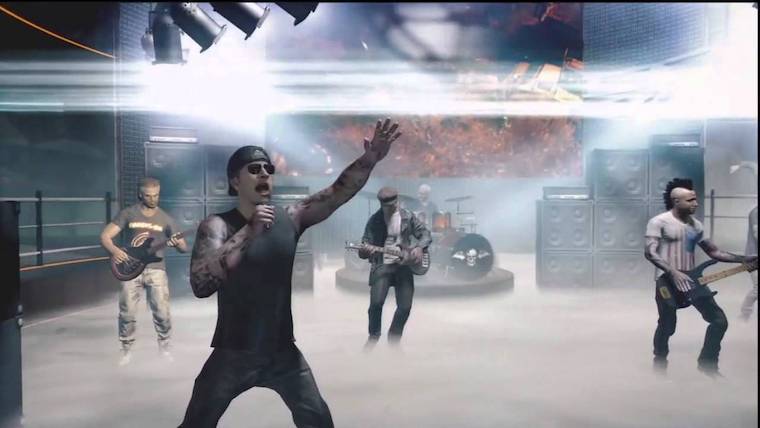 In case you somehow missed it, Call of Duty: Black Ops 4 was just officially announced, after several rumors about the reveal had been circling the internet. However, despite the fact that we now know for certain that Black Ops 4 is indeed this year’s Call of Duty game, we still have very little information about it, as the press release and teaser trailer didn’t offer much insight. So it’s time to start asking the important questions. For people like me, who generally aren’t big fans of first-person shooters but are big fans of heavy metal music, the question at the forefront of my mind in regards to the new game is, “Will Avenged Sevenfold be contributing music to the soundtrack?”

For those unaware, the American heavy metal band Avenged Sevenfold has contributed music to every Black Ops game so far. Apparently, singer M. Shadows is a fan of the Call of Duty series himself, so the band wrote an original song, entitled “Not Ready to Die,” for the Call of the Dead mode in the first Black Ops, though you kind of had to go out of your way to get the song to play in the game.

“Not Ready to Die”

Avenged Sevenfold returned for Black Ops 2, for which they wrote another original song, “Carry On.” This time, the band played a bigger role, as they performed the song in concert in a non-canonical cutscene with two of the game’s characters from the main story. This cutscene also serves as the song’s official music video.

The band then played a smaller role for Black Ops 3, writing a collection of musical tidbits entitled “Jade Helm” for the game’s score, rather than writing a full song to release as a single, as was done with their previous Black Ops songs.

So now that Black Ops 4 has been officially announced, we have to wonder if Avenged Sevenfold will be coming back to write music for this new game as well. The obvious answer would seem to be yes, given that they’ve contributed to every Black Ops game thus far. However, the fact that they played a smaller role for Black Ops 3 might suggest that they’ve been losing interest in writing music for the series. Additionally, they’ve been kind of busy lately. The band released a new album in late 2016 and have been on the road pretty much ever since, headlining shows around the world as well as touring with Metallica last year.

We don’t know exactly when development for Black Ops 4 began, but since Black Ops 3 came out in late 2015, it’s probably safe to assume that 2016 was the very earliest production would have begun for Black Ops 4. Since Avenged Sevenfold was in the studio for most of 2016 recording their seventh album, The Stage, it’s possible that they could have taken some time to write and record a song for the game while they were recording anyways. However, that would have been pretty early in the game’s development cycle to be thinking about things like musical cameos. Plus, Treyarch probably wouldn’t have been stoked to go around letting people not directly involved in the game’s development know that Black Ops 4 is a thing. More likely, if Avenged Sevenfold was contacted to write music for the game, it would have been in 2017, or maybe even 2018.

Furthermore, Avenged Sevenfold already made a musical cameo in another video game not too long ago, and the way they went about that might suggest that they aren’t exactly planning on doing another one too soon. Last summer, the band contributed a song to the game Dungeon Hunter 5, which had created an entire Avenged Sevenfold-themed dungeon as part of an event. However, the song that Avenged Sevenfold contributed to the game, a previously unreleased song called “Dose,” was one that they had actually recorded during their time recording The Stage, but the song was left off the album. In fact, the band had recorded a number of unreleased songs during this time, most of them covers, which were all later released in late 2017 as part of The Stage: Deluxe Edition. Since Avenged Sevenfold’s tie-in with Dungeon Hunter 5 involved using one of these unreleased songs instead of writing an entirely new song for the game, one could assume that if the band was to contribute a song to another video game, say Black Ops 4, they would simply use an unreleased song instead of taking time between shows to write and record a whole new song. But the release of The Stage: Deluxe Edition kind of implies that the band doesn’t have any more unreleased material from those sessions that they could contribute to another game.

That being said, Black Ops 4 is a significantly bigger deal than Dungeon Hunter 5, so it may be possible that Avenged Sevenfold was willing to go out of their way to write and record a new song for it. Plus, at this point it would just be strange to have a Black Ops game without any music from Avenged Sevenfold. Whether the band will in fact be contributing music to the game or not will likely be revealed during the game’s Community Reveal Event on May 17.

Update: In a recent Reddit AMA, Avenged Sevenfold singer M. Shadows was asked if the band will be contributing music to Black Ops 4. He responded by stating, “Black Ops 4 is gonna rock. Hopefully they ask us to do something and we can find the time.”