Will Batman: Arkham Knight Have Microtransactions? 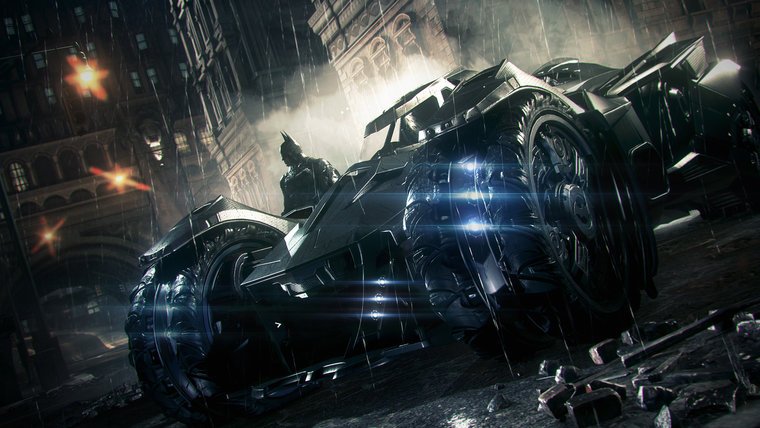 Batman: Arkham Knight is undoubtedly one of the most anticipated releases of the last few years and the wait will finally be over when it releases on June 23. The publisher behind the game is that of WB Games, who also published the recently released Mortal Kombat X. As you can see by our review, the game was absolutely fantastic, but had something rather worrisome attached to it that is yet another bad sign for the future of gaming, microtransactions. With Batman: Arkham Knight coming from the same publisher, should we be worried that this terrible trend in gaming will tarnish what is expected to be one of the best games of 2015?

Microtransactions are nothing new in games, with them gaining prominence through mobile gaming especially. Games like Candy Crush Saga and similar addictive puzzle games have used them as a way to entice players to spend tons of money on their game just to advance quicker. Most of the games that utilize microtransactions are known as free-to-play games, where you pay nothing to initially download, but have the option to pay for a variety of different things. Typically these microtransactions are something like extra lives, turns, or items that would take a long time to grind out to earn them at no cost.

Having microtransactions in a free from the start game is more acceptable, though still somewhat annoying. The biggest problem occurs when they come in much larger paid games, especially full retail console games. Mortal Kombat X is one of the worst offenders to date for this, though it is superfluous to the game itself. The game introduces something known as Easy Fatalities, which is just fine in of itself. By pressing only two buttons, you can perform any fatality in the game, as long as you have a token for them. These are able to be earned in-game, but you can choose to instead purchase them for a free. For $0.99 you can get 5 of these or for $4.99 you can get 30.

Having Easy Fatalities themselves somewhat cheapens the signature aspect of the game, but it is a little more acceptable due to having earned the tokens. Just being able to purchase them takes away any feeling of satisfaction from pulling off an awesome fatality. Losing to a friend and having a fatality done to you the right way is fine, but someone beating you and using a token to do one just ruins them, especially if it was bought.

Even worse than the Easy Fatality tokens is the ability to purchase literally everything from the Krypt for a flat fee of $19.99. The Krypt has long been an aspect of Mortal Kombat that allows you to gradually unlock new costumes, concept art, and more through in-game Koins. Allowing you to just circumvent all of that and buy it because you have the money to do so feels utterly wrong.

This leads to the upcoming release of Batman: Arkham Knight that is coming from WB Games, though from a completely different developer in Rocksteady Studios. The decision to include microtransactions in Mortal Kombat X could have been NetherRealm Studios or WB Games’ decision, but it is worrisome to think about an Arkham game that could include a similar model.

The Arkham series has been known to have a good bit of paid DLC, which has provided things like costumes and even story DLC. That is more than fine, as it actually gives you content that you could not otherwise access. This is why the Kombat Pack for Mortal Kombat is great, as it’s providing us with even more playable fighters. Microtransactions in Batman: Arkham Knight would be downright atrocious however. Imagine being able to instantly obtain items like the Riddler Trophies for a fee, taking away the all important side missions in the game.