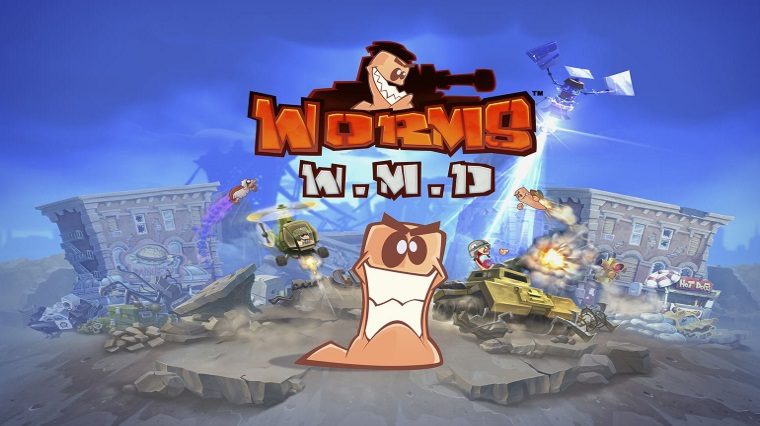 The Worms series has been a gaming staple for some time. The franchise has put out a new game at least every year as of late, and yet it seems like there’s always something new to bring players back for more. Worms W.M.D is the latest, and while it still houses the same old school turn-based gameplay that fans love, developer Team17 has made a few big additions and changes that should keep things fresh.

If you haven’t played a Worms game before then the premise is simple. You control a team of worms who are doing battle with an opposing team, or teams of worms. Each of you have various weapons on hand that you’ll use to do battle, but those fights will take place in turns. One of your characters attacks them, one of theirs attacks you, and so on. Using the very wide range of weaponry at your disposal you’ll formulate a strategy, trying to take the entire enemy team out, before they can finish you off for good.

With this simple premise Team17 has built a massive series that spans well over a dozen games. Sometimes changes are minor, sometimes major, but the core has always remained the same, and players love it. With Worms W.M.D Team17 has continued this approach, taking what worked in the past, refining it, and adding some new stuff in to really spice up the gameplay. Here they have said they are focusing in on recreating the magic of Worms Armageddon, an entry that many fans feel was a peak for the series. But they aren’t shy about throwing in big, new mechanics. 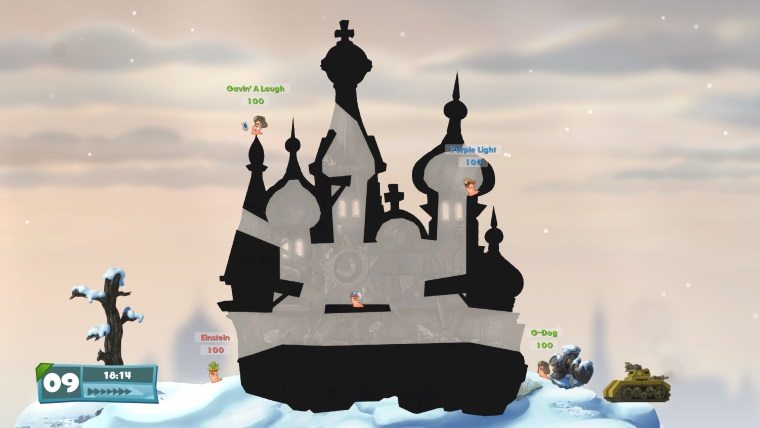 These include a crafting system for weapons, indoor areas for worms to hide or do battle in, as well as vehicles that reshape the battlefield in significant ways. At first glance these might feel like small changes, but once you get ahold of them you understand how they can change the combat. For instance, you might have an enemy worm hiding in a building, either making it so you don’t target them, or you give it a shot, only to have your explosions damage the building, instead of your enemy.

Worms W.M.D seems like a great place for both new players and longtime fans to jump into the fray

The vehicles, which include tanks and helicopters, are really cool, and fun to use. They have devastating power, and players will likely rush to control them, whenever they are available on the map. However, they also make you a big target, and an easy to hit one at that. From all the way across the map you might find yourself getting taken out by enemies, or just watch as they lay waste to your only pathway out of whatever corner you parked in.

Worms W.M.D also seems to have had a lot of work put in in other areas as well. The game is pretty gorgeous actually, eschewing the 3D-esque visuals of the past, opting instead for a very pleasing 2D art style. There was also a very nice training section, which is said to be even larger in the full game release. This is highly appreciated as Worms has always struggled with some wonky camera and weapon controls, as well as confusing mechanics, at least for newbies like myself. 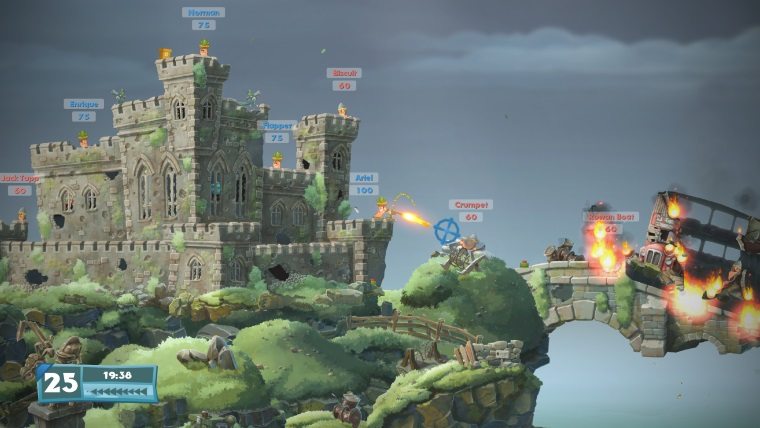 Admittedly I haven’t spent a ton of time with the Worms series, with Worms W.M.D being a pretty fresh experience for me. Sure, I’ve watched some Let’s Play videos from previous games, and even dabbled in one of the free ones that Xbox Live gave away. With that little bit of experience I was surprised to see how friendly this game was to me. Jumping in and getting going in either the single player campaign or multiplayer combat was easy, and once in I knew what I was doing throughout. Sure, the controls are still a bit tough to get used to, but the game at least makes a big effort in helping you through that learning period, which is something that I didn’t find in the previous games.

Worms W.M.D doesn’t reinvent the wheel for this two decade old series, but it does seem like a touchstone for it. With a nice new art style, a few new mechanics, and a very newbie friendly tutorial section, this seems like a great place for both new players and longtime fans to jump into the fray.