WWE Immortals Could Have Been A Much Better Game 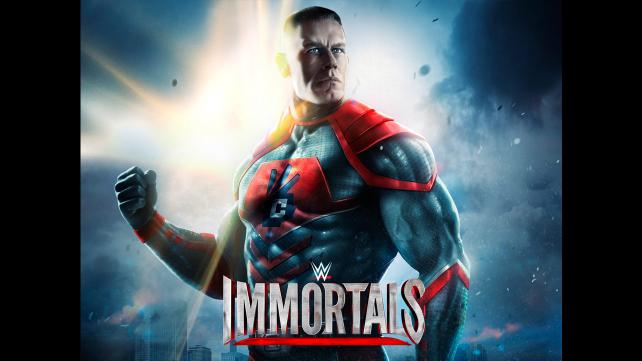 WWE Immortals’ premise is pretty cool as it strips away the PG rating the current product has, although the game’s main downfall is that it’s a mobile video game.

WWE Immortals takes WWE Superstars and Divas and transforms their large-than-life personas into more supernatural beings. Usually only Kane and Undertaker’s characters are of the supernatural kind, but in this game everyone is a super-powered being.

As a huge WWE fan, I love seeing Superstars and Divas outside of the ring and trying something different. WWE All Stars was pretty fun because the gameplay was different and unrealistic compared to the simulation-based main game.

THQ had planned to release another WWE fighting game called WWE Brawl. WWE Brawl was similar in design to WWE Immortals, but it was actually going to be released on consoles. Sadly, the game got canceled and THQ went bankrupt. Several years later, we have WWE Immortals instead published by Warner Bros. and developed by NetherRealm Studios.

The presentation in WWE Immortals is excellent. Since the game is developed by NetherRealm Studios, it looks like a Mortal Kombat only starring WWE Superstars and Divas instead. The makeovers for the wrestlers work really well too. Paige as a Dark Sorceress looks awesome, as does Trish Stratus as a White Witch. The best looking wrestlers are probably Undertaker and Kane since their characters suit this game’s setting the best. I hope Kane and Undertaker are able to make it into a Mortal Kombat game one day…

As great as the presentation is in WWE Immortals, the game’s ultimate downfall (in my opinion) is that it’s a mobile game. Because of this, the game doesn’t reach its full potential. Not to mention it takes you a long time to unlock more wrestlers that you want to be. 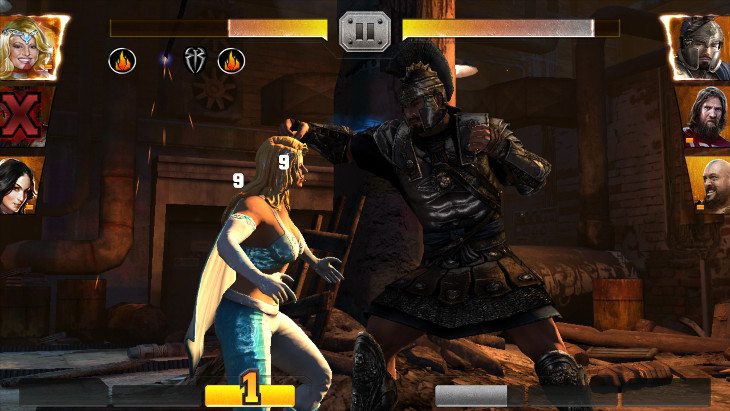 It doesn’t help the fact that you cannot choose to play as your favorite wrestlers when you start the game. WWE Immortals is totally random and you have to start playing as three wrestlers you may not want to be. I got the short end of the stick as the first three wrestlers I had to be were Big Show, Sheamus and Nikki Bella. I’m not a huge fan of either of them, so I wasn’t very pleased with the game already.

My friend on the other hand was luckier as he got Kane, Roman Reigns and Sheamus. Kane and Roman Reigns are much cooler than Nikki Bella and Big Show that’s for sure. He still had to be left with Sheamus though…

You can unlock more wrestlers the more you play the game, but this is a very SLOW process. For each fight that you finish, you will earn credits so that you can buy more wrestlers that you want to play as. However, wrestlers are expensive and unlocking all of the people you want to be is going to take you a very long time!

I was pretty fortunate that Paige was given to me early on so she immediately replaced Nikki Bella on my team. Still, playing as Big Show and Sheamus multiple times so I can unlock someone better like Kane or something was an agonizing experience. 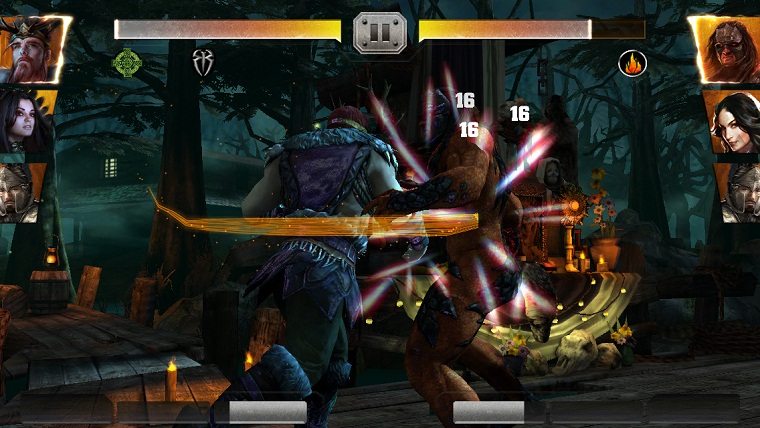 WWE Immortals is missing quite a few popular names such as AJ Lee, Stone Cold Steve Austin, Dean Ambrose, Seth Rollins and even Randy Orton just to name a few.

The gameplay itself is restricted as you can only use the touchscreen to fight. Swiping left and right allows your wrestler to dodge attacks, while tapping the screen multiple times initiates your combo. You can tag your teammates in simply by pressing on their profile picture while the special move button is on the bottom.

Using the touchscreen to fight feels cheap and unrewarding. You can literally play the game with your eyes closed and can still win. All you really need to do is tap on the screen. I have to admit, the move lists are pretty cool though. The finishers look cool and they’ve implemented a lot of actual wrestling moves into the game. Too bad the gameplay is watered down thanks to WWE Immortals only being released for mobile devices…

WWE Immortals is worth playing if you are a fan of mobile gaming. It’s free to play so there’s no harm in at least trying the game out. If you are a more of a traditional fighting game fan like myself, you will be disappointed with this game. The presentation is great, but the gameplay is too shallow to keep you interested for more than 10 minutes.