How Did Xbox One Beat PS4 in November? 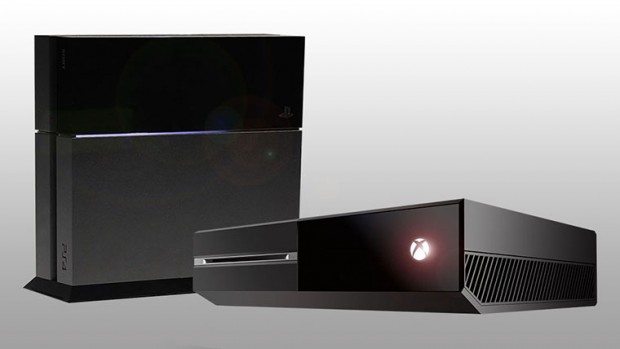 The eighth generation of consoles has seen some of the fiercest competition since the heyday of the Sega/Nintendo feud. However, while the fighting has been strong, Sony has been the obvious favorite of gamers, with sales exceeding the competition month after month. That streak ended last month though, with Microsoft’s Xbox One finally taking the sales lead. We know that the Xbox One saw huge gains, eventually making it the top selling console in the US and UK for the entire month of November, but the question remains, how did they do it? How did Microsoft go from the obvious underdog to the top spot in a single month? The answer is a perfect storm of price, game releases, and failure on Sony’s part. Let’s break down each segment of the formula.

One of the major reasons behind the PlayStation 4’s initial success was its lower price of $399. Like an old veteran speaking of his war days, gamers talk about where they were when they heard the now famous “three hundred and ninety nine US dollars” come out of Sony’s E3 press conference. It was the sound of a mic being dropped and the gauntlet being thrown all at the same time. Microsoft had already set their price point at $499, along with the later removed DRM features. Given the already understood fact that the PS4 would be ever so slightly more powerful, it also having a lower price solidified it as the top console for many gamers.

Microsoft took its time rectifying the situation, but this year they have dropped the price of the console, along with the previously required Kinect sensor. This helped boost sales, but not to the same level as the PS4. However, an all out assault began this holiday season, with the price being further lowered to $349, making it less expensive than the PS4. Microsoft then sweetened the pot by offering bundled games by the truckload. Sunset Overdrive, Assassin’s Creed Unity, and Halo: The Master Chief Collection all saw bundles released at the regular price. This, essentially made the console much cheaper than the competition, while ensuring players had a great game to play on day one. And those games are the most important element that propelled the Xbox One into the top spot.

The month of November saw some of the biggest and best game releases hit the Xbox One. The PS4 had a few as well, but the difference is that the Xbox One had more exclusives. Both had Call of Duty: Advanced Warfare, Far Cry 4, and Assassin’s Creed Unity, but along with this came a couple of exclusives that helped push the Xbox One to more gamer’s most-wanted list. The two Xbox One exclusives that had the biggest impact were Sunset Overdrive and Halo: The Master Chief Collection. While the latter was troubled with online issues at launch, the anticipation and quality of the single player content still kept it near the top of the charts. To combat these fantastic and highly anticipated exclusives, all that PS4 offered was LittleBigPlanet 3, which is a great game, but the series has always been more niche than Sony might want.

If you were a fan of first-person shooters then the Xbox One was the clear choice this holiday season, offering up Halo: The Master Chief Collection and exclusive bonuses for Call of Duty: Advanced Warfare. Likewise, if you enjoy racing games, the disappointment of Driveclub likely pushed you to wait on the release of The Crew early this month. Microsoft simply catered to more demographics this holiday season.

Essentially, throughout this holiday season, Sony has failed to follow the path of Microsoft. They offered little to no bundles, with the ones that were offered simply costing more than the base unit, which also maintained the current price of $399. They released very few exclusive games for the PS4, instead relying on third parties to push their system with exclusive DLC and slightly improved visuals and performance in multiplatform releases. These are all OK actions to take when you are on top, but could easily cause a shift in the marketplace if Microsoft steps up their game. And this is exactly what happened in November, with Microsoft doing all the things already mentioned here. Thankfully, for Sony, these deals and big game releases can’t continue, so the market will quickly and easily shift back to its normal state. However, this was a definite shot across the PS4’s bow, with the formerly untouchable giant sitting uncomfortably in the #2 spot for one of the year’s most important months.

Home / Original Articles / How Did Xbox One Beat PS4 in November?