The latest news in the world of video games at Attack of the Fanboy
June 10th, 2017 by Jelani James 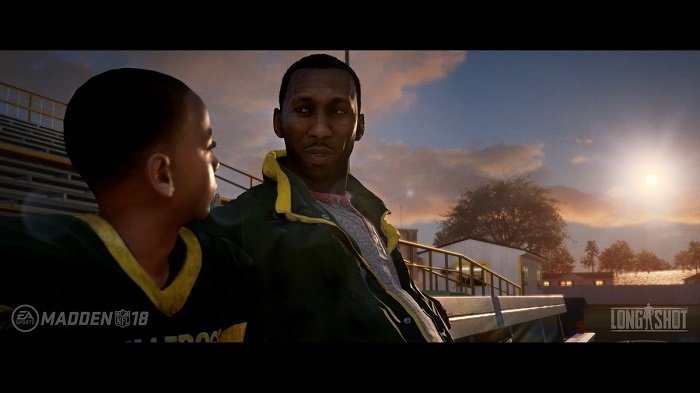 It’s been four years since we’ve seen a college football game in some shape or form, but now the sport will be making a return in the latest in Electronic Art’s Madden series, Madden NFL 18.

During Electronic Art’s EA Play news conference at E3 2017, the company showed off a trailer for Madden NFL 18’s story mode which features college football as a focal point. The trailer, titled “Longshot,” shows the protagonist, Devin Wade, who has been out of the University of Texas and out of football for several years where he served as the team’s star quarterback prior to his departure. Throughout the story, we’ll see Wade work his way up in the college football world in the hopes of achieving his dreams and being drafted and competing in the NFL.

Electronic Arts hasn’t produced a college football since 2013 when it had to cancel its NCAA Football series (1993-2013) following a class action lawsuit which alleged that EA Sports and the NCAA licencor used thousands of college football players’ likenesses without their permission. The suit was eventually settled in 2015 with the athletes receiving a combined $60 million.

E3 2017 begins on June 13, with press conferences starting today. EA Play was the among the first of these conferences where the Electronic Arts showed off new titles and other goodies coming in the near future, including a new Bioware IP and DLC for Battlefield 1.

EA Electronic Arts Madden Madden NFL 18
You May Like