How Many Warhammer Books Are There? Answered

Be glad this isn't a mandatory school reading list. 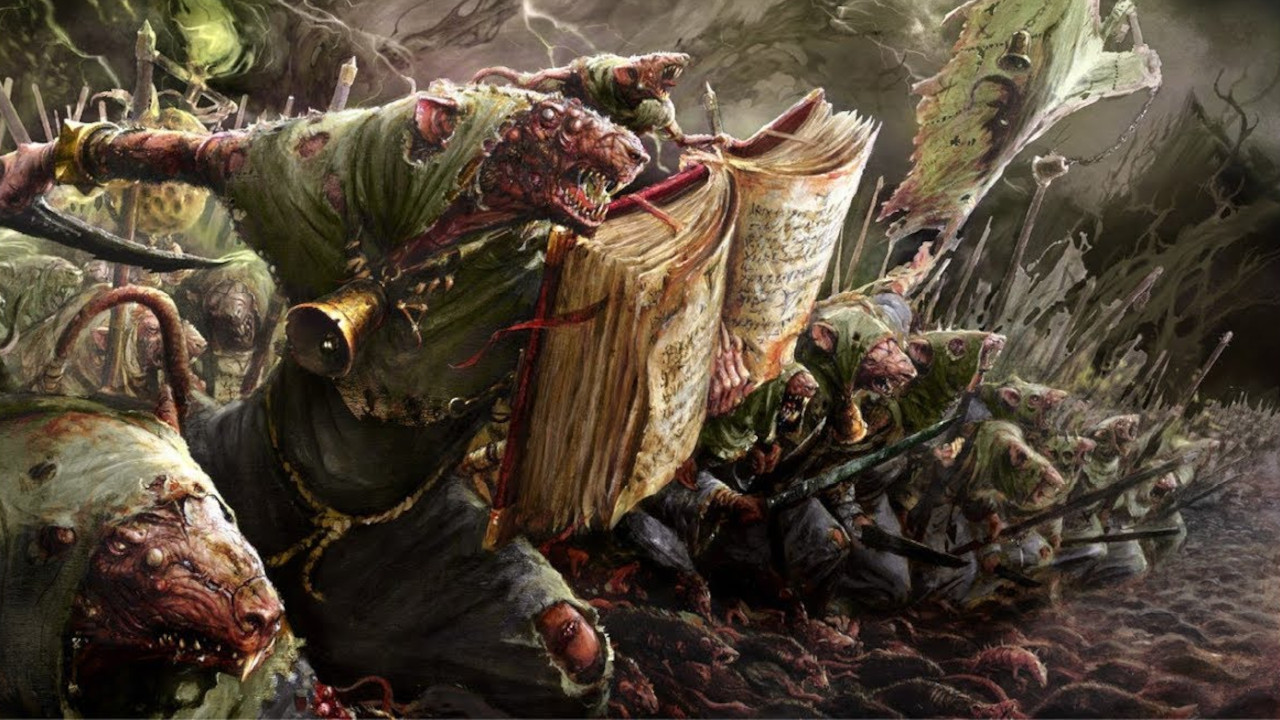 Warhammer has been a staple franchise for tabletop strategy gamers for what will soon have been 4 decades. It’s a fantastic, lore-rich world often featuring pop cultural pastiches on known fantasy authors and sci-fi tropes alike, thanks to its known Fantasy and 40,000 worlds. The franchise has countless longtime fans, including high-profile examples like Jay Mewes, Ed Sheeran, Trey Parker, Robin Williams, and most famously, Henry Cavill. But the lore is deep and vast, so newcomer fans might wonder, how many Warhammer books are there, Fantasy and 40k?

How Many Warhammer Fantasy Books Are There?

There are approximately 363 Warhammer Fantasy books, graphic novels, and collected short stories, with that number continuing to grow. This is before even accounting for individual short stories such as the ones featured in Warhammer publisher Games Workshop’s White Dwarf magazine. Many of these were collected in omnibus form, condensing this already massive number to a still mighty 132, and this is without getting into 40k. This chronicles various chapters in the Warhammer universe, going through classic stories and into the End Times and Age of Sigmar as well.

How Many Warhammer 40k Books Are There?

Warhammer 40k has a massive, intimidating book count of at least 530 novels, short stories, anthologies, audio dramas, and e-shorts. The Warhammer 40k series, despite being newer than the original Fantasy battles, is undeniably more iconic and feels distinctly more original. While much of it is an even more aggressive mashup of sci-fi and fantasy tropes, references, and pastiche, it’s also an utter goldmine of rich lore. It’s difficult to pinpoint just how much of these stories are all in collected editions, but chances are, if you have a favorite army in 40k, there’s probably a novel or a game about them.

Other Interesting Facts About the Authors

But these books are highly worth getting into for the magnificent work of authors like Aaron Dembski-Bowden, Gav Thorpe, James Swallow, Graham McNeill, and Dan Abnett. The cultural imprint of these authors is well-known both in and out of the community. Dembski-Bowden’s contributions to the Horus Heresy collection of stories as well as stories featuring Imperium factions like the Grey Knights, and Chaos Space Marines like the Night Lords and the Black Legion. Thorpe contributes some fantastic lore on the Eldar, among other stories.

James Swallow is a renowned sci-fi author, having a footprint in Star Trek, Stargate, 2000 AD, and Doctor Who, and has amassed BAFTA nominations for his work. Graham McNeill, on top of working with 40k lore, is known in the League of Legends community as a senior narrative writer. And Dan Abnett is perhaps one of the most beloved 40k authors of all, breaking into other mainstream writing projects including writing comics for Batman, Guardians of the Galaxy, and New Mutants among many others.

The Warhammer books are beloved because the fans recognize how much love the authors put into their work. It’s a massively intimidating reading list if you wish to read it all, but you’re not expected to. Different writers gravitate toward different factions, armies, and periods of the canon with the intent of writing for characters and worlds different people find interesting. While some are certainly more vital reading, such as Eisenhorn (being developed at Prime Video) or Horus Heresy (crucial 40k lore, the origin of the series’ state of affairs) there is no reason it should be read in any particular order, but it warrants checking out.

More on Attack of the Fanboy :
Warhammer Warhammer 40K

Attack of the Fanboy / Entertainment / How Many Warhammer Books Are There? Answered