Check out a few mecha anime sure to show you why the genre is so beloved all over the world! 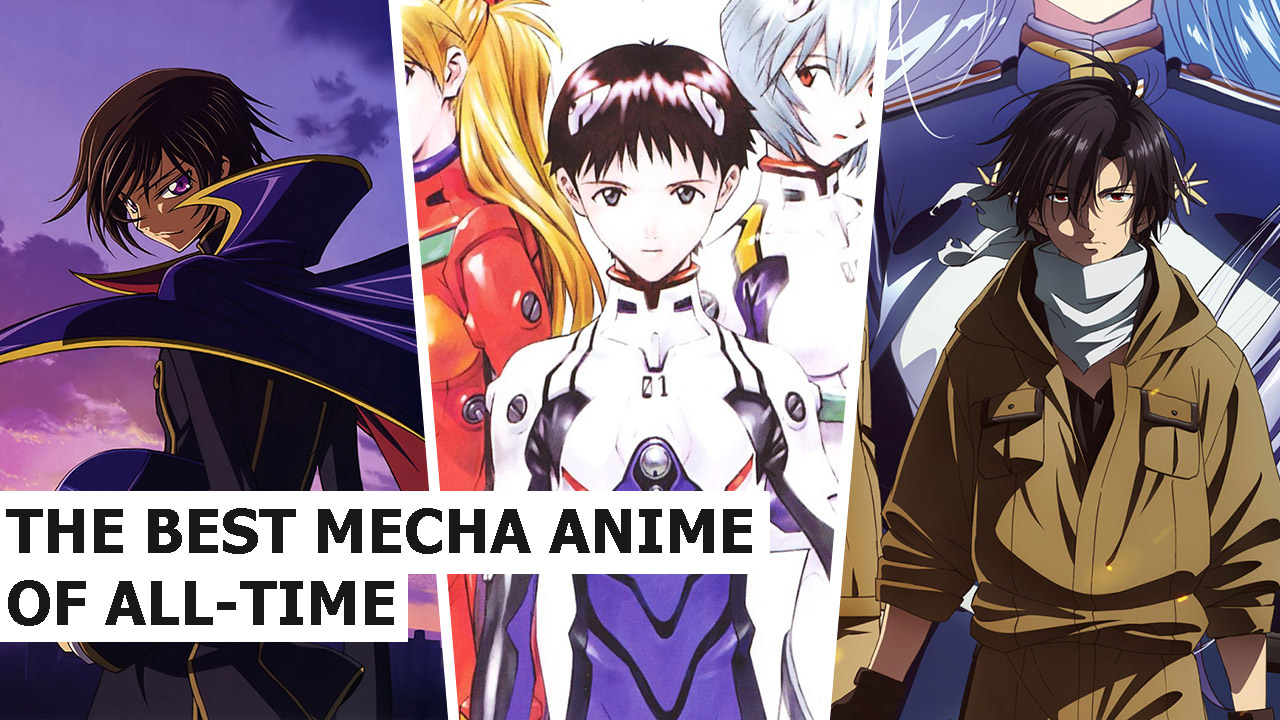 Ever since its debut, the Mecha genre became one of the biggest in both anime and manga, which new titles being released almost early. But what are the best Mecha anime? Now, to answer that, as well as to help everyone looking to check out the best of what the genre can offer, here are the 5 best Mecha Anime of all time, ranked.

To start our list we have 86 Eighty-Six, the anime adaptation of Asato Asato’s light novel series of the same name. Among the titles in our list, Eight-Six features some of the best action scenes, all while keeping watchers in a constant state of mourn, as they witness the rash reality upon which the series sets itself.

The series takes place in a world where humanity is on the losing end of a war against the Legions, an army of self-driving machines. And follows the story of both tactical commander Vladilena Milizé and Shinei Nouzen, codename Undertaker, a member of the 86 District, and one of the many soldiers made to pilot the Juggernauts mechas into battle to bleed and fight in this war ”without casualties”.

You can currently watch both parts of the first season of 86 Eighty-Six exclusively on Crunchyroll. There is still no news regarding the production of a second season.

The 11th installment in the Gundam franchise is responsible for popularizing and coining the mecha genre of both anime and manga. Mobile Suit Gundam 00 is the perfect entry point for the franchise as well as one of its best installments, thanks to its high-class animation, courtesy of studio Sunrise, as well as its excellent plot and characters.

In the series, we follow the story of the Celestial Being organization and its Gundan Pilots, as they must fight to keep the peace in the world.

Tengen Toppa Gurren Lagann, also known as just Gurren Lagann is considered one of the best original anime of the 2005-2010 era. With that said, the anime is also a must-watch for all fans of the mecha genre, thanks to its signature animation, cast of charismatic characters, and story, which is filled with epic and heart-harming moments, as well as gut-wrenching scenes.

Tengen Toppa Gurren Lagann is set in a world where humanity was forced to live underground for generations. In it, we follow the story of Simon, a kind-hearted boy who, after finding a mysteriously drill-shaped device and a just as mysterious and weird-looking mecha, embarks on a venture toward the surface in the search of both hope and answers.

All episodes of Tengen Toppa Gurren Lagann can currently be watched on Hulu.

2. Code Geass: Lelouch of the Rebellion

It is impossible to set up the best anime list without having Code Geass in one of the top spots. The series, which follows the story of Prince Lelouch Lamperouge, who actively begins his quest for revenge against both his birth father and the Brittania empire after being given a mysterious power, is a complete experience, filled with emotion, twists, and an ending that marked a generation. Thus truly segmenting the series as one of the best in anime.

First released in 1996 and arguably the most well-known mecha anime of all time, Neon Genesis Evangelion may very well also be the most iconic of our list, given its storytelling, elements, and overall aesthetic.

In Neon Genesis Evangelion, we join the series’ protagonist Shinji Ikari as he is thrown into the middle of a war, as humans try to avoid the end and stop the catastrophe brought to the world by the arrival of the Angels. — a feat only manageable by the deployment of the Evangelion bio-machines.

For those new to the series, we highly recommend that you first watch the original Neon Genesis Evangelion anime series, then The End of Evangelion, and only then turn your attention to the new Rebuild of Evangelion movies. Which features a retelling of the story, all while presenting new elements, characters, and a completely new ending. But be advised, as diving into the world of the EVAs will completely break you, rebuild you, and then break you again in a fashion only a few of this kind are capable of.

Attack of the Fanboy / Entertainment / The 5 Best Mecha & Robot Anime of All-Time, Ranked