And how to put up with Tyra. 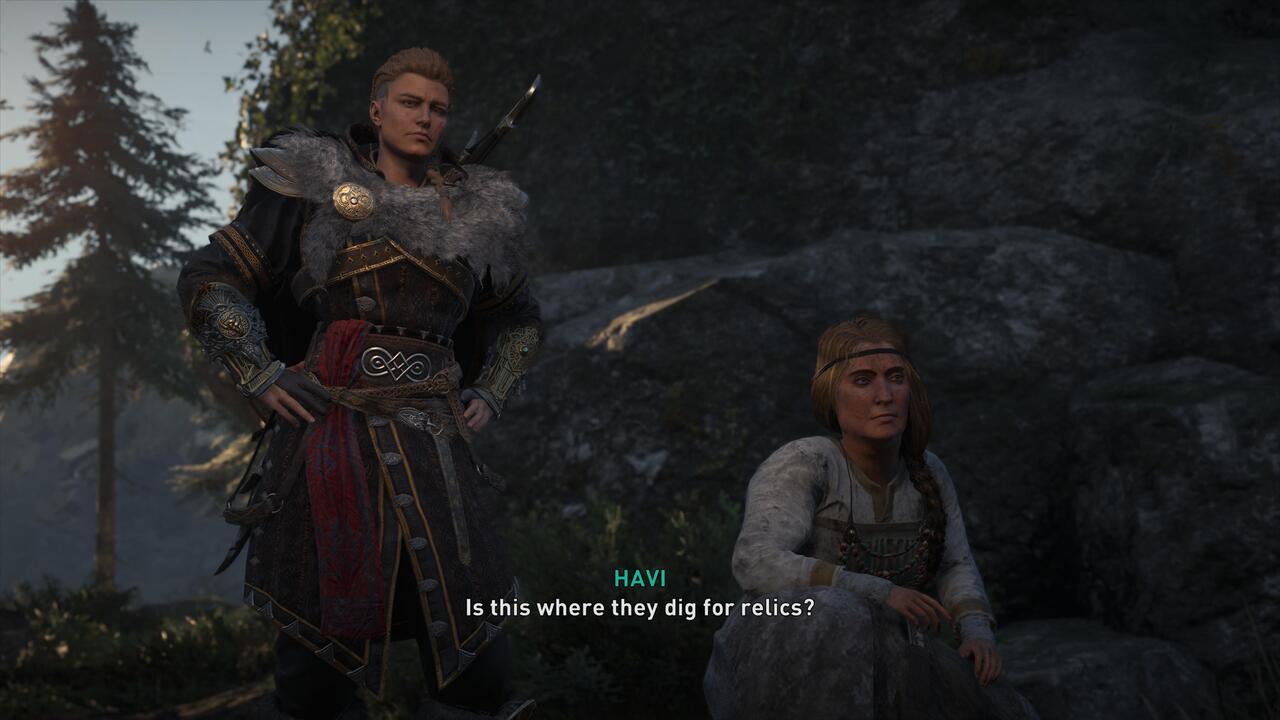 Where is Fritjof in Assassin’s Creed Valhalla: Dawn of Ragnarok?

As mentioned previously, you’ll get this quest after finding the Grenhellir Shelter. Here are the steps you need to follow to complete the Finding Fritjof quest:

First, you’ll need to travel across the bring into Uldar. Kill all of the Muspel while making your way up the street on the right. Dispatch the next group of Muspel and climb up the ladder. Go through the window to enter Fritjof’s house. Unfortunately, he isn’t there. Search the abandoned house for clues of where Fritjof went. Use R3 to scan for the clues. There are 5 clues in total.

The next place you’ll need to go is the Smelting Foundry. Either clear out the Muspel or use the rooftops to enter the Smelting Foundry undetected. For an Uncut Gemstone and a ton of Iron Ore, travel up to the second level and forward into the Foundry. Use the Power of Muspelheim to assassinate the Muspel and not get hurt by the lava. After freeing the dwarves cornered by two Muspel, travel down the corridor on the right with jailed dwarves. Free Tyra and escort her out of the Foundry. Use the Power of Muspelheim to sneak past all of the Muspel and take Tyra outside.

Once you are outside, follow Tyra onto her boat and across the river. Kill the Muspel patrol and continue following. At the fork in the road, scan the environment for clues. Kill the wolves and continue. Fritjof is trapped in the center of the Fornama Dig Site in a cage. In order to get the key, head to the west side of the dig site. Use the stairs leading down and use the Power of Muspelheim to get into the room. Also, loot the chest from some Platinum. Head back to Fritjof and carry him back to Tyra.

That will complete the quest, rewarding you with 6800 XP and the Scholar and the Sunstone quest. For more quest help or tips and tricks when it comes to things like the fastest way to get Silica or what difficulty to choose, check out our Dawn of Ragnarok guides.