The latest news in the world of video games at Attack of the Fanboy
February 27th, 2017 by Dean James 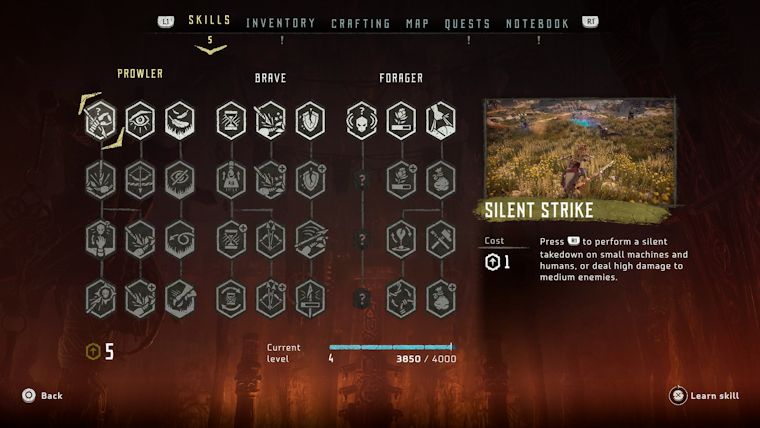 Horizon: Zero Dawn may seem like your typical action-adventure game on the surface, but inside of that experience is an RPG at heart. With that comes a leveling up system that also allows you to upgrade your skills as you make it further into the game. With 36 of them in total to unlock in Horizon: Zero Dawn, we thought we’d give a rundown of them all for you to look over without having to go into the menus for some planning.

Skills for Aloy are split into three different categories in Horizon: Zero Dawn, Prowler, Brave, and Forager, which each have 12 skills available. Each also has four tiers, of which you must unlock the first to be able to unlock the one under it and so on, though a few branch off. The first tier for each will cost one skill each to unlock, with the second costing two, and the third three. However, while there is a fourth tier, it only costs three to unlock those skills, rather than the four you would expect.

The Prowler category is mostly as it sounds, with it being focused more on stealth and sneaking around enemies, including taking them out silently.

The second batch of skills known as Brave are more focused on weapon-based attacks, with this introducing perhaps the most important skills of all.

The final batch of 12 skills that are known as Forager are more of a miscellaneous group of skills, though they do include some that involve finding supplies, but also overriding of machines.