King’s Knight: Wrath of the Dark Dragon Is Available Now

The latest news in the world of video games at Attack of the Fanboy
September 13th, 2017 by Jose Belmonte 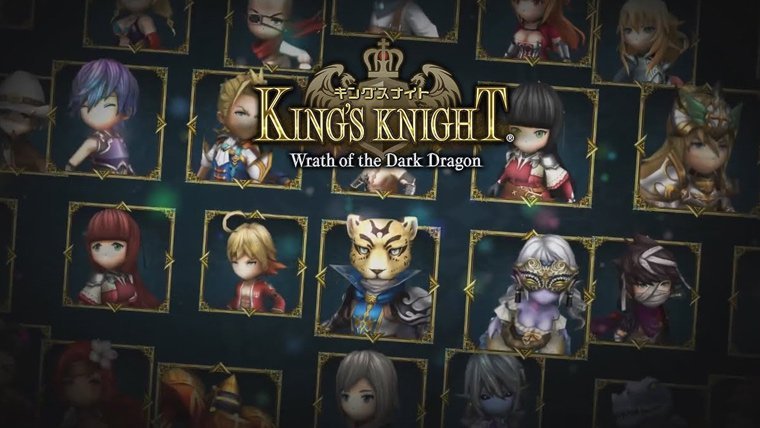 Square Enix has launched today its latest fantasy mobile game. It’s an action scroller game called King’s Knight: Wrath of the Dark Dragon, and it may sound familiar to some players, as the game is actually a modern version of a classic title released 30 years ago. Not only that, but players of Final Fantasy XV will recognize it as the game that Noctis and his friends play most nights they stay at a hotel, making it a semi-spin-off of the RPG.

King’s Knight is a thrilling action game that is set in a classic fantasy world, and in which players launch attacks while the screen is constantly moving upwards, with the added difficulties of certain barriers. The game is free to play and it allows coop game for up to four players. This new version also features adapted controls, offering players to control the game with their both hands or only with one, right or left. The game received a new trailer during past E3 2017.

Here is an official overview of the story via press release: 6th Moon of the Luvan Year 320. Princess Claire of Olthea is abducted by the Dark Dragon Tolfidan. Meanwhile in Olthea, four brave souls receive the blessing of the time god Khalam, and embark on a quest to rescue the captured princess. After numerous trials and tribulations, the four heroes arrive at the gates of Tolfidan’s stronghold…

King’s Knight: Wrath of the Dark Dragon is available now to download for free from the App Store for iOS or Google Play Store for Android.