Pokemon Go is Dying Because of Niantic’s Absurd Decisions

The latest news in the world of video games at Attack of the Fanboy
July 31st, 2016 by Kyle Hanson

What the hell is Niantic doing? This statement has been said by me and a few thousand (or million) other players of Pokemon Go over the last few weeks. After launching in early July, Pokemon Go became an instant success, quickly overtaking massive services, such as Twitter, in number of daily users. However, that success came at a cost, and the game saw terrible server issues that locked players out entirely. That was annoying, but understandable. What’s not understandable is pretty much everything that has happened since.

About a week after launch a bug appeared. The Nearby list, which is the only way to know if a Pokemon is anywhere near you, switched from displaying a small number of footsteps for Pokemon that were close, to just showing three for all, and essentially being a random assortment of Pokemon within 200 meters of you. Considering the fact that Pokemon will disappear if not found within a few minutes, this made the entire feature useless. Niantic said nothing on the matter, so fans have run wild with speculation and conspiracy theories. Not really what you want your community doing just a few weeks after launch.

But there were saviors. Various services sprung up that used Pokemon Go’s very own API to determine Pokemon locations, and then display them for you on a map. Sure, it was technically cheating, but as long as this “bug” was present they were literally the only way to track down Pokemon, especially the rare ones. Players flocked to the services, using them as sort of a back up, for when that Charizard pops up on your Nearby list and you have to find it as fast as possible. And then, last night, they all stopped.

Niantic made good on their threat…I mean statement that the radar apps might be shut down. The latest update also added insult to injury by simply removing the footsteps from the nearby list altogether. So now we have a Pokemon hunting game where you have no way to hunt Pokemon. So what the hell is Niantic doing? 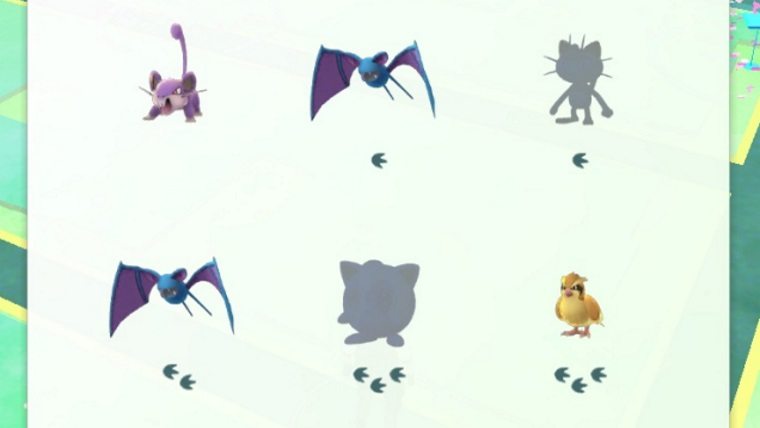 The answer is, no one knows. This is because the company has been amazingly silent on all of these matters. They have, out of nowhere, created the biggest mobile game, possibly of all time, and in two weeks they have practically destroyed it. Sure, their player numbers might stay up for awhile, we don’t have public access to these to see how the community at large is reacting. However, in communities set up about the game, such as the Pokemon Go subreddit, you can clearly see the frustration.

You don’t invent Marco Polo, get 80M players to join, then remove the Polo part and expect people to keep playing. – Pokevision developer

Players are pledging to not buy in-game items anymore, reviewing the game poorly, asking for refunds, or just deleting the game entirely. These are the die hard players, these are the “whales” to use the free-to-play terminology. Admittedly, I was a whale too. After years of not spending a dime on a free-to-play game, this was the one that hooked me. So far I’ve dropped $50 on Pokemon Go, and I was ready and willing to spend more. But that dedication was there because the game allowed me to actually play it how I wanted to. I could try to find rare Pokemon, then track them down and catch them. That is gone now.

And this is only the biggest part of the current controversy surrounding the game. The update that hit last night made a few other undocumented alterations, all of which seem to make Pokemon Go a worse game to play. Players no longer get XP bonuses for getting Nice, Great, or Excellent throws, taking away what small amount of skill bonus the Pokemon catching mechanic offered. Also, curveball mechanics have been changed, making it harder to use, and eliminating some of the skill portion of it. And even worse than those, the scan radius around players was altered in unspecified ways, making for a more unpredictable experience for players. All of these changes are terrible on their own, but collectively they serve to insult every single one of Pokemon Go’s millions of players.

We’ll have to wait and see if Niantic has some master plan, because as it stands they aren’t telling anyone anything. Players are in the dark, both in terms of where to find Pokemon, and what the hell is going on with the game. So far almost every change has been for the worse, and they are all introduced in such odd and inexplicable fashion. Whether players abandon quickly or not is anyone’s guess, but if things continue down this path there is no doubt that they will abandon Pokemon Go, and a once great game will become synonymous with failure and an unwillingness to have even the most basic form of communication with your players.

Hopefully I’m wrong, and Niantic will be rolling out their tracking feature come Monday. For now, all of my trips to local Pokemon spots are cancelled, and I’m very close to just dropping the game entirely. Two weeks ago that thought would have been crazy to me.