The latest news in the world of video games at Attack of the Fanboy
October 22nd, 2014 by Dean James 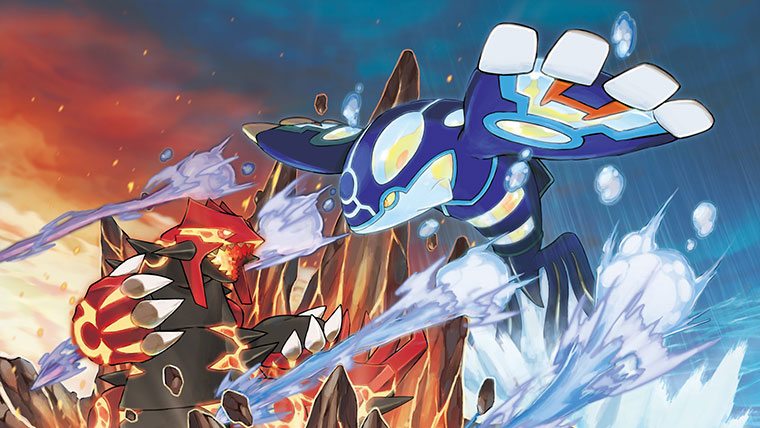 In honor of being exactly one month from the release of Pokemon Omega Ruby and Alpha Sapphire, Nintendo and Game Freak presented gamers with the demo for the game. Similar to the one for Super Smash Bros. for 3DS, not everyone could just download it, but they still made it extremely easy to get, as explained here.

Also similar to the Super Smash Bros. for 3DS demo, the Pokemon Omega Ruby and Alpha Sapphire demo features unlimited plays. The recent Bayonetta 2 demo and some other demos on either Nintendo platform have only provided 15 or so tries before it was locked away completely. The fantastic news is that this demo allows anyone to play it to their heart’s content to prepare for the release of the full game on November 21.

Taking a cue from some other Nintendo platform demos, such as Bravely Default, the demo is far from just the beginning portion of the game. Instead, the demo starts on Mossdeep Island with the protagonist Brendan, being pre-named Orlando, while speaking with Steven. By doing so, nothing is being taken away from the full game itself by making the opening feel like a retread at release, but rather giving a different glimpse into the game.

Just like every other mainline Pokemon game, the player gets the opportunity to choose a starter Pokemon. However, instead of the usual level 5 base evolutionary level Pokemon, the three choices are the second stage evolutions of the three starters, each of which start at Level 35. This allows the game to move straight into the action with strong moves, such as Combusken’s Flamethrower, which was an excellent decision in a very short demo.

Beyond the ability to then evolve the chosen starter to its third evolutionary stage, the demo brings back the Mega Evolutions that played such a major part in Pokemon X and Y. The first playthrough will allow the player to try out one of Mega Blaziken, Mega Swampert, and Mega Sceptile.

In a fantastic move by Game Freak, after beating the demo once, it can be replayed with a party full of all three starters at their third evolutionary level. This means one can not only see which he or she prefers at that stage, but also the ability to access the Mega Evolutions of each. Instead of going in blind when the full game releases, those who play the demo have a chance to experience all three beforehand, to see which one gels best with his or her gameplan.

The demo provides much more than just a teaser for Pokemon Omega Ruby and Alpha Sapphire, as there are a few things that can be transferred over to the full game upon completing the demo. The most important of these is easily Glalie, who has the ability to transform to the brand new Mega Glalie.

Once completing the game for the first time, there is an option to play many more times, with each eventually limited subsequent playthrough being a little different and quite short. By completing the demo three times and beyond, other items will be unlocked that can be transferred over as well, so there is plenty of reason to keep playing beyond the first playthrough.

Exploration is not too prevalent in this demo, due to being isolated to only a few locations, but in the little that can be seen, the game looks as good as expected. The former 2D environments of Ruby and Sapphire are fully realized in 3D this time around, with backgrounds that looked even more vibrant than in Pokemon X and Y. This improvement can even be seen in the backgrounds of the actual Pokemon battles themselves. With this only being a taste, it will be very exciting to experience the rest of Hoenn in glorious 3D next month.

If you are able to secure a copy of the demo through one of the various means, there is no reason not to at least play through it once. The demo not only gives everyone a fun teaser for the full game, but provides everyone a free Pokemon that can be used when Pokemon Omega Ruby and Alpha Sapphire releases on November 21.