A Taste of The Elder Scrolls V: Skyrim Art 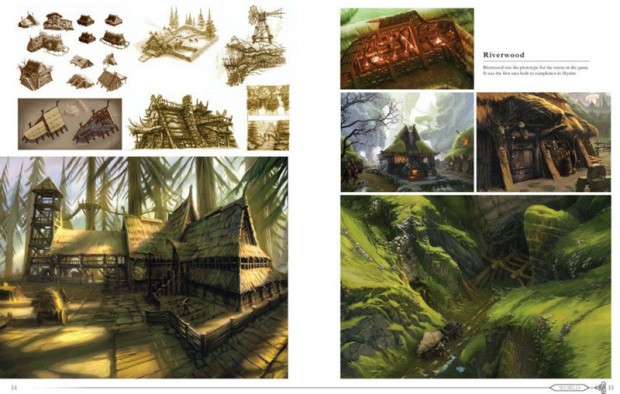 When you purchase The Collector’s Edition of The Elder Scrolls V: Skyrim you’ll also get a 200 page book which houses the Official Artwork of the game.  Bethesda recently gave us a taste of the art behind the game when they released four out of those 200 pages to the Elder Council page on Facebook.

As you can see, this is a must have for Elder Scrolls and those that might have been on the fence about picking up the collector’s edition.  The limited Collector’s Edition will also feature a burlap map of the land, and a dragon bust statue.

The Collector’s Edition is up for pre-order now, but there’s no telling if this will be a limited run or not.   The Elder Scrolls V: Skyrim is gearing up for a November 11th release date on PC, PS3, and Xbox 360.